"You think they want me to have all these plaques?" the man who is one of the generation's most idolized hip-hop moguls asks, letting his camera glide over his wall of gold and platinum albums in yet another Snapchat video. "They don't. They don't want you to win."

Every generation has their star motivational speaker, their glowing symbol of hope. Wayne Dyer, Zig Ziglar, Tony Robbins all provided inspiration and determination to countless souls, and yet none have ever matched the notoriety and influence that musician DJ Khaled currently has. Encouraging and supportive, Khaled has taken social media by storm.

Khaled currently has over two million followers on social media platform Snapchat, with more on others like Twitter and Instagram. The 40 year old daily shares his personal keys to success and gives brief mini speeches that raise self-esteem and inspire anyone watching. His trademark phrases and popularity even prompted a shout out from the White House in its first ever Snapchat story that contained the caption: "The key: get some rest before the big day." 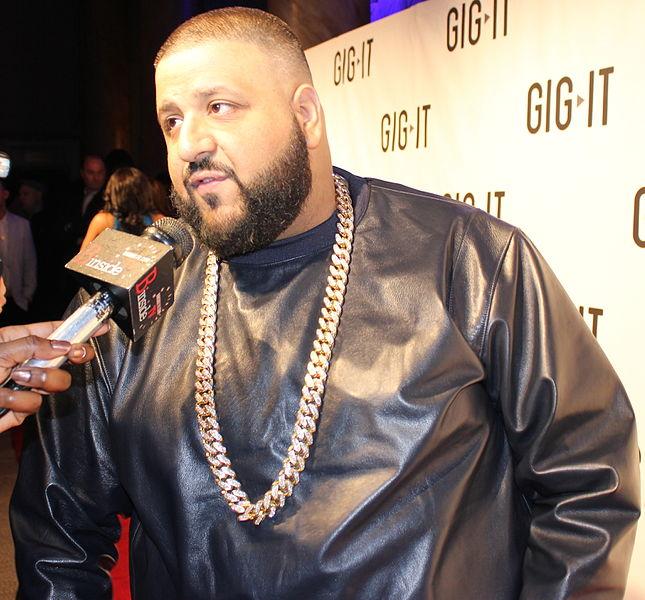 Photo: Millions of followers watch his stories every day.

Photo: Millions of followers watch his stories every day.

Whether he's in the kitchen eating Chef Dee's breakfast of turkey sausage, egg whites, and bottled water or lost at night on his jet ski, DJ Khaled has certain phrases that never grow old. Granted, there are those that don't follow Khaled – "All I know is that he was like trapped on an island and ate a sandwich or something," senior Eric Chen said – but a lot of Blazers do. In this article, Blazers explore what these life lessons mean to them.

One of DJ Khaled's biggest character traits is his perpetual gratefulness for everything he has, and that translates into his Snaps. "I think 'bless up' means being blessed or being grateful for everything you get," senior Zaafira Elham said, "it's also a way to say hi."
However, that doesn't mean Khaled sits back and is content with what he's got. Much like a personal trainer (although less in shape), the rap icon is all about 'another one,' pushing yourself to the next level. "Another one means 'more'," senior Kaleab Ribbiso said. "It means never accept mediocrity. It means to exceed your expectations. Above all, it means to never give up."

Khaled also helps his fans get to the next level by putting out a continuous stream of advice, which he calls 'keys to success.' "Major key alerts are advice that DJ Khaled gives that he thinks will help people be more successful in life," Elham said. When you see these signs, usually denoted by a key emoticon, you know that you're about to receive some invaluable advice or truth.

After all the inspiration and motivation, one thing is left: promotion. Khaled peppers his phrase "we the best!" onto everything – it's the name of his merchandise website, personal record label, and second record.

No matter what Khaled's saying or doing, his Snapchats are currently watched by millions internationally. Some, like McMillan, watch for pure entertainment. "I watch for the entertainment," he said, "but it's also interesting to see the things that people with absurd amounts of money and free time do that doesn't show up in tabloids or news."

Others, like Ribbiso, watch in order to get inspired or motivated for the day. "His stories give me motivation," Ribbiso said, "whenever I'm up at 2 AM doing homework and considering if school is even necessary to be successful in life, I can just watch a few of his stories and have a renewed passion."