Washington Nationals and the National League 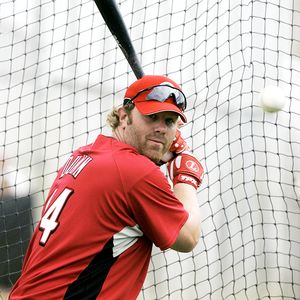 Photo: Slugger Adam Dunn is Washington's biggest addition. They'll look to him to for big-time hits. Photo courtesy of Espn.com

Photo: Slugger Adam Dunn is Washington's biggest addition. They'll look to him to for big-time hits. Photo courtesy of Espn.com

It has become quite apparent that the Nats' offseason dealings in the past have rarely panned out. This year, they went after Adam Dunn, signing him for two years on a $20 million contract. A first baseman, Dunn has posted at least 40 homeruns in the past five seasons, though his .236 batting average last year is troubling. He is joined by pitcher Scott Olsen and outfielder John Willingham, both picked up from the Marlins. Although Olsen's bad attitude has gotten him into several disputes with league officials, his 30 wins in the past three seasons ranks him second out of pitchers 25 years old or younger. Willingham is a power-hitter whose consistency will help boost a poor Washington offense.

After an explosive 2008 season that included a .316 batting average and nine home runs, shortstop Cristian Guzman will need to churn out big numbers once again this year. Third baseman Ryan Zimmerman, who seemed poised to turn into Washington's franchise player just a couple years ago but has yet to reach such status, is a solid batter hitting third behind Guzman. Dunn will be hitting clean-up and while he'll add power to the Nat's batting circle, he'll also add strikeouts. Still, the top of the order is relatively strong and the bigger concern is the rest of the starting roster. Washington will need Nick Johnson, who was plagued with a wrist injury last year, to return to form and hit like he did in 2006, when he batted .290. 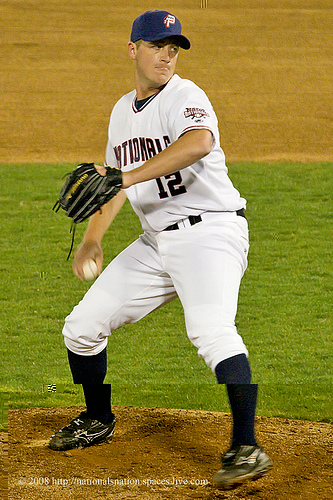 Photo: Jordan Zimmerman may just be Washington's top prospect. If he turns out to be anything like he was during Spring Training, he'll become an integral part of the Nats' rotation.

Photo: Jordan Zimmerman may just be Washington's top prospect. If he turns out to be anything like he was during Spring Training, he'll become an integral part of the Nats' rotation.

As is often the case, the success of the Nats comes down to their pitching. Without any outstanding individual, this staff will need to exploit its big feature: youth, as the rotation's average age is 24. The projected starters are John Lannan, Olsen, Daniel Cabrera, Shairon Martis and Jordan Zimmerman. Lannan averaged under four earned runs last year, but will need to find better consistency and improve heavily on his nine-win season from 2008. Zimmerman is one of the Nats' top prospects and some are already labeling him a rookie of the year candidate. He led the staff with 20 strikeouts during spring training and gave up no runs in his first 12 innings pitched. Washington may find most of its trouble in the bullpen, where Saul Rivera is the only one who has demonstrated he can relieve for an entire season.

After going .500 in their first season in Washington in 2005, the Nationals have declined until they were just plain dismal last year. While improvement seems imminent, it's unlikely we'll see any sort of transformation like the one the Tampa Bay Rays pulled off last year. This will be the case of a terrible team moving up to simply bad.

The Mets haven't tasted the World Series wine since the "subway series" of 2000. At the start of the past few seasons, New York has seemed poised to return before falling apart badly sometime during the season. For this reason, many are treating this year's Mets squad with distrust, essentially saying don't just look good, be good. But this isn't last year's team. They've addressed their biggest problem in acquiring Francisco Rodriguez to stabilize the bullpen. Rodriguez led the league in saves last year with a record 62, and has plenty of energy at age 27. On the offensive side, New York has plenty of guys who know how to smack 'em, including sluggers David Wright, Carlos Beltran, Carlos Delgado and Jose Reyes. It's time for this New York team to prove that collapse is not in their nature and show the world just how much talent they have.

Baltimore Orioles and the American League

Photo:
The Orioles have not had a winning season in the past 11 years and are 108 - 146 under Manager Dave Trembley, who was promoted from bullpen coach midway through the 2007 season. Baltimore aims to contend with heavyweight division teams like the 2008 American League Champion Tampa Bay Rays as well as perennial powerhouses the Boston Red Sox and the New York Yankees. This year, the Orioles strive to improve their record by strengthening their bullpen and reorganizing their batting lineup. So far, they're off to a hot start with a 6-3 record.

Since releasing Miguel Tejada in 2007, the Orioles have gone through six different shortstops. The Birds are looking for some stability in the infield with the acquisition of César Izturis from the Cardinals, who won the National League Golden Glove in 2004 and has racked up 822 hits since 2001. 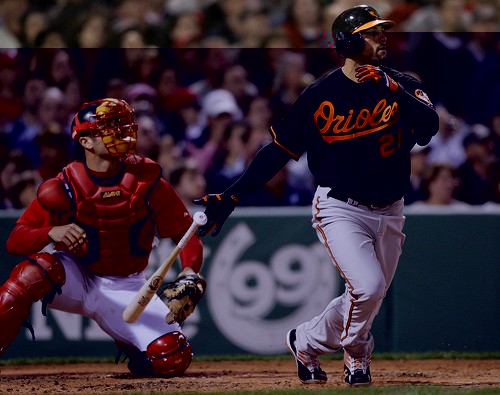 Photo: Hitting phenom Nick Markakis, who hit for a .306 batting average in 2008, signed for a 6-year extension with the Orioles this year.

Photo: Hitting phenom Nick Markakis, who hit for a .306 batting average in 2008, signed for a 6-year extension with the Orioles this year.

The Orioles continue to develop the core for their offense, centered on right fielder Nick Markakis. Markakis led the team last year with a .306 batting average and 87 RBIs. Other key offensive players for Baltimore include converted first baseman Aubrey Huff and veteran third baseman Melvin Mora. Second baseman Brian Roberts remains a cornerstone for the Orioles' offense, hitting a .284 batting average with 226 stolen bases for Baltimore in the past eight years. The Orioles also look to young catcher Matt Wieters to bolster their offense. 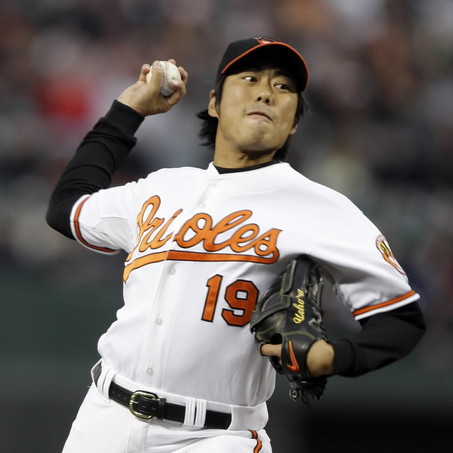 Photo: Japanese recruit Koji Uehara has started out the season with a 2-1 record and a 5.29 earned run average.

Photo: Japanese recruit Koji Uehara has started out the season with a 2-1 record and a 5.29 earned run average.

The Orioles will continue to work on their developing bullpen, whose collective earned run average was 5.15 during the 2008 season. Jeremy Guthrie has emerged as an ace starting pitcher for Baltimore, with an impressive 3.63 ERA and 120 strikeouts. The Orioles will also rely on closer George Sherrill, who was acquired last year and recorded 31 saves. However, the Orioles's 68 - 93 record at the end of the season left some room for growth. The Orioles look to potential closer Chris Ray, who missed parts of last season for a Tommy John procedure, as well as rookie starter Koji Uehara, who racked up a 3.01 ERA during the last ten 10 seasons in Japan.

Baltimore has been dormant for the past decade and will likely fall to the bottom of the AL East rankings before the end of the season. However, the Orioles have brought new talent to their squad in hopes of rejuvenation and should be playoff contenders in the years to come. 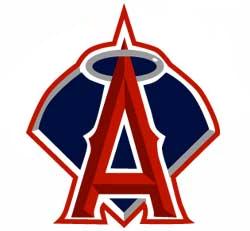 Photo:
The Angels of Anaheim are better this season than they've ever been in recent memory. The Angels have been steadily improving since winning the 2002 World Series against Barry Bonds and the San Francisco Giants. The Angles made it to the playoffs last year with a 100 - 62 record, but were cut down by the Boston Red Sox, three games to one, in the first round of playoffs. This year, the Angels are back with a vengeance with key hitters second baseman Howie Kendrick (.306 BA, 37 RBI) and catcher Mike Napoli (.273 BA, 20 HR).


Jeremy Gradwohl. Jeremy is a good, upstanding citizen. He likes the city of Takoma Park, baseball, good music and the Orioles back in the day when they had Cal Ripken Jr. Nature also plays a big part in his life. More »