On Thursday, July 17, Malaysia Airlines flight 17 en route to Kuala Lumpur via Amsterdam was shot down over the Donetsk region of Ukraine near the Russian border. None of the 298 people onboard survived.
U.S. intelligence shows that the plane was shot down. A U.S. radar system saw a surface-to-air missile power on and begin to track an aircraft at about the time the explosion occurred, and a second system saw a heat signature indicating a missile rising into the air.
Currently, officials are uncertain as to who is responsible. Russian forces deny any involvement, while Ukrainian officials blame separatist rebels in the region. The rebels, in return, blame the Ukrainian government. However, the missile was launched from a separatist-controlled region of Donetsk, which would indicate the rebels as the instigators. Additionally, Ukrainian officials have released intercepted audio recordings of rebel officials discussing shooting down a civilian aircraft, but these recordings have yet to be verified.
The plane was at an altitude of 32,000 feet when it was shot down, indicating that the missile used must have been from a sophisticated weapons system. Although both Ukraine and Russia have access to such weaponry, U.S. officials say that just days before the plane went down a shipment of such weaponry, including rocket launchers, crossed the border from Russia into Donetsk. Additionally, the machinery needed to fire such a missile requires specific operation training, and "we know [Russian separatists] have received steady support from Russia, which includes heavy weapons and training," President Obama said.
Access to the crash site is limited, as it is in rebel territory. Ukrainian officials, as well as authorities from multiple other organizations, have gathered to investigate the flight, but have yet to be granted access. "It basically looks like one of the biggest, or the biggest, crime scene in the world right now, guarded by a bunch of guys in uniform with heavy fire power, who are quite inhospitable," Michael Bociurkiw, a member of the Organization for Security and Cooperation in Europe, said.
Situations are further complicated by the unrest in Ukraine. The U.S. and the European Union have already imposed sanctions against Russia for annexing Crimea, but it's beginning to look like that may not be enough. All nations who had citizens aboard Malaysia Airlines flight 17 demand a full investigation, with the U.S. at the forefront. Some American politicians, like Senator John McCain, are already calling for more sanctions and the supply of military aid to Ukrainian forces. So far, the most President Obama has spoken about is an increase of sanctions against Russia. 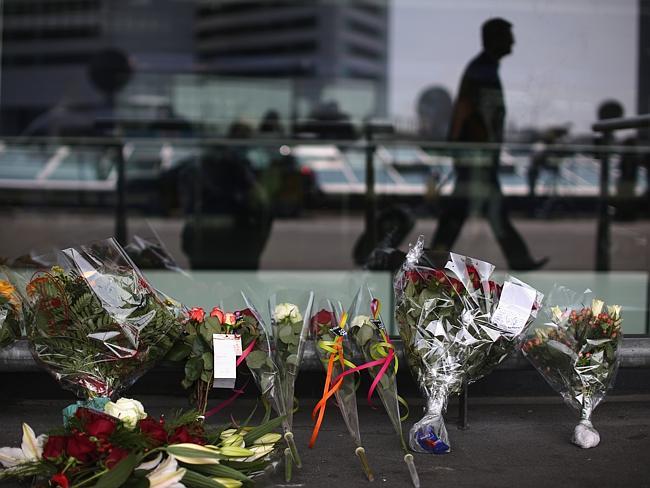 Photo: Flowers laid at Schiphol Airport in Ukraine, in memory of those lost

Photo: Flowers laid at Schiphol Airport in Ukraine, in memory of those lost Photo courtesy of ABC News.

Out of the 298 civilians on board, 193 were Dutch. The rest represented 11 other countries and included a core group of global health workers, specifically those in HIV/AIDS prevention who were on their way to a conference in Melbourne. This loss greatly impacted the world of global health work, both professionally and emotionally. "With great sadness and deep devastation we took notice of this sad news," Louise van Deth, executive director of Stop Aids Now!, said, speaking on the deep loss of her community. "Our colleagues were inspiring and beautiful people, who we will forever embrace in our hearts. We mourn their death which leaves a huge gap in the Fight against HIV."
Although U.S. airlines had already voluntarily agreed not to operate near the Russian-Ukrainian border, they have now issued a notice prohibiting flight operations over eastern Ukraine. International airlines are also rerouting their flights to avoid the region.