On Wednesday, Dec. 4, the Montgomery County Public Schools (MCPS) Board of Education (BoE) announced the calendar for the 2020-2021 school year. The new calendar features some key differences from past years, most notably changes to the start and end dates, the length of spring break and professional days.

The school year will begin in August and end on June 16 for the first time since Governor Larry Hogan enacted his 2016 order that mandated Maryland public schools to begin after Labor Day and end by June 15. Hogan implemented the order to increase tourism in Ocean City during the summer, which would theoretically boost Maryland's economy.

However, many officials from MCPS and other school districts were upset by the governor's order because it forced the school district to shorten spring break and reduce the number of professional days for teachers. The mandate was overturned by the Maryland General Assembly earlier this year, returning the right to set school calendars to school districts.

Leslie Blaha, Blair's AP coordinator, saw many benefits for AP students from moving the start date up. "It's great, because it basically gives [AP students] another week of school before [they] have to take the exams," she said. She felt that Gov. Hogan's law didn't take into consideration everything that teachers have to do and greatly limited the ways in which MCPS could manage its calendar.

The calendar for next year also contains professional days that coincide with unrepresented cultural holidays such as Eid al Fitr and the Lunar New Year. MCPS is prohibited from closing school because of religious holidays. "The Board must have a secular justification for closing schools," MCPS explained in a press release. "Under the First Amendment, the school system cannot be closed in order to advance religion."

However, it does reserve the right to overlap such holidays with professional days. One of the factors that goes into determining closure dates and professional days is attendance, so they are often scheduled for days when many students and teachers aren't at school. "System closures and Professional Development days are implemented to further a wide range of educational and operational objectives, including to… maximize student and staff attendance," MCPS said.

There was some controversy surrounding this decision because many Muslim parents were protesting the MCPS BoE to close school on Eid since many students already miss school because of it. Yet, there were also many parents in opposition to this proposal because they felt that there are too few Muslim students and teachers in the county to warrant closure essentially interrupting testing schedules.

Blaha was thrilled to be receiving more professional days, though she still thinks that teachers need more. "Anybody who's an actual teachers understands how important it is to have professional days," she said. Professional days give teachers the time they need to close out the quarter and plan new lessons. Blaha thought it was fine that they coincided with religious and cultural holidays.

The BoE also decided that schools will remain open on Inauguration Day, despite the fact that schools have been closed for the past two Inauguration Days. Additionally, the MCPS BoE itself had a policy that required for schools to be closed on Inauguration Day until it was amended on Nov. 12, 2019. Currently, Inauguration Day is only a federal holiday in the District of Columbia, a few counties in Va. and a couple of counties in Md., including Montgomery County. Many MCPS parents still have to go in to work so keeping schools open prevents parents from needing to find someone to watch their young children during the day. 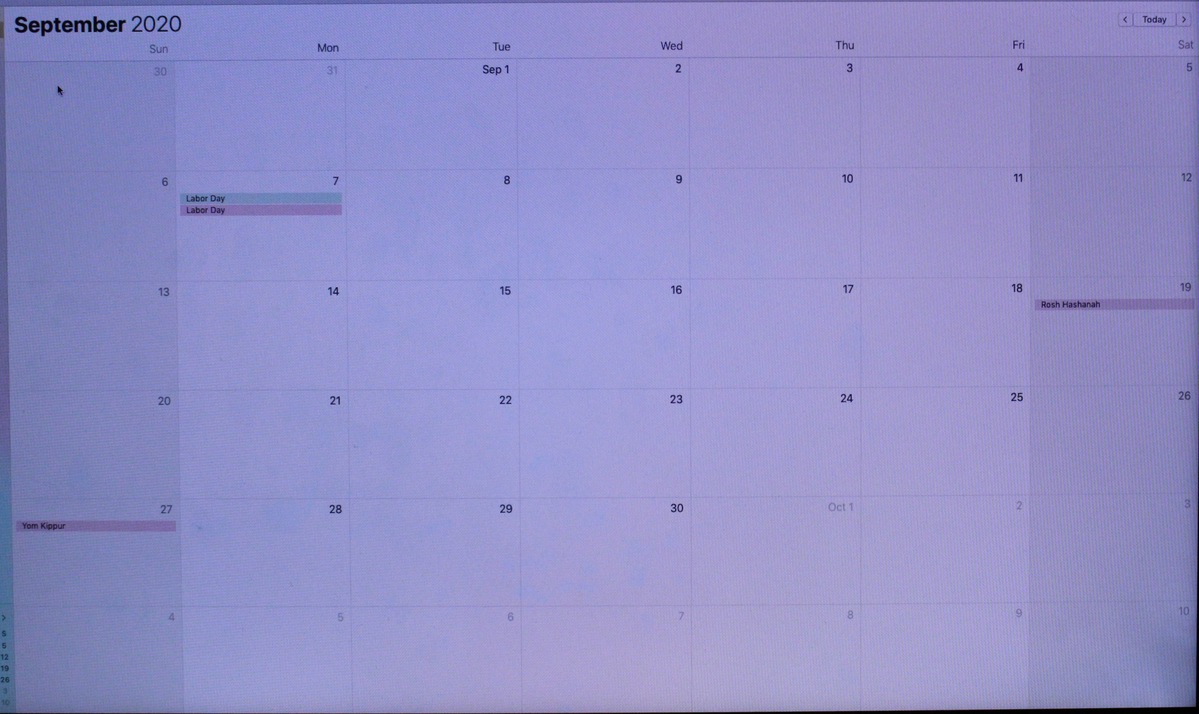 Photo: MCPS is set to start the 2020-2021 school year before Labor Day (courtesy of Nathalie Molina)

Photo: MCPS is set to start the 2020-2021 school year before Labor Day (courtesy of Nathalie Molina)

The majority of the 2020-2021 calendar resembles that of the 2019-2020 school year. The earlier start date and additional professional days will benefit both teachers and students, despite what parents may think. Without ample time, teachers are unable to effectively do their jobs. "It just makes our lives so much harder, which makes [students'] experience worse," Blaha said. "And I think that's what people who aren't teachers don't understand."