The Montgomery County Public Schools (MCPS) Board of Education decided to do away with final exams in all high school courses beginning the 2016-2017 school year. They decided in their Tuesday, Sept. 8 meeting that shorter, open-ended assessments will be given to students each quarter instead. 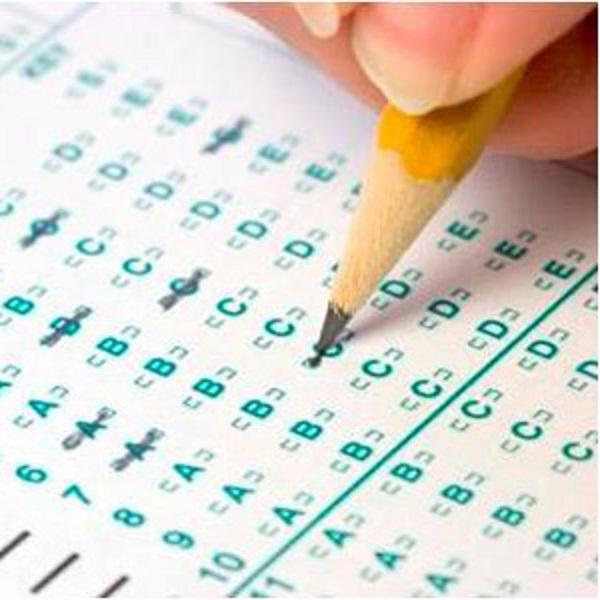 Photo: Instead of semester exams, the Board decided to have quarterly assessments several of which may take the form of projects or portfolios rather than the typical multiple-choice-heavy tests.

Photo: Instead of semester exams, the Board decided to have quarterly assessments several of which may take the form of projects or portfolios rather than the typical multiple-choice-heavy tests.

After MCPS decided to remove middle school final exams in June, MCPS interim Superintendent Larry Bowers sent a recommendation to the school board, which it supported unanimously, to terminate high school exams. "The superintendent put forth a recommendation to eliminate finals and replace them with more frequent, centrally-developed assessments so the model is exams or projects that would fit within a regular class period," Board of Education member-at-large Jill Ortman-Fouse said.

According to Ortman-Fouse, the Board's main motivation for eliminating exams was concern about how much time assessments, particularly the Partnership for Assessment of Readiness for College and Careers (PARCC) tests, were taking away from classroom instruction. "We heard a lot from the community, from parents and teachers, about cumulatively how all these assessments were impacting classrooms," she said.

The Maryland Department of Education had already made clear that it would not significantly reduce PARCC testing time, so Board leaders decided the best option was to eradicate high school finals.

Blair Math Department Resource Teacher Celita Davis also thought that the more frequent assessments would benefit students. "You'll be able to see where you're making mistakes along the way rather than waiting for a summative and not knowing what you didn't know until you see the grade," she said.

Freshman Berania Lopez believed that the change would help keep students more immediately accountable for content learned in class. "I think it's a good idea because it's better to have quizzes every Friday because we learn different things every week," Lopez said.

A key advantage that Davis noted was greater opportunity for students to see what they did wrong on the assessments, which was very difficult to do with county final exams. "Hopefully, students will be able to get their tests back. Kids don't usually see their finals, so that's one positive that I'm seeing," Davis said.

Davis has also begun to consider what the Math Department will do to accommodate the change. Exams were previously used as a general guideline for what teachers needed to cover in the semester, but the new assessments will be used more as tools to check students' learning. "I'm sure that the Math Department is going to spend more time making sure that those assessments are going to be analyzed and used more in a formative way," Davis said.

To Social Studies Resource Teacher Mary Lou Thornton, however, the change demonstrated bad judgment from the county. She believes that the decision to end high school exams was based more off an article published by the Washington Post that reported on students' low scores on Algebra 1 final exams in the 2014-2015 school year. Thornton believed that the Board did not thoroughly think through the decision's ramifications, nor allow teachers enough input.

Thornton was particularly concerned that the lack of final exams may affect students' preparedness for Advanced Placement (AP) tests. "We give final exams to mimic the AP, so it's going to have a devastating effect on our AP program, because we won't be able to prepare kids to sit for that AP test," Thornton said.

Some students also expressed skepticism for the decision. Sophomore Andrew Gerbasi worried that without the need to study for an exam at the end of the semester, he will not have the motivation to remember information from his classes beyond a few weeks. "I think I might not retain as much content from classes. Last year there would come a time at the end of the semester where you would start reviewing in class and get a study guide and go over everything you did the whole semester," Gerbasi said.

There will still be final exams in high school courses for the first semester of the 2015-2016 school year. During the second semester there will be final exams for all classes except for those which require a Maryland High School Assessment (HSA) or PARCC test.