Education system ends the year with a surplus

On Nov. 21, the Montgomery County Public School (MCPS) system reported an additional surplus of $10 million from fiscal year 2011 (FY11). The report, a quarterly financial presentation to the Montgomery County Council's Education Committee, stated that the end-of-the year surplus from FY11 was $27 million, rather than the $17 million recorded at the end of June. 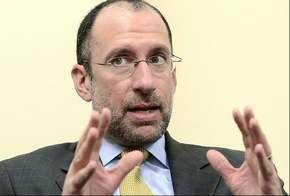 The County has not yet decided if the additional $10 million will go toward restoring programs that were cut this past year or if the money will be put toward the fiscal 2013 Operating Budget. According to the Gazette, positions that were cut due to budgetary constraints were for staff development teachers, lunch hour aides, media center assistants and academic intervention specialists; however, no classroom teachers were laid off this year.

According to Marshall Spatz, the MCPS budget director, the surplus was the result of numerous factors, particularly the minimal spending on substitute teachers and school supplies. Last October 2010, school officials opted to spend less than what central offices authorized. Each school system's surplus after an operating budget year is estimated at $5 million to $7 million, Spatz said. According to the Gazette, on June 30, at the end of fiscal 2012, MCPS is already projected to receive a surplus of $7 million.

Though the FY12 budget, which began on July 1, includes the $17 million recorded surplus, the Council must approve the incorporation of the additional $10 million into financial budgets in the coming years. On Dec. 7, Superintendent of Schools Joshua P. Starr released and presented the recommended FY13 Operating Budget.

Starr is recommending an additional $2.1 billion for this year's operating budget, a two percent or $41.4 million increase from the current budget, and the smallest amount requested in the past 12 years. There will be public hearings for the budget in January, and budget work sessions and decisions will follow on Feb. 14. The final Board of Education (BOE) action to approve the operating budget will occur on June 14.