Michael Durso, 66, was sworn in as the representative for District Five on the Montgomery County Board of Education (BOE) at a ceremony held today, according to a Montgomery County government press release. Durso was appointed by the BOE to fill the seat vacated by Nancy Navarro, who was elected to the Montgomery County Council in May, and will serve the remainder of her term, which ends Nov. 30, 2010. 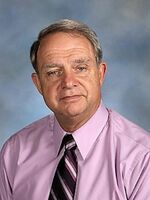 Michael Durso was appointed to fill the vacant BOE seat.

Photo: Michael Durso, retired principal of Springbrook High School, will serve the remainder of Nancy Navarro's term as the District 5 Representative for the Board of Education. Picture courtesy of MCPS.

Photo: Michael Durso, retired principal of Springbrook High School, will serve the remainder of Nancy Navarro's term as the District 5 Representative for the Board of Education. Picture courtesy of MCPS.

Durso, who recently retired as principal of Springbrook High School, was chosen by the board from among 19 potential candidates by a unanimous vote of 7-0. The vote on the appointment took place on Friday, June 26, following a series of interviews earlier in the day with each of six finalists selected by the board. "I am serious about this," Durso said during his interview with the school board. "I value the opportunity of this role. I think it's tremendously important."

After the board voted for his appointment, Durso said that his experience in daily decision-making in schools qualified him for the position. He said that his priorities include school safety, expanding middle school reform and preparing for upcoming union contract negotiations.

Tim Hwang, the new Student Member of the Board of Education (SMOB) said that Durso's time at various area high schools will allow him to make informed decisions as a member of the board. "I think Mr. Durso will bring a wide variety of experience to the table," Hwang said. "He's served as an educator, an administrator, a principal and a community activist and this would certainly bring a new perspective to all our decisions on how things will be seen from the ground level." Hwang, who will serve a one-year term on the board, was sworn in with Durso today.

Current representatives on the BOE believe that Durso's experience as both a parent and an administrator will be a valuable contribution. "Mr. Durso is parent of MCPS graduates so he has seen our schools from both sides, and I think that will help inform his decision making process," Christopher Barclay, the board's District 4 representative, said.

Shirley Brandman, president of the Board of Education, agreed with Barclay's analysis. "Given the tough competition for this seat, the Board selected Mr. Durso because we believed he was the candidate most suited for the position," Brandman said. "Mr. Durso starts with a deep understanding of the workings of Montgomery County Public Schools (MCPS) and our efforts at equity and excellence."

Durso, who is married with four children and five grandchildren, said he plans to run for the Board of Education seat when Navarro's term concludes. Navarro was elected to the County Council on May 19, winning about 62 percent of the vote, according to the Gazette.

Grace Wang. As a junior in the magnet, Grace somehow manages to fit in time to do things other than stress over the homework load. Besides spending most of her life being Asian by dancing in a Chinese Dance Troupe, she loves to play volleyball (even though … More »