After setting records and winning the Maryland 3A state championship for the Damascus Swarmin' Hornets this past fall sports season, local running back Jake Funk is poised to make an impact at the college level. The former high schooler enrolled early for the spring semester at the University of Maryland, where he committed in October.

He enrolled early at Maryland to participate in spring practices under new head coach DJ Durkin following the firing of Randy Edsall. He completed his final credits and graduated from Damascus after first semester, allowing him to attend spring practices where he is one of few incoming freshmen. In the annual Red-White spring football game that concludes spring practices, Funk received the most carries out of all his backfield mates. He racked up 46 yards in team-leading 15 carries. By coming to school earlier than expected, Funk has put himself in the hunt to be the primary back for the upcoming season. "The benefit is huge, I came in and I got to learn the offense the first day the coaching staff put it in. I was able to make my mark earlier," Funk said in an interview with Scout.com.

Funk had an outstanding senior season in which, according to the Washington Post, he rushed for 2,866 yards and 57 touchdowns. He was also named Gatorade player of the year for the state of Maryland, and was the Washington Post's All-Met player of the year for offense. He helped Damascus breeze through the regular season and playoffs on the way to a perfect 14-0 season accompanied by the 3A state title with a win over Dundalk, in which he rushed for 270 yards and seven touchdowns in three quarters. After posting huge numbers in every high school game, Funk will have to adjust to the difference in the game between high school and college. "The transition has been great. From a football perspective, the size and speed difference of the game in high school and college has been the biggest thing. There are some plays in high school where you would've broken off for a 60-70 yards TD, while in college it's a 10 yard run," he noted. 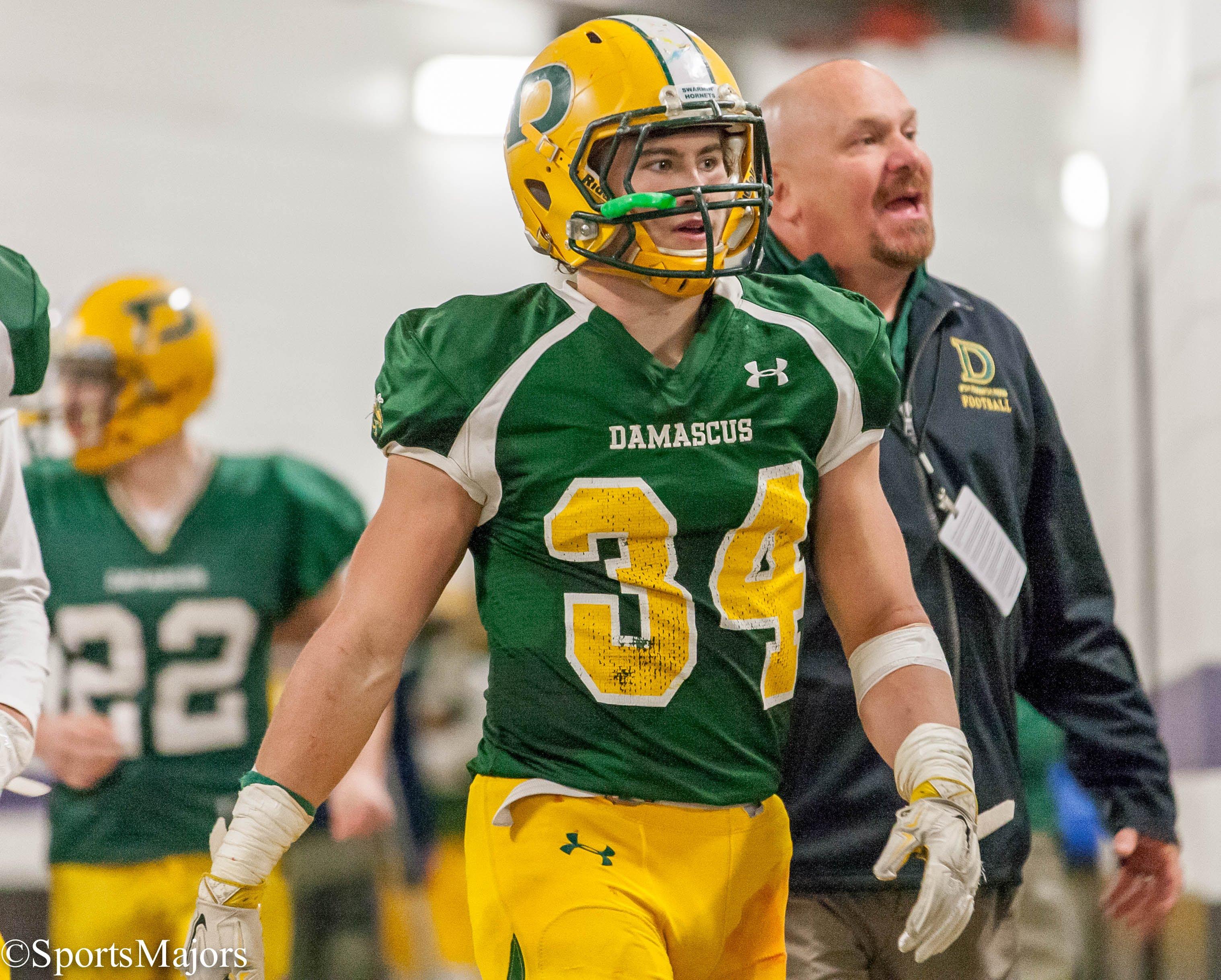 
In week ten of the fall football season, Blair traveled to Damascus in the final matchup of the regular season before playoffs. Funk ran over the Blazers' defense for 272 yards on just 17 carries, scoring four touchdowns in three quarters of play. Performances like these were commonplace, even in the state playoffs, where Damascus won all four games by a combined score of 192-45 with the help of Funk's 1,072 rushing yards.

Funk enters a backfield with a lot of question marks. Leading rusher Brandon Ross graduated and junior Wes Brown was suspended indefinitely for the upcoming season. Sophomore Ty Johnson broke off a 64-yard touchdown run in the spring game. Entering the Terps backfield for the first time along with Funk are Virginia Tech transfer junior Trey Edmunds, fellow high school senior LaDerrien Wilson, from Osceola High School in Kissimmee, Florida, and local first team All-Met player Lorenzo Harrison from Dematha Catholic High School. "All of our running styles are so different and I just think it compliments each other. As a group we fit real nicely together, like different pieces to a puzzle, and with all of us together the puzzle is complete. All of us bring different attributes and we can be used in very different situations," Funk said.