In the wake of the opioid crisis, MCPS turns to educating young people

Since the start of the 2017-2018 school year, Montgomery County Public Schools (MCPS) have implemented an opioid-overdose prevention plan. The plan includes stocking all schools with naloxone, a drug to alleviate opioid overdose symptoms, as well as educating students about opioid addiction in health classes. The plan responds to a spike in opioid-related deaths in Maryland.

According to data released by the Maryland Department of Health and Hygiene, there were 1,029 opioid-related deaths in Maryland from January to June 2017, more than double from 2015. As a result of this spike, Gov. Larry Hogan declared a state of emergency in March 2017. 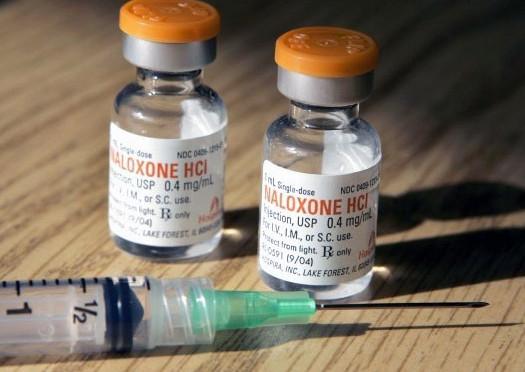 Hogan's declaration prompted a new state law called Start Talking Maryland. Implemented on July 1, it requires all public schools to educate students about opioid addiction, as well as inform students of preventative measures as early as the third grade. The law also requires every school nurse's office be stocked with naloxone in case of an overdose incident on campus.

Blair nurse, Debra Bitonti, thinks MCPS is making the right decision by ensuring that all schools in the county carry it. "I have been here ten years and have never had to use it. I still think that it's best to be prepared so we can help someone who needs it."

One student at Blair explains how easy it is to get ahold of drugs like Adderall, Percocet, and OxyContin. "Prescription opioids are usually rare but if you have connections, they're pretty easy to find," they explained.

However, Richardson does not believe that opioid addiction is a big problem for Blair students. "I do not think that opioids are a major issue at Blair, but I do encourage educating our students and families about making healthy decisions," she said.

Montgomery County Associate Superintendent Jonathan Brice also believes that schools play an important role in educating students about drug abuse and the dangers of opioids. He says that while it may seem unnecessary to stock elementary schools with naloxone, it is crucial to have in case of an emergency. "It is something we are required to do and we recognize the importance of being prepared in the eventuality that someone might need it," Brice said.

Staff members are expected to know how to administer the drug to students. It can either be sprayed into a person's nose or depending on the person's specific health conditions, injected using a shot.

MCPS is spending $15,000 to stock naloxone in elementary and middle schools, while pharmaceutical companies are donating naloxone to high schools. More state funds will be allocated next year to replenish naloxone, which has a relatively short shelf-life.