More than a cupcake

Silver Chips Online has somehow managed to recruit a number of renowned, self-certified experts in a variety of fields to write and edit for our paper. We are fortunate enough to have snoWatch specialists, pop culture pundits, auto-tune aficionados, match-making masters and alliteration all-stars. But despite our staff of diverse and incredibly savvy writers (not that we're biased or anything), we still yearn for more. This winter, while cooped up inside in their cheetah-print slankets, these overachieving writers brainstormed the next field in which to gain expertise. 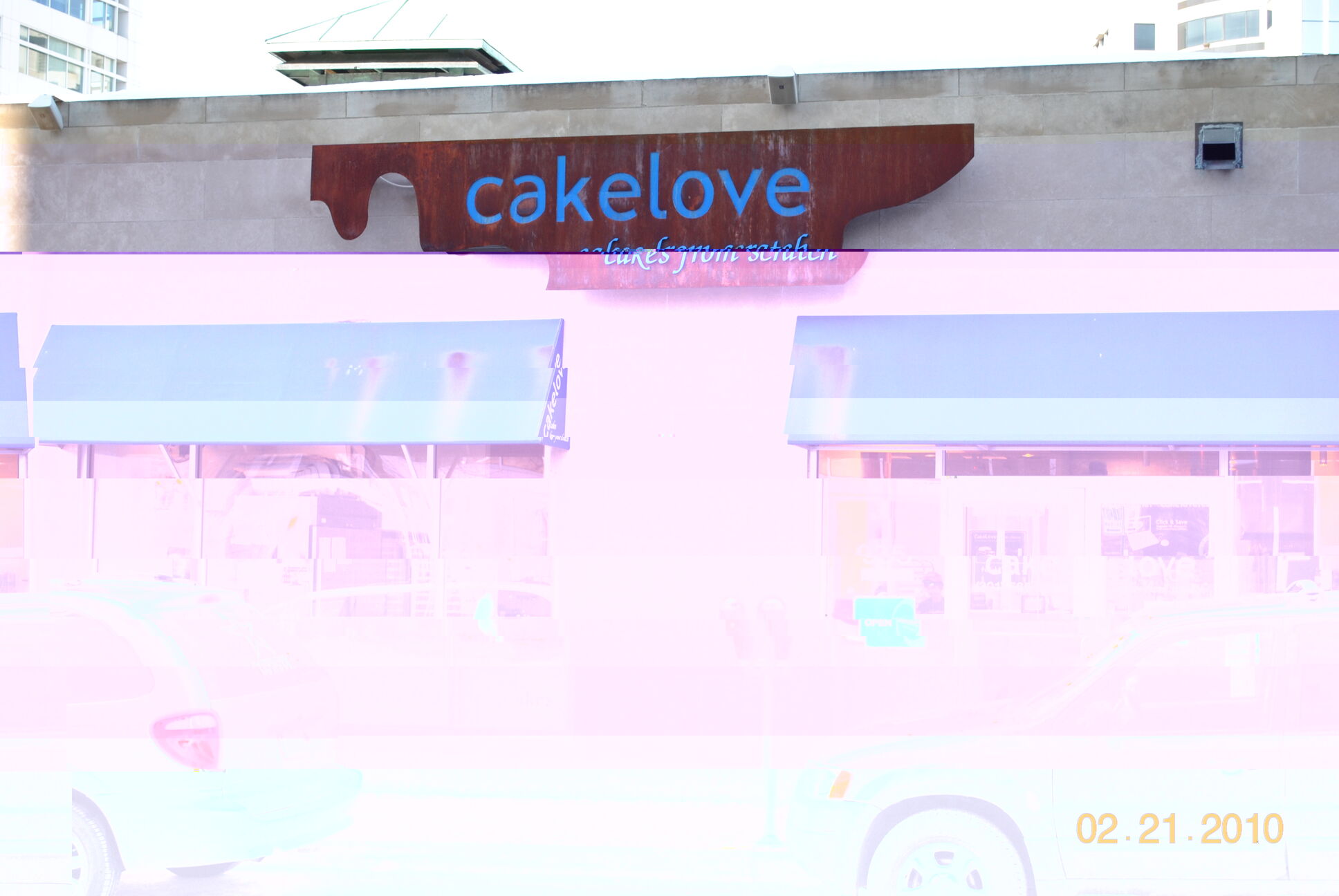 Photo: We ventured to Cake Love for the first round of the battle between reporter and cupcake.

Photo: We ventured to Cake Love for the first round of the battle between reporter and cupcake. Photo courtesy of Jenna Bushnell.

Inspired by the Winter Olympics and driven by the will to succeed (and get one of those nifty bendy gold metals), we pondered our athletic options. Speed skating? Too much squatting. Bobsledding? We get motion sickness just from walking too fast. Curling? Haha...no. With our Olympic dreams fading as quickly as Lindsey Jacobellis's, we decided to look to the future of sports: competitive eating.

Now, with our dreams defined, we had to decide what food to consume. After discerning that there was no way we could convince our Editors-in-Chief to host a vegetarian hot dog-eating contest in Coney Island, we decided to take what we could get. In this case, it was joint cupcake review. Focused and determined, we accepted the assignment with the passionate vigor of champions.

We searched the globe (and by globe, we mean stops on the Red Line) for the best cupcakes we could find. After collecting the baby-cakes from a variety of bakeries, we set out to challenge ourselves in a way we never had before. Putting the melodrama aside, it was crunch time. Could we do it? Would we defy the odds? Could we eat all of those cupcakes in one sitting and write a fabulous review? Well one thing's for sure - we were going to try. 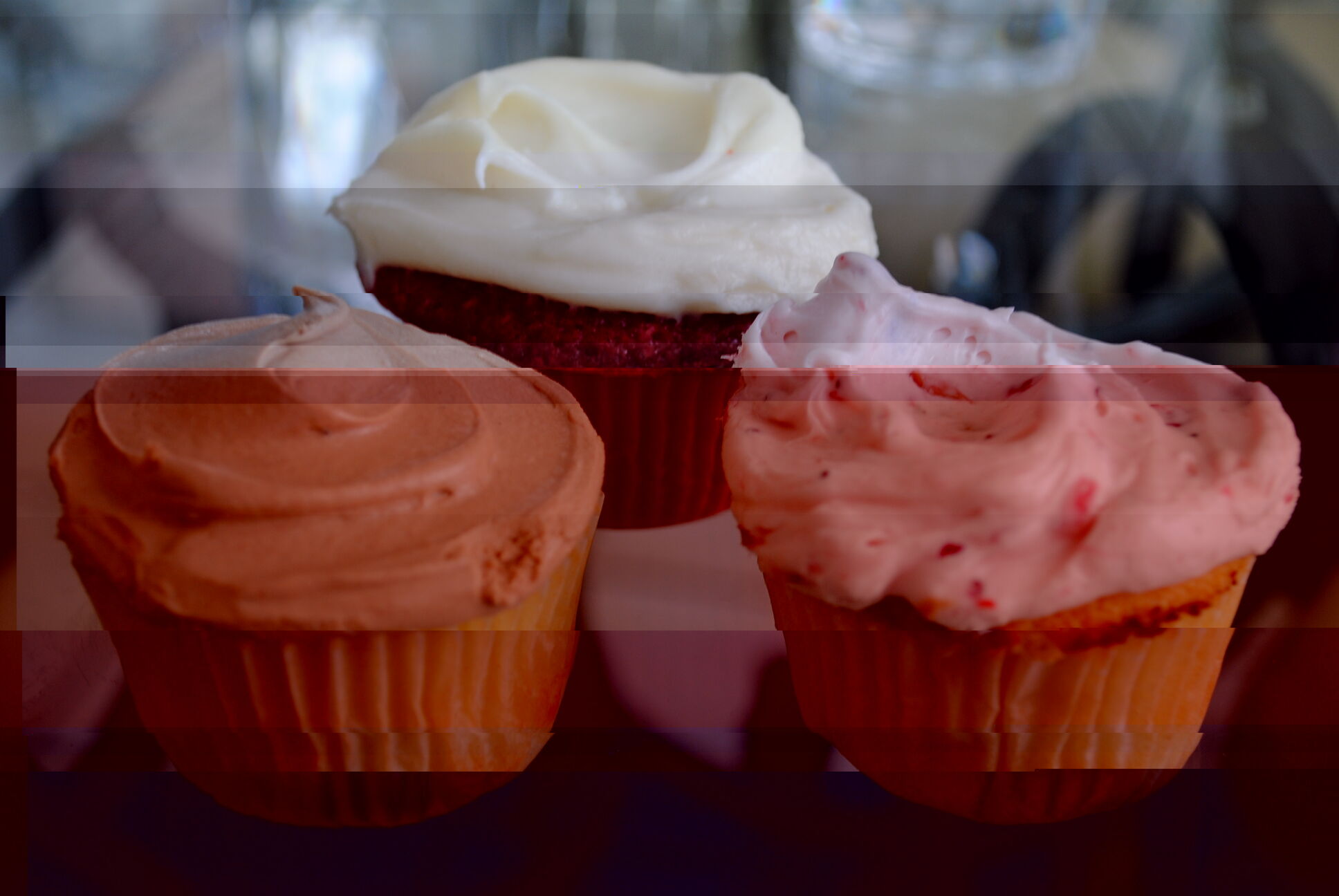 Round one: Cake Love located in Silver Spring
Cupcakes sampled: Vanilla with Chocolate Frosting and Red Velvet
With exceptionally buttery frosting and fairly rich cake, these cupcakes were almost too much to handle. Three bites into the red velvet and the sweetness almost becomes nauseating. Each pricey cupcake costs roughly $3 and should be handled with caution.
Number of sprinkles: 2.5 out of 5
Intensity of stomachache: Not a gurgle in sight 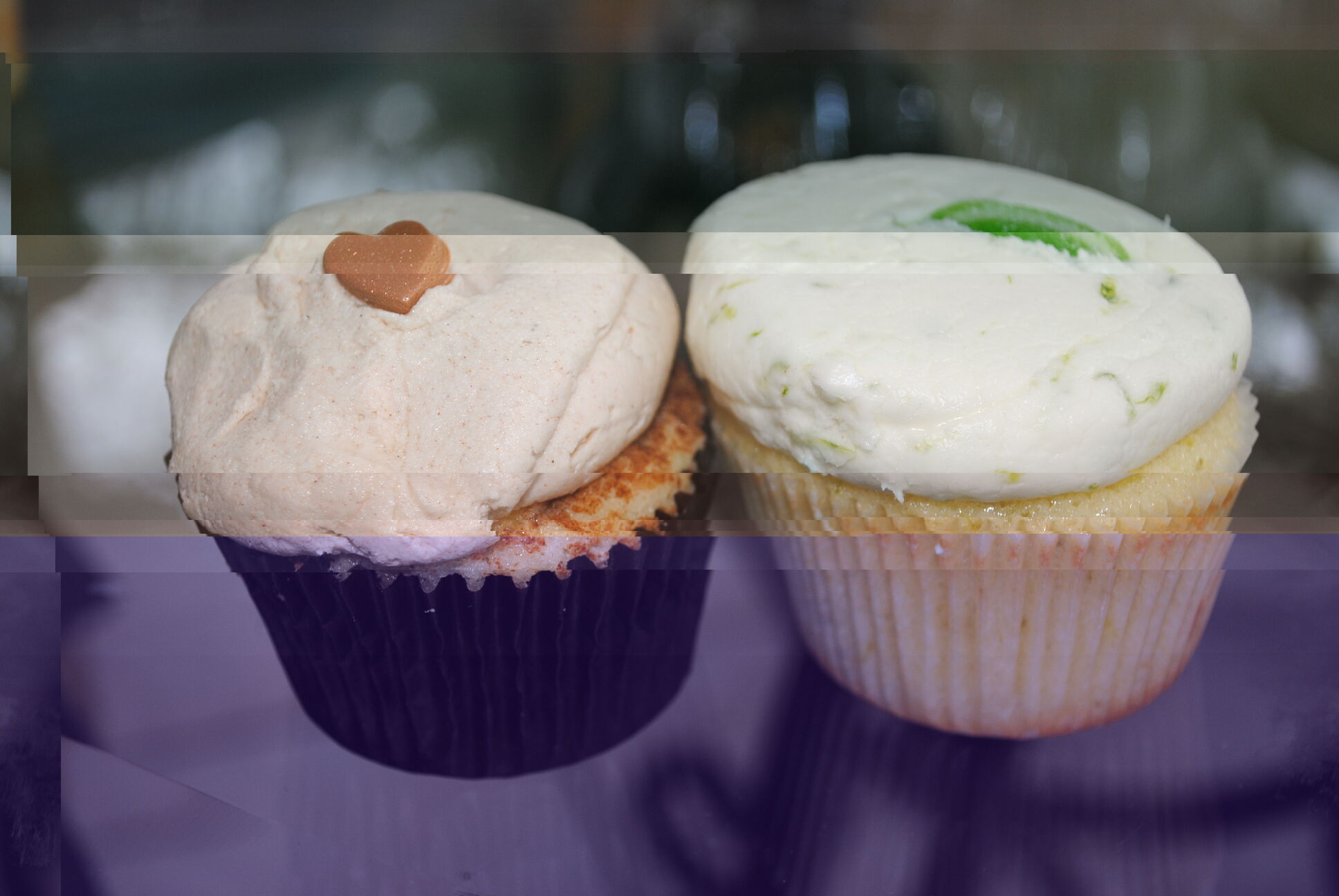 Photo: With fair prices and delicious cupcakes, Georgetown Cupcake is a winner.

Round two: Georgetown Cupcake located in Georgetown and Bethesda
Cupcakes sampled: Key Lime, Cinnamon
If the secret ingredient in these cupcakes was magic, we would not be surprised. The key lime cupcake is a delight, with the tartness of the frosting balanced by a sweet and moist cake. $2 is all it takes to taste bliss in baked form.
Number of sprinkles: 4.7 out of 5
Intensity of stomachache: Churning from delight...we think. 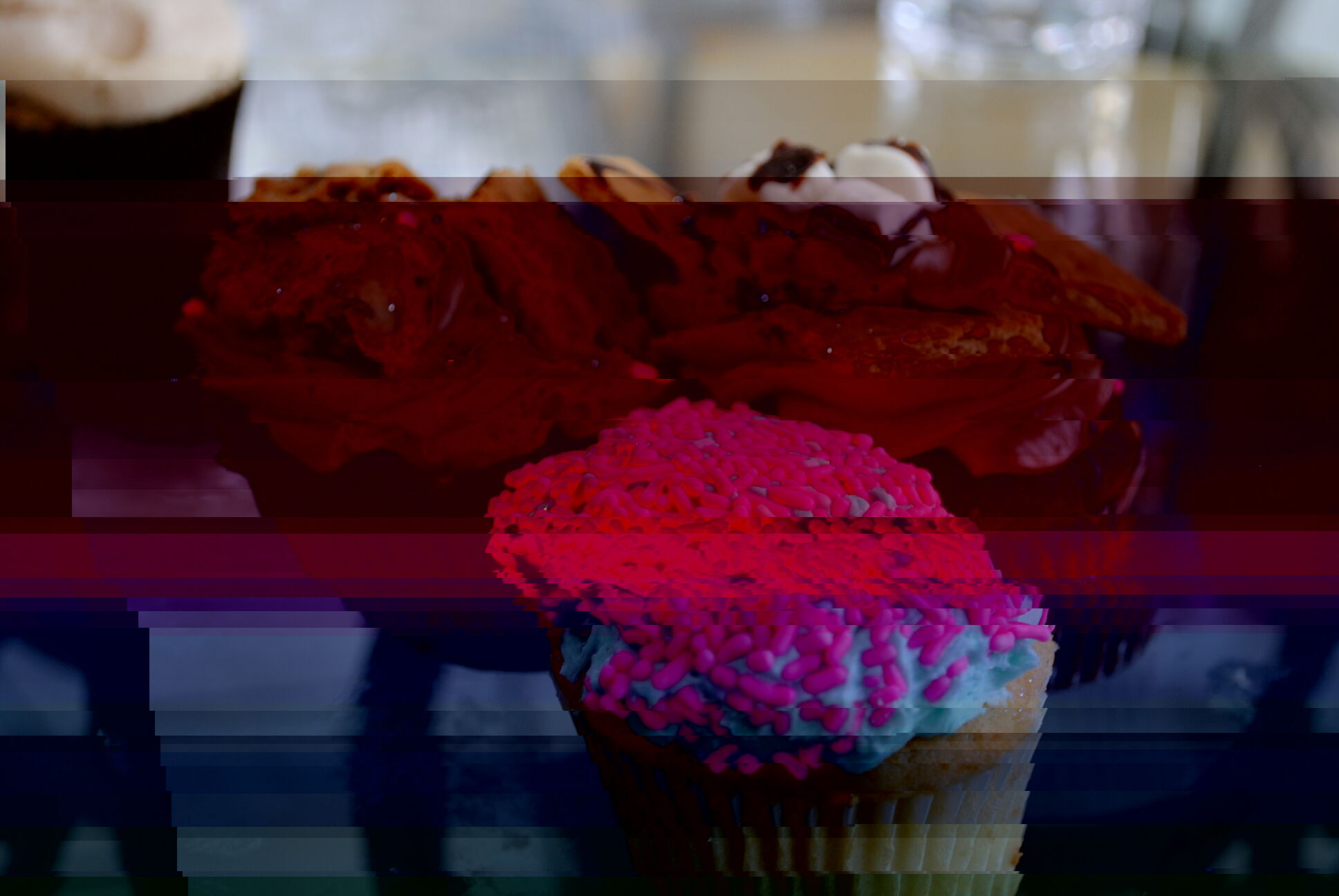 Photo: These cupcakes are almost too pretty to eat.

Photo: These cupcakes are almost too pretty to eat.  Photo courtesy of Jenna Bushnell.

Round three: Cupcakes by Leslie in Bethesda
Cupcakes sampled: Chocolate Chip Cookie Dough, S'mores
Presentation is what carries these cupcakes. Just seeing graham crackers, marshmallows and chocolates on top of the cupcake in the display case elicits Pavlovian drool. For about $2.50, they're pretty delightful as well, but should be avoided if you are prone to choking on small decorative beads.
Number of sprinkles: 3.9 out of 5
Intensity of stomachache: Outlook, not so good.

Round four: Red Velvet Couture Cupcakery located in D.C.
Cupcakes sampled: Red Velvet, Chocolate with Chocolate Frosting
These pretentious cupcakes almost live up to the hype. The frosting is decadent and powerful and complements the drier, crumbly cake bottom. For $3.25 though and metro fare, it may not be worth the journey unless you're trying to impress a date by being a big spender.
Number of sprinkles: 3.7 out of 5
Intensity of stomachache: Are those our stomachs or a plane overhead? 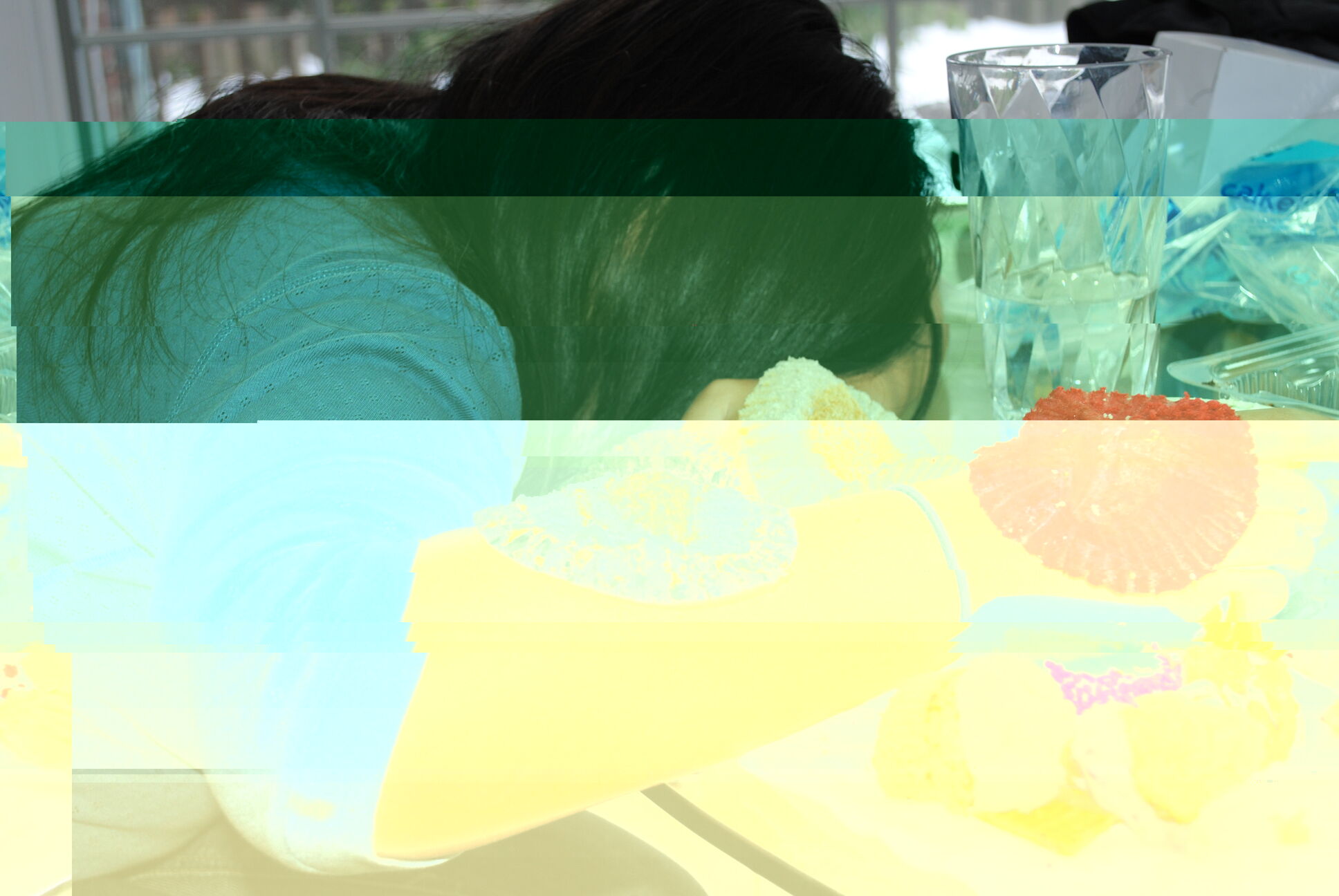 Round five: Woodmoor Bakery in Silver Spring
Cupcakes sampled: Vanilla with Vanilla Frosting, Chocolate with Vanilla Frosting
Probably the best and most convenient buy of all of the cupcakes sampled. For $.75, cupcake goers can enjoy a no-frills treat that will leave any sweet tooth satisfied.
Number of sprinkles: 3.8 out of 5
Intensity of stomachache: Still breathing, but we might need a stretcher... 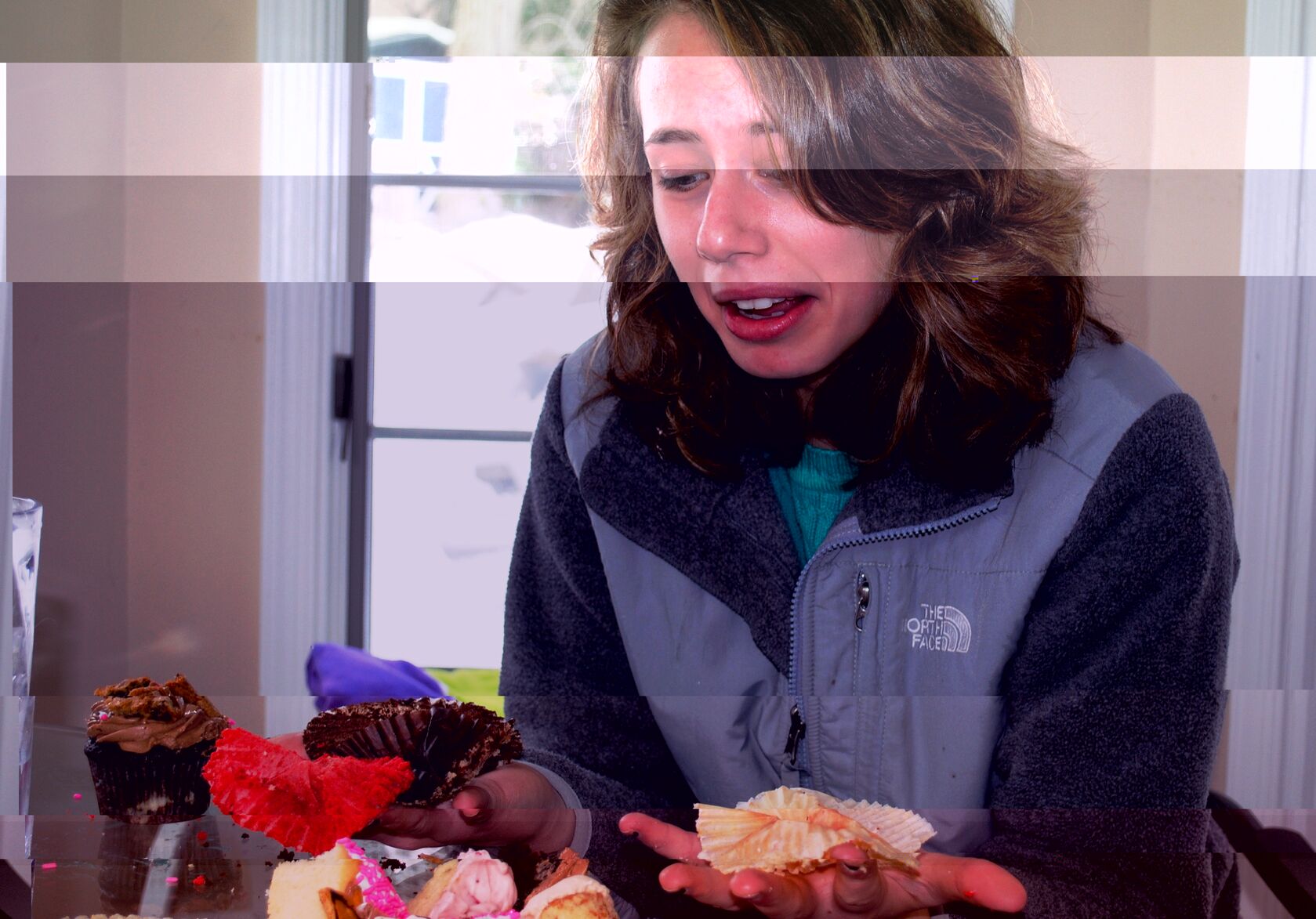 Photo: Jenna's expression says it all.

Ten cupcakes later, with a strange sugar-induced shaking sensation in Jenna's leg, we had done it. Like the 1980 U.S. men's hockey team, we defied odds and completed what will later be known as the miracle on frosting. However, despite our new titles as cupcake champions, we will be spending the next two months jogging off our gained cupcake weight. After that, it's back to training and petitioning the International Olympic Committee to add competitive eating to the 2014 Olympics. See you in Sochi!

Sprinkles rating based on reviewers' overall satisfaction with taste, presentation, customer service and ability to keep down the cupcake.