Blazers create paintings and photographs to hang in local hospitals

This year, Blair's National Art Honors Society (NAHS) took part in the Youth Art for Healing (YAFH) program for a second year in a row. The group of students made eighteen paintings and twenty photographs to give to Georgetown University Hospital Transplant Institute and MedStar Montgomery Medical Center in March. Twelve other elementary, middle and high schools from the area participated in this year's program, but Blair was the only school that contributed artwork to the Transplant Institute. 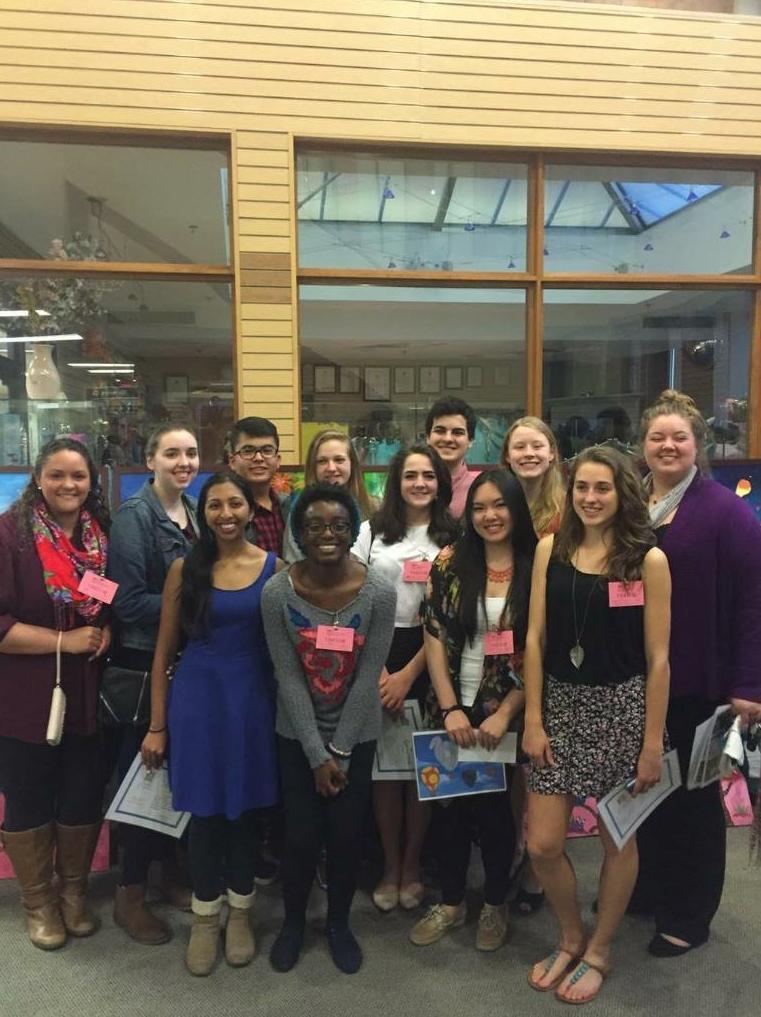 Photo: The National Art Honor Society poses for a group picture at the Youth Art for Healing reception at MedStar Montgomery.

Photo: The National Art Honor Society poses for a group picture at the Youth Art for Healing reception at MedStar Montgomery.

Fine Arts teacher and NAHS sponsor Jacqueline Armstead heard about YAFH when the executive director of the program, Jan Papirmeister, presented at a Montgomery County Public Schools (MCPS) meeting. According to their website, the mission of YAFH is to "bring works of art created by youth into healthcare environments to provide a sense of comfort, inspiration and healing for patients and their loved ones, and healthcare professionals." This appealed to Armstead, who thought that it would be a meaningful project for her students. "It seemed like the perfect service project to do for the students," she said.

Last year, after the NAHS club started meeting in November, representatives from YAFH presented the themes and expectations of the project to the students. The Blair artists sketched out their ideas, and in January, YAFH dropped off supplies and NAHS began creating their final projects. The works of art were due in mid-March.

Armstead picked the themes of the artwork and locations in which they would be hung from a list that YAFH provided. "I try to pick really meaningful places. We know ahead of time where the artwork will be going and so I think about being a patient in there and who would need it the most," she explained. Last year NAHS mostly created works of art for YAFH with botanical themes, but this year Armstead wanted to provide her students with new subject matter to explore. "This year I wanted to change it up, we got a lot more wooded and mountain scenes," she said.

It was senior Natasha Campbell's first year in NAHS and first time participating in YAFH. The theme of her painting was a woodland path. She explained that this is a project that the Blazers put extensive work into and one which she worked extremely hard on. "It's a really long process. We come in after school, we put a lot of time and effort into it," she said. 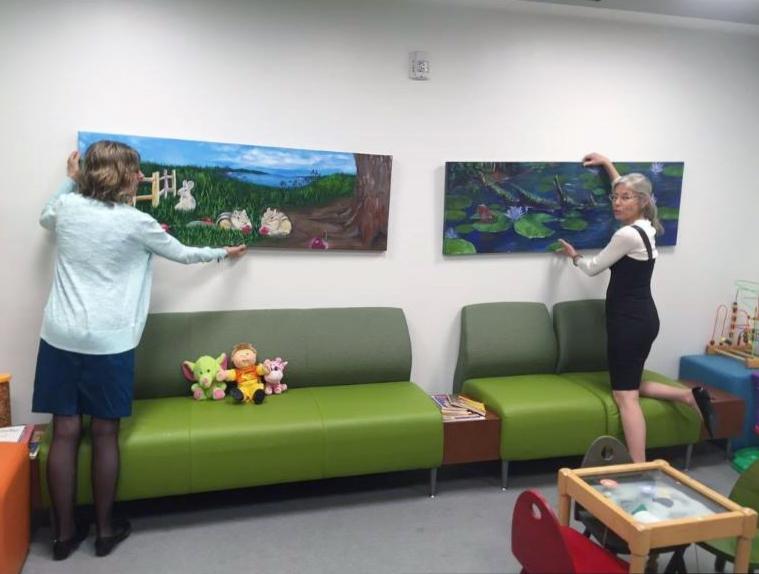 Though they have many months to work on their works of art, some of the paintings that students did this year were particularly large and required more time than they got at their weekly meetings after school. "We have to get them done on time, it's not a project that they do for us that can be extended. It's a very serious project," Armstead said.

Armstead said that the Blair NAHS will be participating in YAFH for a third year. "Our main concern is that we are graduating 20 seniors from the club. So we are going to be heavily looking for new members to come be in the club and who want to take on a painting because it's a really great, rewarding project," she said.