This is not original reporting. All information has been compiled from CNN, ABC, The New York Times and The Washington Post. Silver Chips Online posts this news summary to provide readers with a forum for discussion. 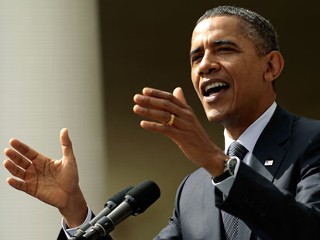 Photo: President Obama announced Friday that states can apply to have provisions of the No Child Left Behind Act waived.

Photo: President Obama announced Friday that states can apply to have provisions of the No Child Left Behind Act waived.


Sept. 23 – President Obama offered to waive provisions of the No Child Left Behind Act, which has been at the heart of educational controversy for nearly a decade. As early as this November, the Department of Education will allow states to apply for the removal of test standards, the expansion of state input in school and district curriculums and the increase of flexibility in federal education spending. Successful applicants will also be relieved from the 2014 deadline for statewide math and reading proficiency. The Obama administration intends to eliminate these provisions on a state-by-state basis and build local education systems that are "college and career ready."

Little Rock, Arkansas
Sept. 22 – The Butler Centre for Arkansas History and Genealogy discovered a moon rock from the Apollo 17 mission amongst the files of former President Bill Clinton. The stone, one of the 50 Goodwill Moon Rocks presented to each state, is worth an estimated $10 million and has been in the state's possession since 1976, when Clinton's gubernatorial predecessor, David Pryor, was in office. A worker found the valuable gift in box labeled "Arkansas flag plaque" while he was cataloging over 2,000 boxes stored in the library's archives. The director of the Central Arkansas Library System will work with the governor's office and the Clinton Foundation to decide where the moon rock should be kept. 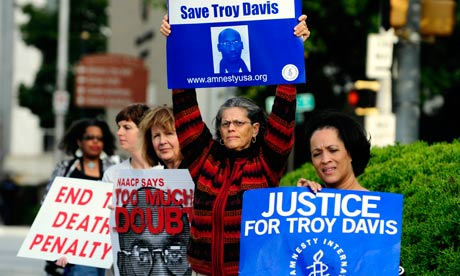 Photo: Controversy and protests struck Georgia with the decision to execute Troy Davis.

Photo: Controversy and protests struck Georgia with the decision to execute Troy Davis.

Sept. 21 – The Georgia Board of Pardons and Paroles denied Troy Davis' request for the reconsideration of his parole. Davis was convicted of killing an off-duty police officer in 1989. Since the trial, seven of the key witnesses in his conviction have contradicted their testimonies and there was no physical evidence to prove him guilty. Davis' attorney tried multiple times to relieve his client from his position on death row. The last request for the reconsideration of parole was an effort made hours before Davis' scheduled death on Wednesday night. Previous requests from Davis' attorney included a request for Davis to sit for a polygraph test, which was also rejected.

Washington, D.C.
Sept. 20 – Eighteen years after the "Don't Ask Don't Tell" policy began, the Pentagon has formally repealed the ban on gay military members. The president and military leaders decided to end the ban in late September. Enlistees are now permitted to reveal their sexual orientation without fear of consequences. The Defense Department has formed a zero tolerance policy for anti-gay behavior, as it already has in place for gender, racial and religious discrimination. Troops who were discharged under the ban and who are eager to reenlist will be allowed to if they meet the qualifications. President Obama has always opposed the ban and began work on repealing the policy from the start of his term.