Blair librarians are hoping to expand outreach through a different language

In mid-November, the Blair library built a brand-new Spanish section to give students more diverse reading options. While the section is relatively small at the moment, librarians are hoping to expand it as time goes on.

Behind the quiet study desks, the Spanish bookshelf sits right across from the non-fiction section of the Media Center. Library staff members set out an array of different types of books, from Spanish literature classics to more lighthearted pieces of work, in hopes to give Blazers a variety of books to choose from. "It's ranging from truly classic items to things like the Diary of a Wimpy Kid in Spanish, and students can't get enough of those," media specialist Andrea Lamphier said. 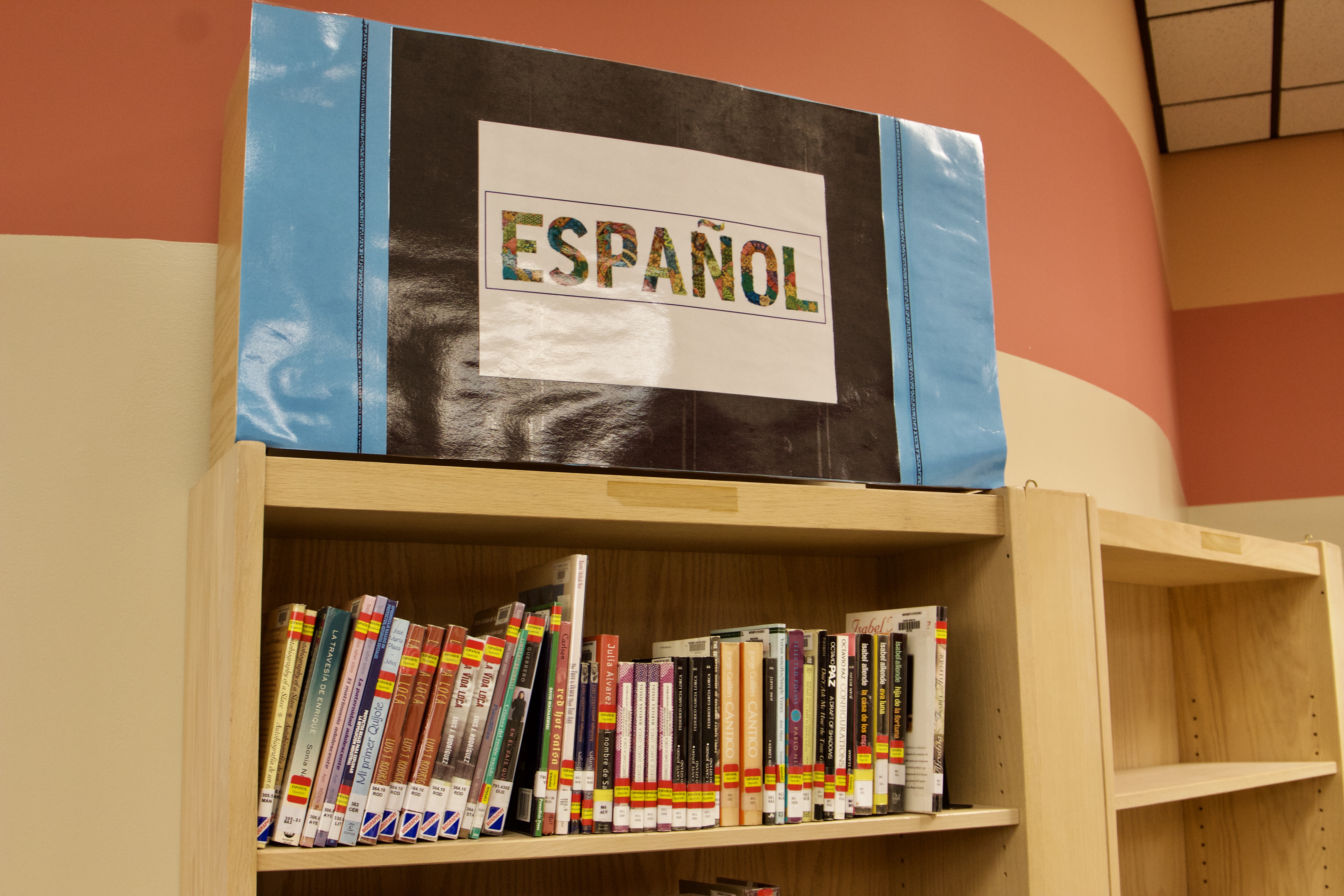 Valenzuela saw the new library section as a way to help students in Blair who have cultures rooted in Spanish and Latin origin to stay connected to the languages they grew up with. "I'm hoping that kids are going to read those books and improve their language in Spanish so they don't forget it," Valenzuela said.

The new section will not be used only by those who are native Spanish speakers, but also those who are new to the language. "I think it's really helpful for everybody. Many kids want to learn new languages because it helps them figure out how to read and how to write," freshman Kimberly Hernandez said.

Blair students believe that the addition can also help those who are interested in diving deeper into the different cultures that surround the language. "As a Latino myself, I would like to learn more about other cultures around the world like Latino American countries and just learn more and expand my knowledge," freshman Carlos Castro Gomez said.

Library staff members are hoping Blair students take advantage of the new library section and make full use of it. "We hope the kids will notice, and if they want to come to read, they will have those Spanish books," Valenzuela said.