For most students, junior year is the most stressful period of their high school career: it feels nearly impossible to balance the workload of multiple Advanced Placement classes, commitments to extracurricular activities and the stress of college applications on the horizon. During her junior year, however, senior Laicha Hayes managed to do all that– in addition to checking off every one of her 2018 New Year's resolutions.

At the beginning of 2018, Hayes committed to achieving four goals over the next year: find a job over the summer, bring her grades up, establish good relationships with her teachers and win a gold medal with her volleyball club travel team. She accomplished all of them. According to U.S. News, approximately 80% of New Year's resolutions fail by the second week of February. So what makes Hayes so unique?

According to psychology teacher Alexandra Cullen, consistency and a dedicated mindset are the key factors in determining one's success or failure in meeting their goals. The most common New Year's resolutions, to eat healthier, get more exercise and save more money, all require determination and diligence, which may be why they are rarely achieved. "With consistency, goals turn into lifestyle changes and become a part of you. Then that's no longer a goal; you've achieved it and you can set new goals," Cullen says. 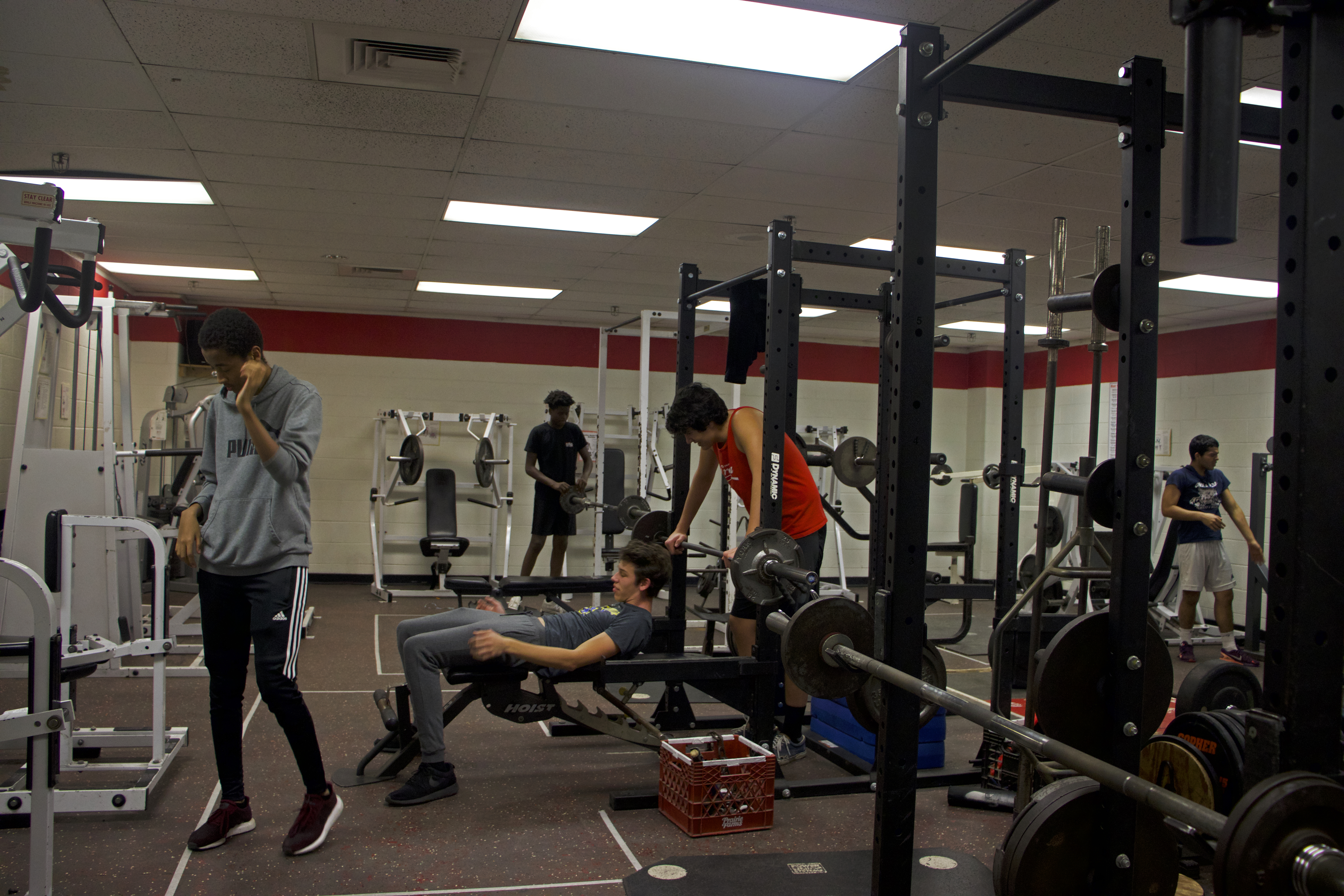 Photo: Getting more exercise is a common New Year's resolution.

Photo: Getting more exercise is a common New Year's resolution.

Hayes met her resolutions by prioritizing "what's important." She visited teachers during office hours, minimized the amount of time she spent with her friends and finished her schoolwork over the weekends instead of waiting until the night before.

By setting resolutions that are important to her and taking things step-by-step, Hayes was able to achieve all of her goals. Another contributing factor to her success is that she set realistic and meaningful resolutions. "If your resolution is something really important to you and you know it's going to benefit you in the long run, you're going to be more likely to want to achieve it and work harder," sophomore Lucienne Peyrebrune says.

Cullen believes that setting unrealistic resolutions is equivalent to setting oneself up for failure. "If you constantly set unrealistic goals, you're not going to achieve them. Then, you're going to feel down about yourself and think that setting goals and achieving them are not possible," she says.

Freshman Chris Poulson believes that people fail to meet their resolutions because they set them for the wrong reasons. "A lot of people do it because they can post on social media and say 'I'm going to do this, this and this in 2018.' They could live up to that or not, and no one would know," he says. Poulson did not set any 2018 New Year's resolutions because he thought he didn't need any at the time. "If I have something I want to change about myself later in the year, I'd do it then," he says.

Like Poulson, sophomore Seynabou Mbaye thinks that people are pressured to set resolutions by those around them, which prevents them from choosing smart goals for themselves. "Some people think they have to set a resolution for New Year's because it's common, so they do it without really thinking if they need to meet it or how to meet it," she says.

Mbaye was motivated by her dream of becoming an animator in order to successfully meet her 2018 New Year's resolution, which was to draw more. "I usually draw every day now. Watching cartoons and seeing how good people around me are inspires me to keep improving my art," she says. While Mbaye has her dream for the future to fuel her determination to meet her resolution, many people do not have the same luxury. To them, Mbaye advises, "Find something that truly interests you or try to help others in need."

Cullen encourages students to search for a resolution, even if they do not know where to begin. "You should look at your life– where you are and where you want to be. You only get this one life, so you should take advantage of every opportunity and not limit yourself," she says.

Hayes chose her 2019 resolutions with her short-term goals in mind. "A lot of people get senioritis and start slacking [second semester]. Some of my 2019 resolutions are to get in one of my top colleges and to really finish senior year strong," she says.

Hayes and Mbaye are proof that people can– and do– succeed at meeting their New Year's resolutions. Follow their lead and launch into 2019 armed with your own meaningful goals: with consistency and motivation, you could finish the year exactly how you dreamed.