Obama makes changes to the No Child Left Behind Act

New rewrite is result of decades of bipartisan opposition

President Obama recently signed a rewrite of the No Child Left Behind Act (NCLB), now called the Every Student Succeeds Act. The rewritten act will leave federally mandated standardized testing measures intact but eliminate the harsh consequences for schools and districts that do not perform well. 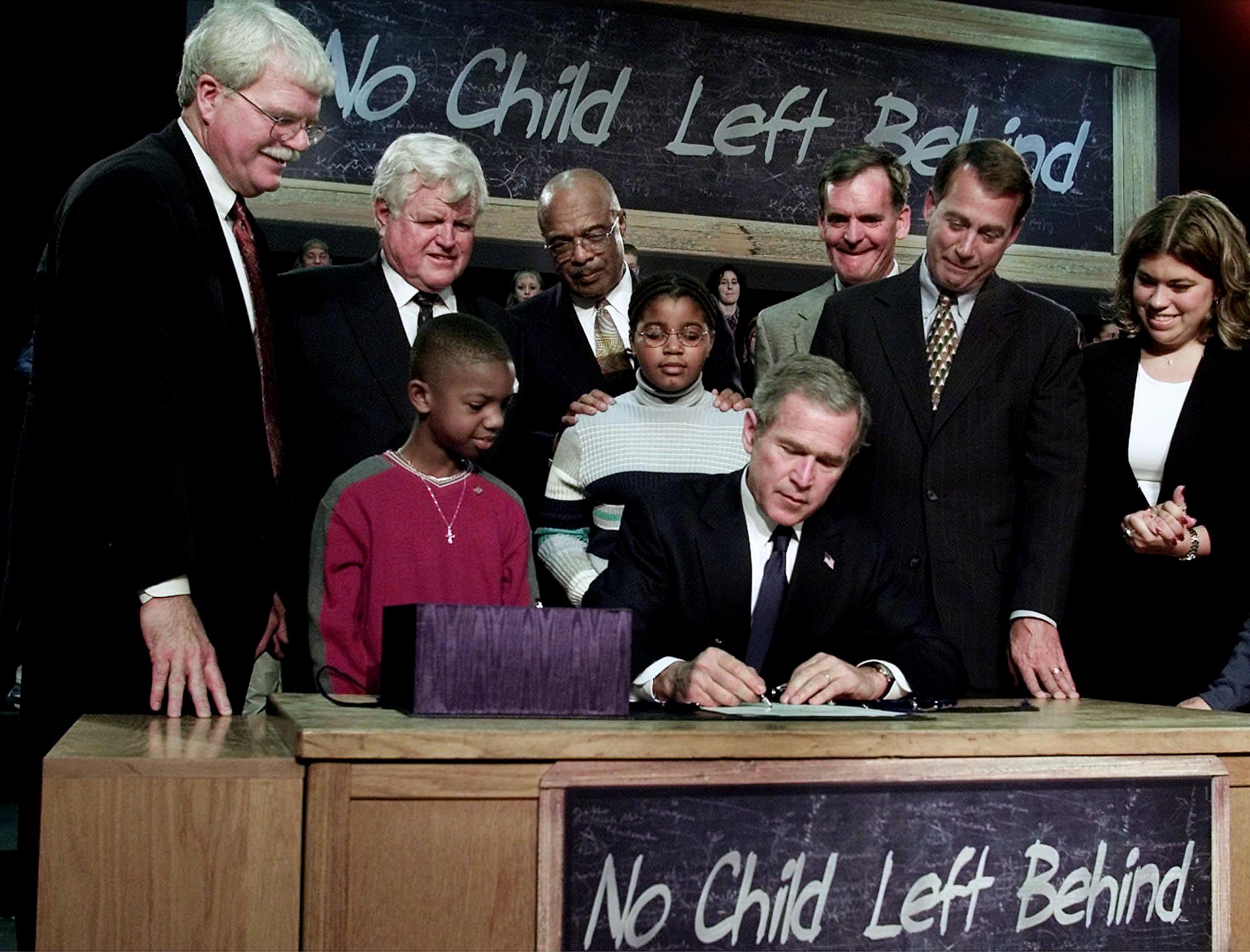 This new law will give more power to state and local officials, allowing them to set their own performance goals and decide how to work with schools that do not meet their objectives. Only the lowest-performing five percent of schools will receive federal requirements to take steps to close the achievement gap and increase graduation rates. The federal government will not tell the schools explicitly how to do that, leaving it up to the state and local governments to determine how they want to improve those schools.

NCLB, which was enacted by George W. Bush in 2002, required states to meet Adequate Yearly Progress (AYP) goals in testing. In this system, the scores of one grade (such as fourth graders) were compared to the scores of the same grade in the previous year. States that did not meet AYP received different consequences based on the number of years that they had not met the goal. These ranged from allowing students to transfer to a better school in that district, replacement of staff, closing the school or getting a private company to run the school.

Those who support the new law argued that excessive government regulations were harming the education system. "Washington trying to tell 100,000 schools too much...caused people on both the left and the right to remember that the path to higher standards and better teaching and real accountability is…not through the federal government dictating the solution," Senator Lamar Alexander from Tennessee, an architect of the law and former Secretary of Education said. Blair senior Jossue Hernandez said that giving states more power over their schools was the right move. "I think it should just be the states, or mostly the states," he said.

While many people were pleased with the new law, others were worried that taking the pressure off of schools will encourage them to relax their policies and regulation. In addition, some civil rights groups are worried that taking away the federal authority to intervene in school districts is taking away a valuable factor in addressing racial and other types of discrimination in schools. "The whole purpose behind the original bill was to ensure that there were consistent standards and federal oversight to make sure that states and localities were doing the right … and reducing that and granting so much discretion to states is just worrisome,"director of policy at the NAACP Legal Defense Fund Leslie Proll said. Senior Katie Sims was disappointed in the lack of changes to standardized testing. She pointed out that she is not a fan of the current system because many tests measure test taking skills rather than actual learning. "You can be intelligent, but testing is very strategic. Some people test well, but I definitely cannot," Sims said.

While the law did not meet all of Obama's top priorities, including expansion of childhood education, he was pleased with the bipartisan efforts that brought about the change, even calling it a "Christmas miracle".