President Barack Obama is known as a successful orator. In 2008, he won the country over with his persuasive speeches and catchy slogans. He swept away the country with his 2011 Kansas speeches. But on Tuesday night, Obama did not present a speech at the same level of caliber as his previous speeches. This was not a persuasive work of art. Instead it was a laundry list of policies that Obama has passed is currently passing or hopes to pass. This year's State of the Union (SOTU) address was eerily reminiscent of Clinton's SOTU address right before his reelection. Fortunately for Obama, this strategy works. According to Gallup, the public preferred Clinton's SOTU speeches to those of any recent president. And although this speech did not pack the usual Obama punch, he outlined his plans to turn the country's economy around. 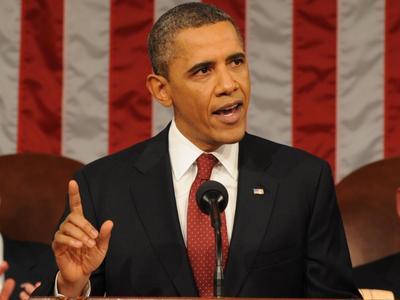 Photo: Obama laid out his plan for the coming months in his State of the Union address this past Tuesday.

Photo: Obama laid out his plan for the coming months in his State of the Union address this past Tuesday.

In terms of listing policy, Obama offered some significant proposals. The first being the minimum tax, known as the Buffet Tax, which was a gesture towards a policy Obama mentioned in his jobs speech he gave in September. The wealthiest Americans would be charged a minimum tax that could not be reduced through tax breaks or deductions of any kind. Corporations would also be charged a minimum tax, regardless of where they hold their profits, which would dissuade them from holding their income in low-tax jurisdictions.

Obama also announced a new way to persuade Congress to pass his infrastructure bill. In this case, he asked that half of the savings received from ending the wars in Iraq and Afghanistan be reinvested in U.S. infrastructure. He later proposed an alteration to the infamous filibuster – now requiring that legislators actually hold the floor and talk continuously. He then asked Congress to pass a massive refinancing plan to help more homeowners take advantage of today's low interest rates.

Although these proposals may seem promising in retrospect, there is one main problem. The majority of the policies Obama proposed require the support of Congress and it is uncertain whether or not he is going to win that. For instance, the Buffet Tax is just like all other tax bills and must originate in the House. Unfortunately for this bill, Speaker of the House John Boehner is not known for his interest in raising taxes on the rich. However, as the public has learned, Obama has a plan. He has laid out the steps to improving this country and he is prepared to do whatever it takes to pass these bills. Even if the public doesn't always see eye to eye about Obama's proposed strategies, it is impossible to deny that he doesn't have a plan.

The fact that Obama has outlined detailed plans for passing these bills and the dedication required to fight for Congressional approval means a lot. It's comforting to know that if Obama does get reelected, he won't hesitate to push for these policies until they are passed. If he wins a second and final term in office, Obama will be able to make unpopular decisions necessary to help the country because he will not have to worry about reelection. All anybody wants for this country is improvement, and as he demonstrated in his SOTU speech, Obama is aware of what improvement for this country entails. He is prepared to do whatever it takes to follow his game plan, and that is admirable.

If Obama is able to execute these policies successfully, then odds are that this country will experience an upward trend in the economy as well as in national spirit. Hopefully in the coming months, Obama and Congress, the two branches of government that have been arguing for years, will be able work together to pass these policies and begin the upward trend that Obama has planned for this country.