One giant leap for womankind

Grace Gabriel's eyes light up as she hesitantly places the hot soda can into the container of ice. Magically, the can crushes into a portion of its original size upon contact. Then again, it's not magic after all, it's science. Gabriel, of Cabin John Middle School, is not alone; she is surrounded by hundreds of other girls who share the same excitement in science and the same curiosity for the natural world. Slightly reserved but entirely fascinated, the girls investigate science applications to the real world while sitting safely inside the classrooms of Blair. 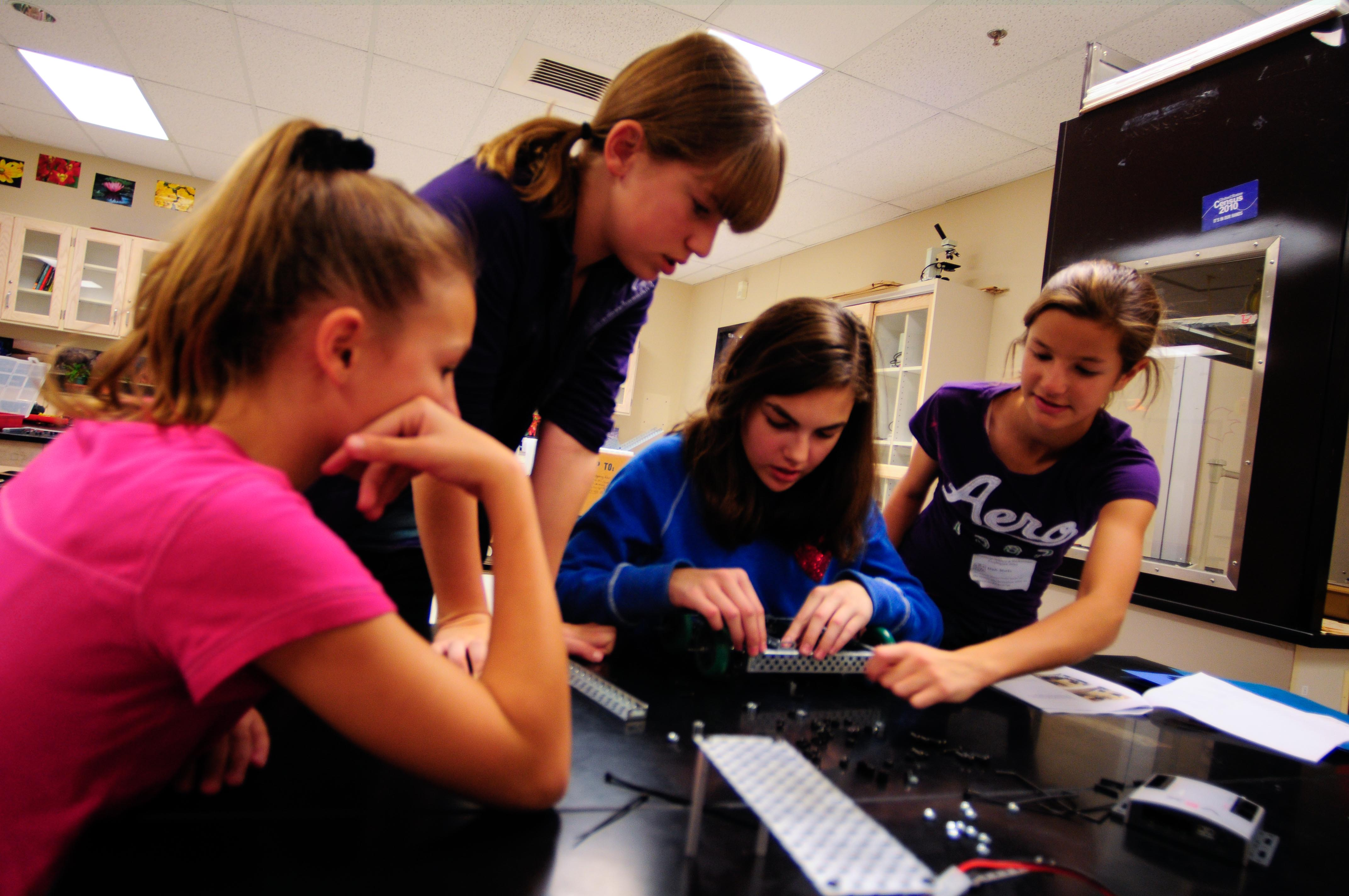 Roughly 200 seventh grade girls from across the county explored the wonders of science and technology at the twenty-second annual Females in Science and Technology Symposium (FIST) at Blair on Saturday. The symposium, coordinated by Blair science teacher Megan Dieckman and sponsored by the Blair Magnet Program, is designed to spark female interest in the sciences through innovative workshops as well as dispel the belief that science is for boys. The girls participated in three hands-on workshops encompassing a variety of science fields throughout the day.

Despite their interest, Gabriel and her peers seem to be an anomaly: they are girls who like science. Women today face barriers and biases upon entering nearly every science field. Nationally, only 20 percent of college graduates with engineering degrees are women and only 11 percent of engineers working in the field are women, according to a 2008 study by the University of Wisconsin-Milwaukee. But much of the scientific community is fighting to put the stereotype that science is solely for boys to rest through scientific exploration and relation to the real world.

Blair's Student Activity Center buzzes with sounds of nervous excitement as FIST Coordinator Megan Dieckman steps up to the microphone. Dieckman warmly greets participants and encourages them to follow their passions and to hold on to curiosity. "Whatever your interest, you can make it happen," she says.

Next up is keynote speaker Jeanne Troy, the Program Director of Bridging the Watershed, a part of the Alice Ferguson Foundation, a non-profit organization seeking to influence personal environmental responsibility. Troy discovered her love of science on a field trip in elementary school. "We went to a local nature center, went down to the stream and the instructor showed us Jewelweed. When you take Jewelweed leaf and run it underwater, it looks like beautiful silver. That memory has always stuck with me and sparked my interest in natural science," she says. 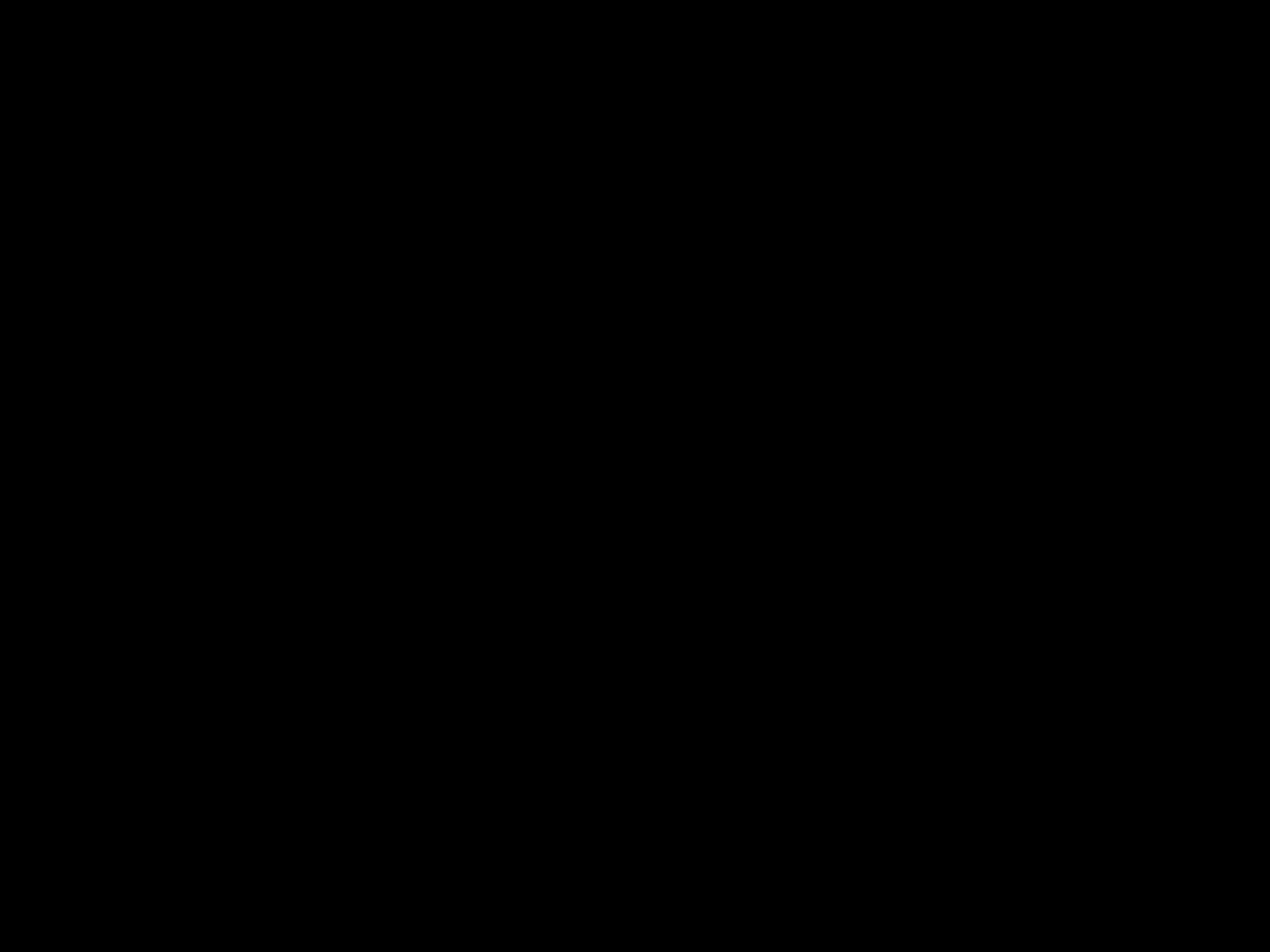 Photo: Medha Reddy and Alyssa McMullen, both of Briggs Chaney Middle School, learn genetics by creating their own species.

Photo: Medha Reddy and Alyssa McMullen, both of Briggs Chaney Middle School, learn genetics by creating their own species.

Interest and passion were the keystones of Troy's speech, for it was these two things that brought Troy where she is today. "The question is what your legacy will be; what is it in life that interests and excites you, think about how you can use science to figure that out," she says to the audience. Troy referenced other women, such as Dr. Jane Lubechenco, Administrator of National Oceanic and Atmospheric Aadministration (NOAA), and Dr. Marcia McNutt, Director of the U.S. Geological Survey (USGS), as examples of strong women who followed their passion into the sciences.

After Troy concludes her speech, participants pack up their belongings and head to their first morning session. The girls' science teachers encouraged their students to attend, and each young student created their own personalized schedule by choosing to attend three out of thirteen different workshops.

In "New Plants from Old," participants pot plants using the technique of stem cutting and then observe how quickly the plants grew. Down the hall, girls design and test rockets powered by both chemical reactions and mechanical means. Participants attach large cardboard tubes to a giant rubber band and shoot them off the soccer goal post, an exciting sight from any viewpoint.

Girls also explore gas laws by watching aluminum cans crush before their eyes and participate in various stations related to air pressure in the "Can Crushing Encounters" workshop. FIST instructor Manana O'Donovan believes that openness is a key part in the science equation. "It is very important to have interest and see science's relation to the world,” she says. "If you're open to science and interested, then you will always see the fun in it."

Handling prehistoric fossils proves to be another highlight of the symposium for many of the girls. "Out of all my activities, I'm really looking forward to 'Creature, Creature, Great and Small'," Cassie Nottingham of Lakelands Park Middle School says. "Creature, Creature” instructor and Parkland Middle School Teacher Joel Cohen thinks that hands-on activities are crucial in discovering the sciences. "Any time I got to discover things myself, that was real enrichment. I hope the girls become interested in the study of life and find enrichment in science," she says. 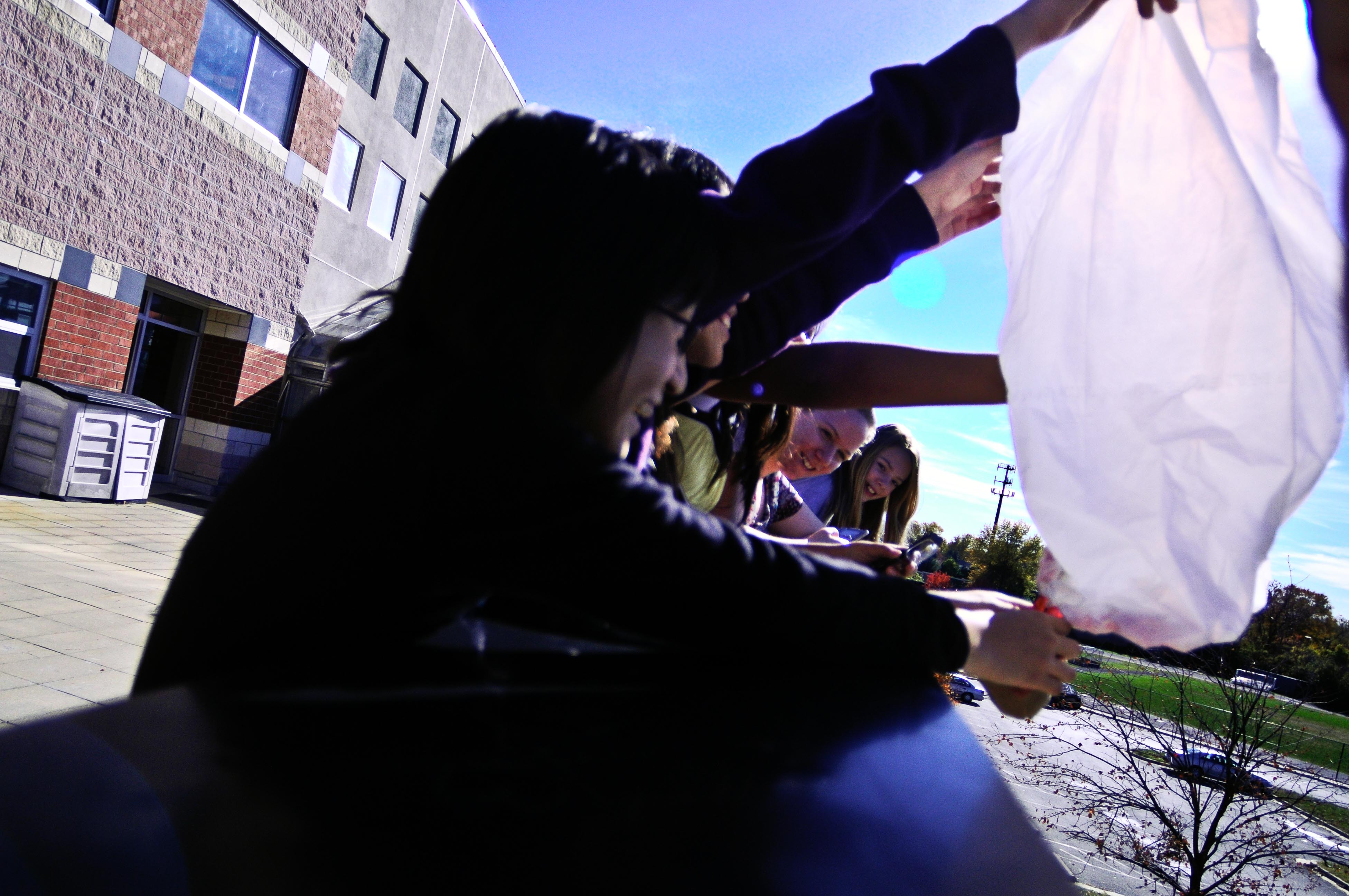 Photo: FIST attendees participate in hands-on science workshops both inside and outside of school.

Photo: FIST attendees participate in hands-on science workshops both inside and outside of school.

Blair science teacher Leslie Blaha gives participants an introduction into genetics by having them create their own species by flipping a coin to determine parental traits and then construct their babies out of marshmallows and other tools. Other workshops feature fingerprinting, robots, probability, weather, the skeletal system and Bee Bop Genetics.

Freshman Jamie Matthews, who volunteered at this year's FIST, first attended the symposium when she was in seventh grade. Even though the event covered complex topics, Matthews was inspired to master these subjects in the coming years. "When I attended the event, I realized genetics was really cool,” she says. "Two years ago I didn't understand these topics, but now I do.” FIST influenced Matthews to think about her future, and coming back to work at the event was an easy choice. "I wanted to volunteer because, like going back to your elementary school, I love seeing the younger kids and how the event has changed," she explains.

Surrounded by peers with similar interests, girls navigate the corners of the science universe throughout the symposium and get to see women who work in scientific fields in action. "Historically there have not been that many women in science, and FIST is an opportunity for girls to see that science is fun and relevant and to fully see the breath of what science can do," Troy says.

The aim of the symposium is for participants to understand science and enjoy the experience. "Our goal is for students to learn science and have fun," Dieckman says.

At the FIST, unlocking hidden interests help many girls realize their love of science. "After my science teacher recommended me, I found out how interested I really was in science," Gabriel says; she later notes that she is thinking about possibly going into a science field one day. Following Gabriel, other girls begin confessing their love of science. Jesika Washington of Sligo Middle School grins and says, "It's my favorite subject, too.”