Ooh ah, you wish you were a Blazer!

The warm-up music shuts off, the teams line up and the announcer's voice begins to boom out of the speakers: "Please welcome the Lady Blazers as they take on your very own Lady Colonels." The crowd applauds. What follows is a game like any other basketball game in a Montgomery County Public Schools (MCPS) high school. Two teams leave everything out on the court to beat the other on the offensive and defensive ends and, after four eight-minute quarters, the game ends. But at the end of the day, no matter how hard the members of each team played, they will be recognized, not as true representatives of their respective schools, but as its "ladies." In basketball, and all sports, female athletes work just as hard as their male counterparts, and should therefore be given the same respect. Girls' sports teams should be referred to without the preceding "Lady." 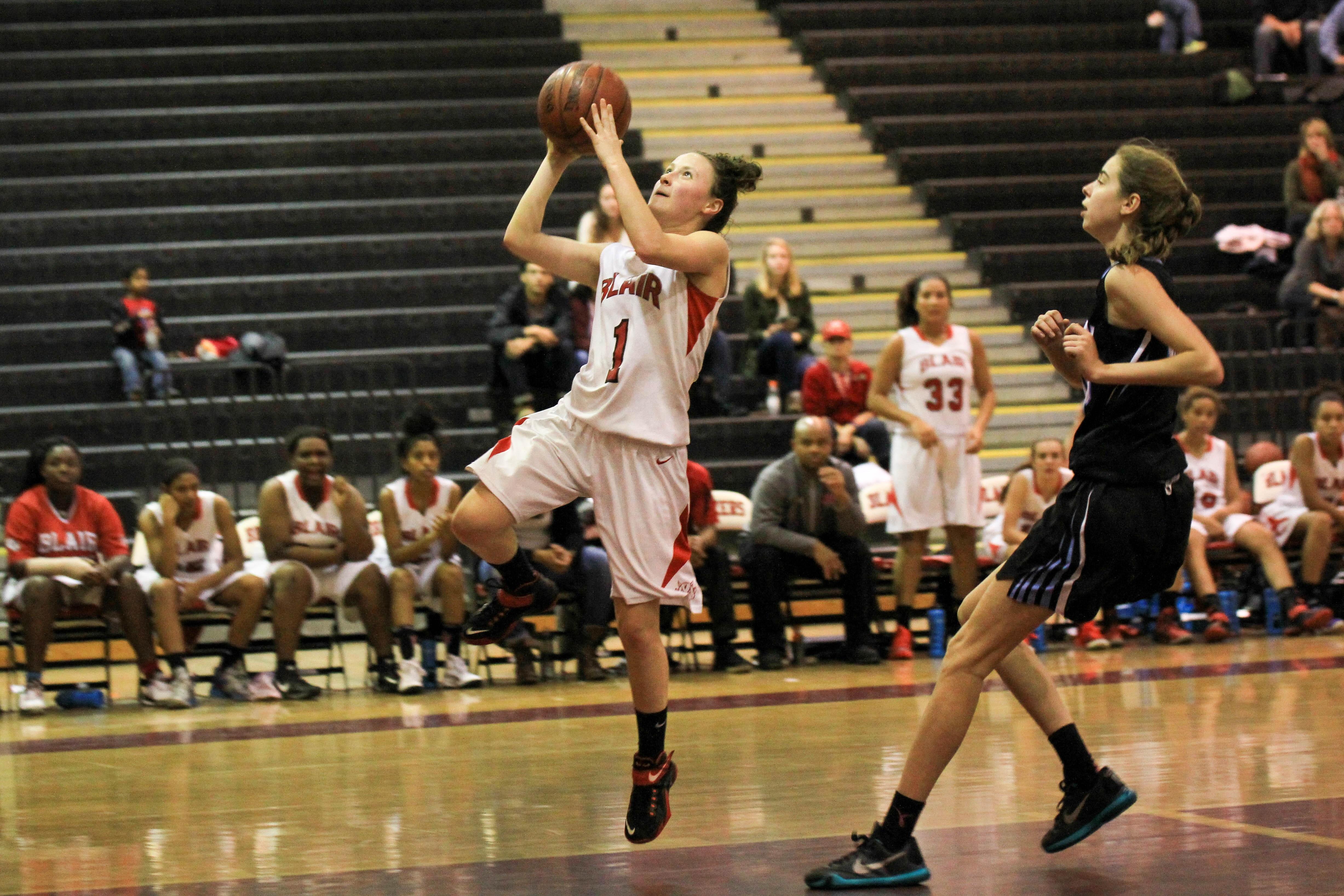 Key to this discussion is to first understand what a "lady" is and what the word "lady" insinuates. According to Merriam-Webster, a "lady" is a woman who behaves in a polite way, a woman of high social position or a man's girlfriend. The expectation when playing sports is not to perfect etiquette and especially not to be subordinate to any man. When competing in an athletic event, the goal is to out-work and display a better mastery of skills than the opponent. In fact, being a lady often revolves around values of appearance and social maneuvers that one must throw out the window to really commit to a sport.

Furthermore, referring to teams as the Lady Blazers, for example, alienates girls, or at least girls' athletic teams. After all, if a girl is a Lady Blazer, the implication is that a normal Blazer is male. Unfortunately, calling girls' sports teams the "lady" version of their schools' mascots is quite common in MCPS, and when it happens, no one bats an eye. Websites like MoCo Daily, as well as entire athletics programs such as Paint Branch High School's, and even Blair's athletics website use the word "Lady" before girls' teams' names to differentiate them from boys' teams. This system is antiquated. Distinguishing between boys' and girls' sports teams is often necessary, but it can be done just as easily by merely stating the gender of the team members. 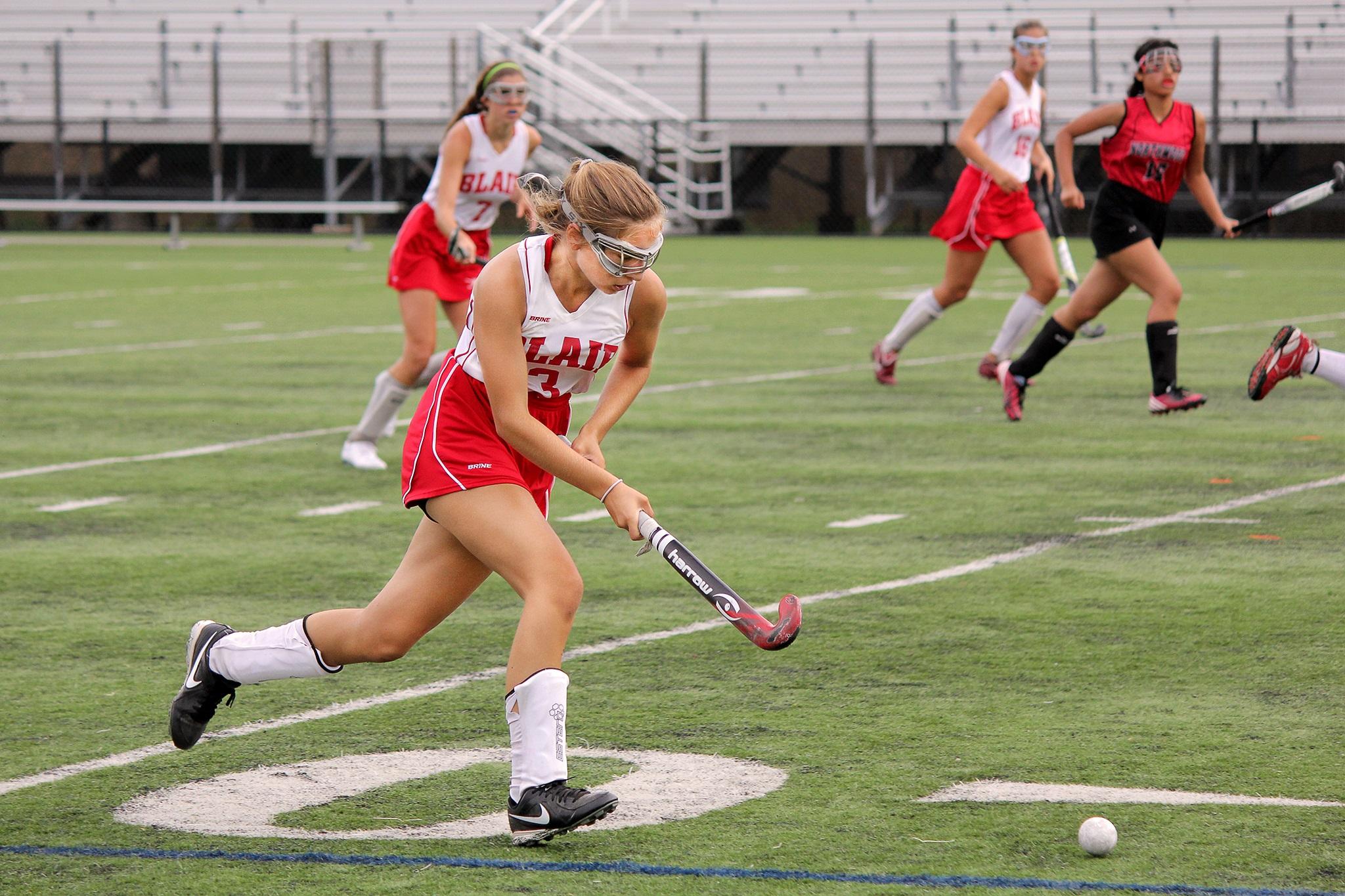 Photo: Field hockey, one of the school's all female sports, requires strength, endurance, and a very specific technical skill set.

Today more than ever, women are proving that they can hold their own in a male-dominated athletic sphere. From the San Antonio Spurs' assistant coach Becky Hammon to the Buffalo Bills' assistant coach Kathryn Smith, women are proving their athletic knowledge and breaking through the glass ceiling in men's sports. At the same time, women are thriving in their own arenas and women's sports are growing. Schools such as the University of Delaware, among others, have dropped the "Lady" before their women's team names, and Blair and the rest of MCPS should follow suit.

Girls do sports for a number of reasons, but very few put in hours upon hours over months to have their work marginalized and devalued. A girl's sweat is just as hard-earned as a boy's. Female athletes deserve as much respect and recognition as male ones do, and eliminating "Lady Blazers" from common terminology will be an easy yet significant step towards appropriately honoring their efforts.