The old will take home the gold

This was not an exciting year in terms of movies. There were very few stand-out films and most of the contention for this year's major Oscars is between "The Artist" and "The Descendants." Most of the nominated movies had very little commercial success, so there is not much drawing in the everyday movie-goer to this year's awards, but with Billy Crystal reprising his role as host, it is sure to be a good time. Two of Silver Chips' biggest movie fans are here to help you prepare for this year's Academy Awards. 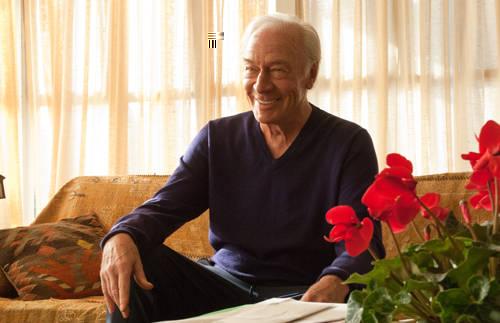 Photo: Hollywood veteran Christopher Plummer is bound to win an Oscar for his role in the little-known movie "Beginners."

Photo: Hollywood veteran Christopher Plummer is bound to win an Oscar for his role in the little-known movie "Beginners." Photo courtesy of Olympus Pictures.

This category has become a two way race between Plummer and the other senior nominee, Max von Sydow. Plummer should take this category with no problem – von Sydow's part in "Extremely Loud and Incredibly Close" was well acted, but not well enough to redeem the emotional train wreck that was the rest of the film. I'm set in my Plummer prediction, but I do wish Jonah Hill's performance in "Moneyball" received a little more recognition this awards season. Hill's role as an economist turned sports buff was unexpectedly on point, especially given his previous repertoire of movies like "Knocked Up" and "Superbad."

The Academy loves to give Oscars to life-long actors who make a great appearance in the latter years of their life, and this will be no exception. However, if Plummer and von Sydow weren't nominated for this category, I would be set on Hill, mostly because of the awesome fact that Jonah Hill would be an Oscar winner. Of all the people I would ever predict as an Oscar nominee, he's probably at the bottom of my list. Unfortunately for him, he is up against two celebrated actors.

Octavia Spencer's tenacious performance as the outspoken maid Minny in "The Help" should cinch this category, but it's not to say that she isn't up against some worthy competition. Other nominees include Spencer's fellow cast-member Jessica Chastain along with "Bridesmaids" scene stealer Melissa McCarthy. But ultimately, no other nominee in this category managed to match Spencer's perfect mix of subtle comedy and gritty realism.

I can just sense that Spencer will easily win this category. Although I am rooting for McCarthy to take the win for her incredibly hilarious performance in "Bridesmaids," I feel like "The Help" will have to take home at least one Oscar and this category is definitely going to be a winner. Spencer's awe-inspiring Golden Globe speech was certainly a push for the Academy to vote for her, and I am sure that she will have an even better speech prepared for the Oscars. 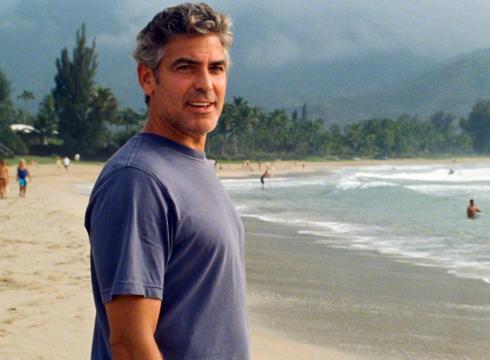 Photo: George Clooney's powerful and emotional performance in "The Descendants" may give him his first Oscar as a leading actor. He won Best Supporting Actor in 2006 for his role in "Syriana."

Photo: George Clooney's powerful and emotional performance in "The Descendants" may give him his first Oscar as a leading actor. He won Best Supporting Actor in 2006 for his role in "Syriana." Photo courtesy of Fox Searchlight.

This is my most reluctant pick of the year. It's not to say Clooney doesn't deserve his Oscar nod – he powered through "The Descendants," making the film both laugh-out-loud funny and extremely poignant - but I feel as if I've seen him in this role before (2009's "Up in the Air," anyone?). Yet at the same time, this is Clooney's third time up for Best Actor, and it just might be time for him to add a leading role statue to his collection.

While Jean Dujardin was delightful in "The Artist", I don't think that his role could compete against Clooney's powerful and emotional performance. Clooney has played similar characters before, as Claire points out, but he's never won as a leading actor and he deserves it.

I have a confession to make: I'm not a huge fan of "The Help" in either book or movie form. But I will say that Viola Davis's pitch-perfect performance as the wise housekeeper Aibileen Clark made the movie's two and a half hour run-time a lot more manageable. Davis previously captured the Academy's attention in 2009, where less than 15 minutes of screen-time was enough to earn her a Best Supporting Actress nod for her role in "Doubt.” Her larger, just as beautifully acted part in "The Help" should land her enough votes to win this time around. 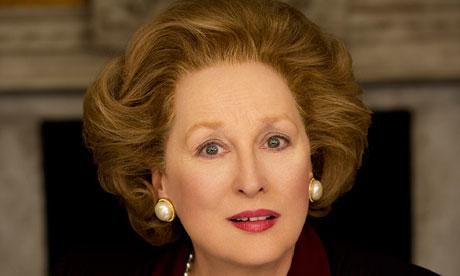 Photo: Meryl Streep excels in her role as Margaret Thatcher in "The Iron Lady," and is a contender for Best Actress in a Leading Role.

Photo: Meryl Streep excels in her role as Margaret Thatcher in "The Iron Lady," and is a contender for Best Actress in a Leading Role. Photo courtesy of The Guardian.

"The Iron Lady" was generally panned as a movie, but Streep's fantastic Golden Globe winning performance as Margaret Thatcher was one of the movie's only redeeming qualities. I'm going to go out on a limb and say that she has a fair chance of winning on Sunday. While Davis also has a very solid shot, Streep is one of those nominees who will win based on her career as a whole. She has been nominated for Oscars 17 times but has only won twice, the last time being in 1983. Unfortunately, every time she is nominated she is outshone by another stunning performance, but I think this year is her year.

Best Directing appears to be a toss-up between Hazanavicus and "Hugo" director Martin Scorsese. I'm going to give newcomer Hazanavicus the upper hand on this one, only because Scorsese came home with a statue just five years ago for "The Departed." The category this year is filled with perennial nominees, and I have a feeling the Academy will want to award some fresh talent this time around.

I think that it's a close tie between "The Artist" and "The Descendants" in this category. Payne won an Oscar for his screenplay "Sideways" in 2005, but did not win for Best Director. Again, this year he is nominated for both Best Director and Best Adapted Screenplay, but he has the upperhand of being nominated as a producer of a Best Picture nominated movie. I believe that the Academy will give him at least one of these categories, as they have to respect the fact that he wrote, directed and produced a fantastic movie. While the Academy does enjoy presenting the award to up-and-coming stars such as Hazanavicus, great work doesn't always go unnoticed. 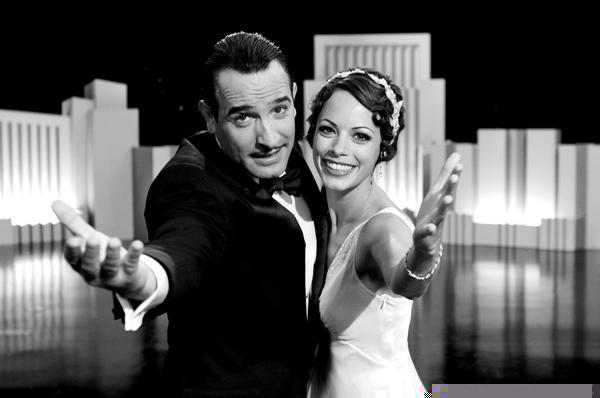 Photo: "The Artist", nominated for 10 Oscars this year, is predicted to be a big winner at this year's Academy Awards.

Photo: "The Artist", nominated for 10 Oscars this year, is predicted to be a big winner at this year's Academy Awards. Photo courtesy of La Petite Reine.

This one's more or less inevitable, though the Academy managed to scrounge up a surprisingly robust list of nine films for this year's ballot. I sat through them all, and I'll admit that while some of the nominees were predictable choices that deserve the recognition ("The Descendants," "Tree of Life") I question why others made the ballot (I found the tear-milking"Extremely Loud and Incredibly Close" and the similarly over-sentimental "War Horse" to be two of this year's most egregious nominees). "The Artist" wasn't my favorite of the nine and in a year with a stronger field of nominees, I don't think it would stand a chance. At the same time, it was a cute film and I have no qualms about calling it the winner. Sure, there's always the possibility that the Academy will balk at giving a black-and-white, almost silent movie the title, but the movie has fared extremely well this awards season and at this point, the dark horse "The Descendants" seems too far behind to pull an upset.

While I agree with Claire that "The Artist" has a very strong chance of taking home the gold, I personally feel like "The Descendants" was the best movie of the bunch. The subtlety and power of such a simple story drew in audiences, not to mention the majestic cinematography which captured Hawaii's beauty while also showing its less documented commercial side. "The Artist" was a very heart-warming and sentimental movie that brought people back to a simpler age of silent film, but it was also slightly boring and I don't think it lives up to the caliber of "The Descendants." "The Descendants" also has the advantage of winning the Golden Globe for Best Picture, and while that is not a great indicator of the Academy's selection, as the Hollywood Foreign Press Association is considerably smaller than the Academy, it still gives the Academy an idea of who they might consider voting for. I am also disappointed that "Bridesmaids" didn't even get nominated this year, but it probably would not have won anyways thanks to the Academy's bias towards dramas.