Out of this world planet names

After NASA's (National Aeronautics and Space Administration) discovery of seven new planets and the organization's tweet about their names, TRAPPIST 1-b through TRAPPIST 1-h, it wasn't difficult to guess what would happen next. People started posting all kinds of silly names. At Blair, many students were excited about the idea of the new planetary additions. Here are a few Blazer-created planet names.

The seven Earth-sized planets are clustered around a single star. Three are located in the habitable zone, which is the area around the star where the planet is most likely to have water. If the planets orbited a larger star, they would be fried to a crisp. However, all seven bodies are bathed in just the right amount of warmth to hold liquid water. Three of them receive the same amount of heat as Earth, Venus and Mars, putting them in "the habitable zone." The possibility of these planets being hospitable to people or other life forms is an intriguing proposition for NASA technicians to investigate, and also for Blazers to think about. 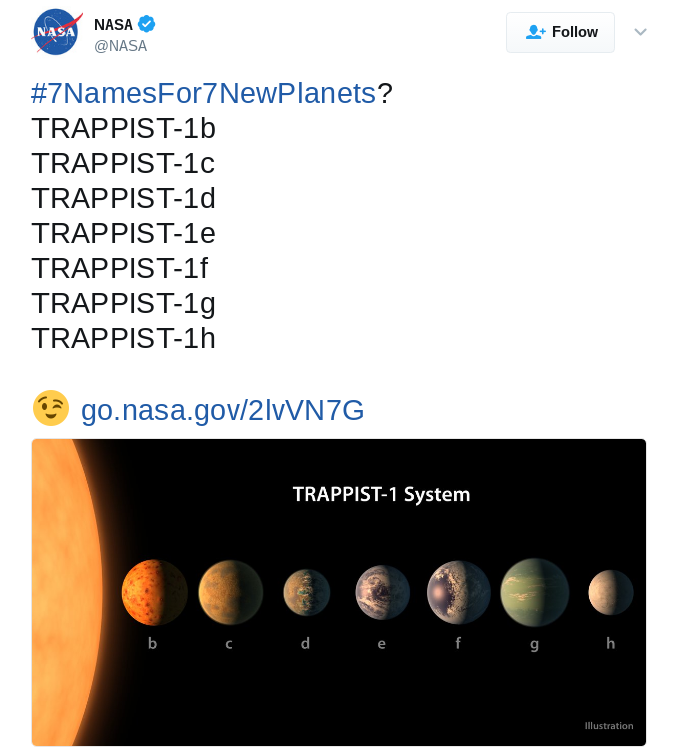 Junior Deanna Williams took a more inspirational path and decided to name one of the planets "Rosa," after the late American civil rights activist, Rosa Parks. The meaning behind the name explains itself. Rosa Parks is often mentioned in classrooms when learning about U.S. history. Williams hoped to recognize the effect Rosa Parks had on the Civil Rights Movement with the name. "Seems to define strength and a new sense of power. Changing times and all. She was a part of an era of change and so are these new planets," Williams explains.

Next up is a more straightforward name by senior Leslie Hernandez. She based her name on the liking of the word and the popular zodiac sign, Aquarius. Though there isn't much meaning to the name itself, she wants the planet to have the same characteristics of Earth, but with a twist: no rules. It would be her own world but still resemble her home here on Earth. "Everything there is here but with no rules or anything," Hernandez says, chuckling. 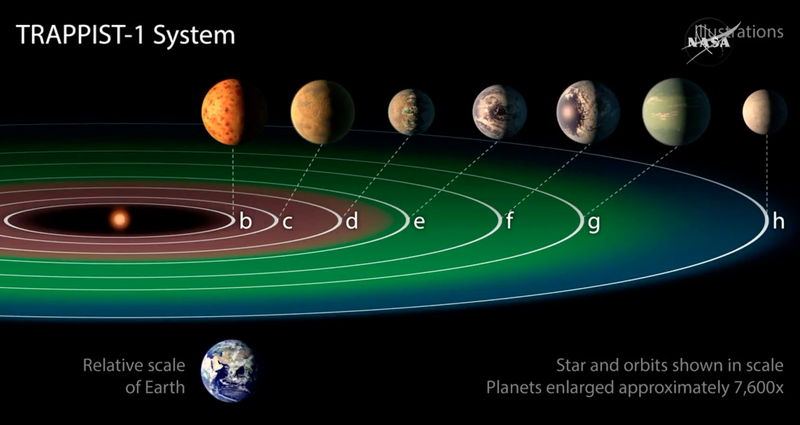 Photo: The TRAPPIST-1 system planets were given very similar names.

Photo: The TRAPPIST-1 system planets were given very similar names.

Lastly is a name solely based on the popular video game, Skyrim. Junior Luis Zelaya based his planet name, Nirn, on his beloved Elder Scrolls game. However, most may not know that there is a relevant meaning for the name. "Nirn stands for 'mortal planet,' which means living organisms. We don't know if there's life on the new planets yet, but if there is evidence of life, I would call it Nirn," Zelaya says.

Sadly, NASA will not be collecting names from the public but rather rely on the IAU's (International Astronomical Union) process for naming the planets. Let's just hope the new names aren't lifeless. If you would like to name one of these planets, tweet us @mbhsSCO.