In the wake of the shooting at Marjory Stoneman Douglas High School in Parkland, Fl. on Feb. 14, 2018, that left 17 dead, students across the country flocked to the streets to protest for stricter gun control laws. However, these protests have not yet had their desired effect, as only two of several proposed lawshave actually been passed since the Parkland shooting. So, what is currently being done by government officials in response to recent gun violence?

Just two states, Oregon and Florida, have passed gun control laws since the Parkland shooting. Oregon's law prevents those convicted of stalking or domestic violence, or under a restraining order, from owning a gun or ammunition. The bill passed by a close 16-13 vote.

Florida legislators passed the Marjory Stoneman Douglas High School Public Safety Act, which is the first major gun-control law passed by Florida in decades. The bill raises the minimum age to buy an assault rifle from 18 to 21, bans bump stocks and institutes a three-day waiting period, allowing buyers to reconsider their purchase. It also grants law enforcement the ability to ask courts to temporarily freeze the gun-owning rights of those who pose safety threats. Although the Marjory Stoneman Douglas student-activists rallied for a ban on military-style assault rifles, they still see the bill as a step in the right direction. "I don't think we made a huge change, but we definitely moved the needle a little more than it was before,” Sari Kaufman, a sophomore at Stoneman Douglas High School, said in a Miami Herald article. 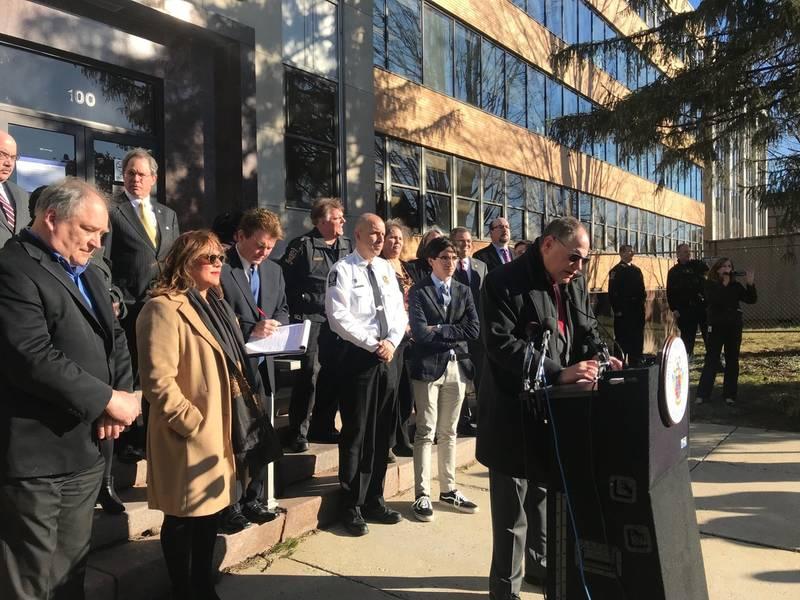 Photo: Montgomery County Council members rallied for stricter gun control laws at a protest on March 5 outside of the County Office building in Rockville, MD.

Photo: Montgomery County Council members rallied for stricter gun control laws at a protest on March 5 outside of the County Office building in Rockville, MD.

Blair Sophomore Jennifer Mendoza believes that any gun control law is "a good law," although the laws that require buyers to undergo mental assessments are most effective. "It helps us feel more secure. There should be small tests that go more in-depth and test your mental state," Mandoza said.

Considering that Florida's governor, Rick Scott, is backed by the National Rifle Association (NRA) for proactively supporting pro-gun legislation, it is a testament to the severity of the Stoneman Douglas shooting that the Marjory Stoneman Douglas High School Public Safety Act was signed into law. Maryland, a state much more partisan to gun control, has not officially passed any anti-gun legislation since the Parkland shooting.

Steps are still being taken in Maryland. On March 15, the Md. House of Delegates passed three gun control bills, which are still undergoing debate in the Maryland Senate. The bills expand the ban on assault weapons and ban bump stocks and other devices that turn semi-automatic firearms into automatically-firing weapons. Governor Larry Hogan has endorsed all three bills.

Montgomery County council members are advocating for stricter federal gun control laws. On March 5, council members joined with Montgomery County Public School students at the Rockville Council Office Building, demanding that Congress pass stricter gun control laws. According to county council member Sidney Katz (District 3), gun control should not be only a state or federal issue. "The regulation of guns is a state and a federal issue, but all issues in some way are local. I recognize the need to be vocal and let our colleagues know that enough is enough," Katz said.

Councilmember Craig Rice (District 2), wants to "see action" of gun laws on the federal level. "That means taking these assault weapons off our streets and removing the fear our children have in our schools," Rice said.

In 2017, Maryland passed the Condemning Acts of Gun Violence resolution, which expects Maryland legislators to prevent firearm access for those who intend to take a life. While the resolution was passed in response to the 2017 mass shooting in Las Vegas, Nv., the recent Parkland shooting hasn't pushed Maryland legislators to pass new laws fast enough. Montgomery County Council Vice President Nancy Navarro expressed her concern over slow-moving gun-control legislation. In an article for the Rockville Patch, Navarro said that Congress, "failed to take action against Americans." 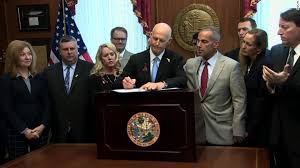 Photo:
On a national level, President Trump has been non-committal regarding what action he plans to take on gun control. Trump, who plans to have a bill passed intended to reduce gun violence, recently expressed support for universal background checks, but a White House spokesman all but denied that such background checks will be part of the bill. And despite Trump's seeming support for gun control, he stated of the NRA, "They love our country and will do the right thing."

Incidents of gun violence in America are growing. MSNBC talk-show host Rachel Maddow pointed outthat the first six mass shootings occurred over a 50-year span, while the last 32 shootings are condensed in a mere 18 years. This frightening statistic is likely the reason why 71% of Americans are now opposed to under-21-year-olds purchasing firearms, recorded in a February CNN poll. These numbers don't reflect the lack of gun-control legislation in Congress.

With many Maryland residents still dissatisfied with the lack of gun control legislation in the state, supporters of new laws continue to take action. Even after Wednesday's protests, there is still work to be done, according to Blair senior Brenna Letivan-Garr, a leader in the group Montgomery County Students for Gun Control, which "encourage[s] students who feel passionately about this issue to stand up and speak out." In particular, she and the group hope to see the minimum age to purchase guns in Maryland raised to 21, a ban on assault style rifles and universal background checks, among other things. While the question of which laws will be passed in Maryland is still up in the air, expect much controversy surrounding this issue in the near future no matter what happens.