An inside look at Blair's budding interest-based communities

Read Part 1 on new STEM clubs at Blair and Part 2 on new service-based clubs this year.

No, it's not a clique of geometry fanatics waving protractors. Thankfully, club captains and sophomores Jamie Rowley and Conrad Smith have a far more accurate explanation. "Angling is the professional name for fishing. It covers more of a lifestyle rather than the sport, and it's also the history," Rowley says.

Every week, members meet for lectures all about how to fish. "We go over safety, Maryland law, outdoor code, ethics and just how to be a safe and responsible fisher," Rowley says. "We want to make sure that they know as much as they can before they go out on the water."

At Blair, Rowley and Smith are the perfect pair to learn from. "I've been fishing since I was three," Rowley says. "I've gone on charters for fishing, and I took lessons in Florida." Despite his stockpile of experience with fishing, Smith is modest. "I watched a lot of YouTube," he says, chuckling.

The true highlights of Angler's Club are its fishing trips outside of school. They've been all over the region on past trips, including Northwest Branch, Anacostia River, Sligo Creek, Lake Needwood, Clopper Lake and the Chesapeake Bay. "We try to get people out in nature, get them off their phones and enjoy something that people take for granted," Smith says.

Angler's Club meets every Friday during lunch in room 216. Their next meeting is on Oct. 11. Contact Jamie Rowley with further questions.

Her fingers move on the micro-level, adjusting the wood pieces until they fit perfectly. She steps back after hours of knit eyebrows and tense shoulders, and absorbs the sight of the new structure she's put together. Senior and club founder Audrey Li has completed her replica of Italy's Duomo di Milano, the cathedral church of Milan.

Architecture Club generally consists of lectures and building projects. Li and fellow founder Karen Yang (senior) have a plentiful assortment of topics planned, starting with types of structures and the design process, then moving onto green buildings, disaster-proof architecture and 3D computer-aided design tools. "[Building and lecture time] depend on how long it takes to build, when it arrives, and if we have money for more," Li says.

In addition to these regular meetings, Li and Yang are also looking into a variety of competitions, including the Cooper Hewitt's National High School Design Competition and Scholastic Art Awards. Cooper Hewitt's prompt for the 2019 competition sought designs that addressed a global nature-based problem.

Architecture Club also has big plans for the holiday season—gingerbread houses scheduled for Dec. 13! "Maybe we'll have a contest for aesthetics, too," Li says.

Li explains that the club is of a more relaxed, learning-based nature. "It's not meant to be an intense environment," she says. "We want it to be a place for people to chill, learn some architecture, and make friends."

Li's favorite aspect of the club is its environment and member dynamic. "Everyone there actually wants to go and there are so many fun things to cover," she says.

Just as its name suggests, Political Discussion Club meets every week to discuss current issues regarding national and international politics. "We pick a political topic, which is semi-democratically chosen, and we talk about it for the entirety of the period," club president and senior Joseph Byler says. 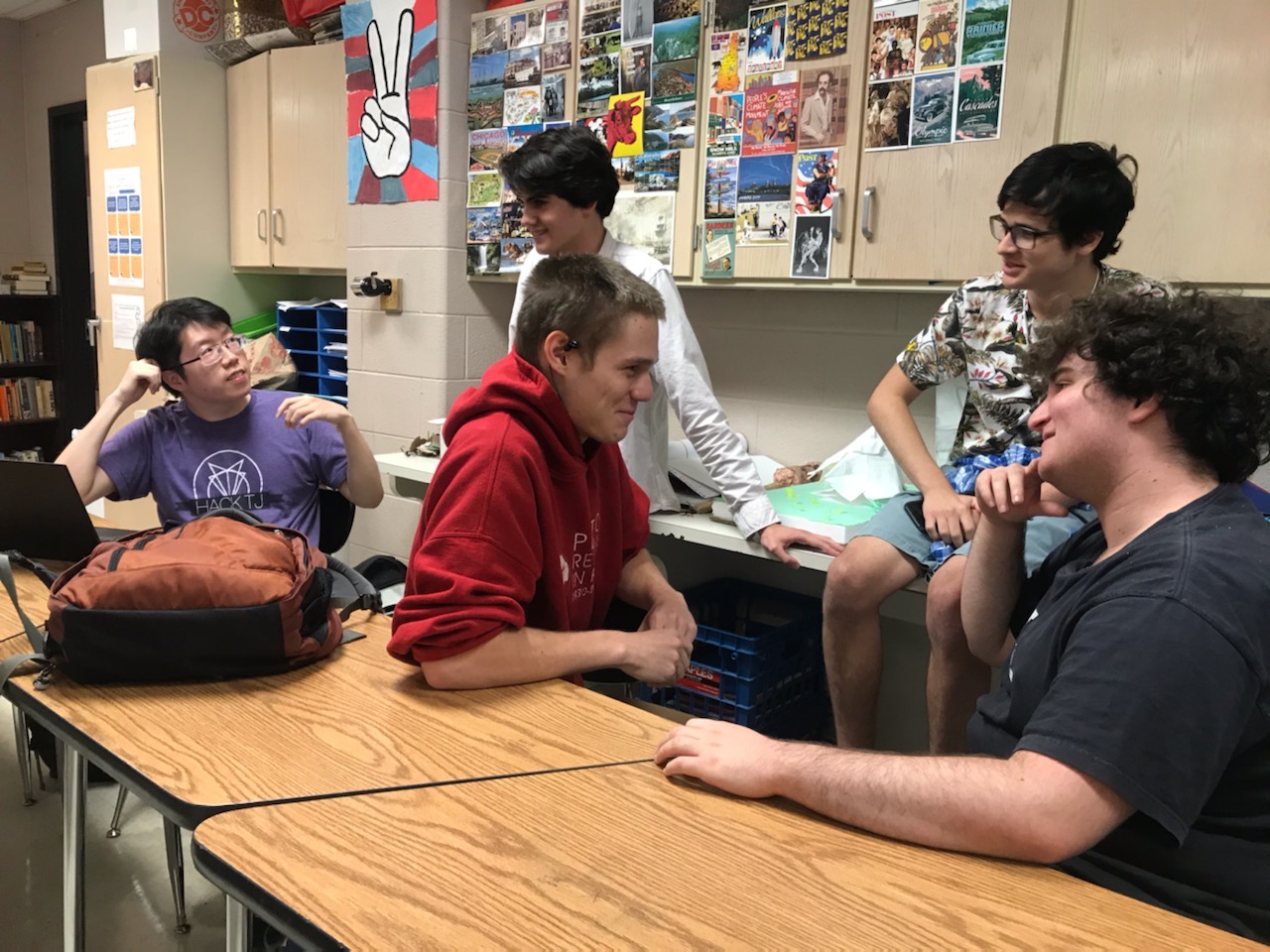 Aside from discussions, Byler also hopes to attend nearby political events and partner with OneBlair. "There's not really a partisan nature or ideological bend to the club, so it would have to be some kind of neutral forum," he says.

Byler sees the club as a great way for students to become more informed. "My favorite part is just seeing all the smart people show up and hearing their diverse array of opinions," he says.

Political Discussion Club meets every Thursday during lunch in room 164. Their next meeting is on Oct. 3. The club has an open Vice President position. Contact Joseph Byler to apply or ask further questions.

Jared Ramirez, sophomore and founder of the Game Theorists, isn't here to play games. Actually, he is—strategy-based board games such as Settlers of Catan and Ticket to Ride, of course. "[We play] tabletop games, not games like Monopoly or Sorry and the regular games that people think of," he says.

In Settlers of Catan and Ticket to Ride, the objectives are similar: build the largest settlement or the longest track. Players compete for various resources by rolling dice, or block each other's tracks by building their own.

Ramirez was initially reluctant to start a gaming club because he feared it would be too broad. "There's so many different video games that there is really always too much strategy involved," he says. "However, with strategy gaming and tabletop gaming, there's tactics to the game and how to play it."

While the gaming aspect is fun, Ramirez also notes the simultaneous learning that occurs. "I love that you're able to enjoy playing games with your friends while also having to be smart about the decisions you make and the actions you take," he says.

The Game Theorists meet every Friday during lunch in room 325. Their next meeting is on Oct. 11. Contact Jared Ramirez with further questions.