Part Three: What Happens Next?

Editor's Note: Article update at 8:53 p.m. on 2/13/19. Correction: Multiple paragraphs have been edited to clarify the author's' intent

Links to the other installments in this series can be found here: Part 1, Part 2

Emily Jones' most prominent memory of her multivariable calculus teacher is captured in a five word question:

He was awarded the Edyth May Sliffe award for distinguished mathematics teaching from the Mathematics Association of America in 1989 and then again in 2003. He was lauded as "the most highly regarded high school math teacher in the county," by Emily Messner for the Washington Post in 2008. Yet, what sticks out most in Jones's mind from her time under former Magnet teacher Eric Walstein's tutelage was the joke that he made at her expense.

The day started out like any other. Jones entered the classroom and sat down in her front row seat, which she abhorred. "I always sat in the back in classes because I was super shy in high school and on the first day he came in and he knocked one of the guys in the front row out and pointed at me, sitting in the back and pointed at the seat right in front of him," recalls Jones.

This was not at all a surprise to Jones. Walstein's preference for female students was an open secret, passed from class to class. "He always had a reputation of asking girls, especially Asian girls, to sit in the front of the classroom," explains Maureen Lei of the Magnet Class of 2012.

So Jones sat down in the seat Walstein had chosen. She opened her notebook, skimmed her notes from the class before and as the class was starting, reminded herself to never, under any circumstances, make eye contact with Walstein.

"If you made eye contact and you were in the front row he might roll up to your desk and put his elbows on your desk and get six inches from your face and say, 'hello, sweetheart,'" she explains. "I really just didn't want him to ever talk to me because I had seen the way he had gotten up in other girls faces and I was terrified."

The class proceeded and Jones tried to be as inconspicuous as possible, but it was not her lucky day. "At one point out of nowhere he just stops class and rolls over to my desk and does that to me, like puts his elbows on my desk and leans in very close and whispers, 'Do you want a kiss?'" recalls Jones. 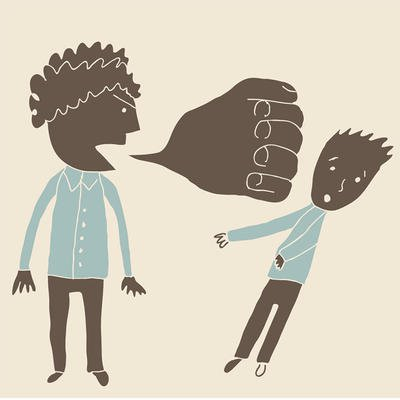 Photo: Many of Walstein's former students were not aware that what he said constituted verbal harassment.

Photo: Many of Walstein's former students were not aware that what he said constituted verbal harassment.

Terrified and distraught, she froze while Walstein leaned back and repeated the question louder so the whole class could hear. "I was just mortified because I already knew that he was creepy and was making all these hints at female students and I had no idea what I was supposed to do," Jones explains.

And then, out of his sweatpants pocket, Walstein pulled out a slightly squashed Hershey's kiss. All was right in the world. Except that really, it was not.

Jones was shaken by the incident and unable to focus for the rest of class. As she started to think it over she started to fall into his trap, blaming herself for the massively inappropriate comments he had just made. "I felt terrible, I felt like I was supposed to have played along and that it was my fault that his joke flopped and that I just needed to be stronger and fight back, or laugh along with something," remembers Jones.

This was not an innocent moment, a single joke that just went wrong, this was sexual harassment and it wasn't the first time it had happened. Walstein made comments like this, about female students' bodies, clothing and ability to do math, throughout his 28 years as a math teacher in the Montgomery Blair Math, Science, Computer Science Magnet Program.

Maureen Lei was a rising sophomore when she attended the annual Magnet picnic at the end of the summer of 2010. She was about to enter Walstein's pre-calculus class and was already weary of him from what she had heard from others about his conduct. All of her fears for the coming semester were legitimized when Walstein walked right up to her and proclaimed her, "beautiful but stupid."

Her experience with him went from bad to worse. As soon as she entered the class she was promptly moved from the back up to the very front row. From that seat, she was forced to endure a continuous string of inappropriate and sexual comments from Walstein rather than learn math, like she had signed up for. "I would just characterize him as being grossly unprofessional in general, and that runs the gamut from just not teaching to making really inappropriate, really sexual comments to students," explains Lei.

Woven between the lessons on limits and logarithms, Lei remembers conversations about human anatomy and reproduction that should not even have taken place in a biology class, let alone a math class.

Jones remembers similar inappropriate comments made during her class, along with extremely sexist comments that Walstein made to deter some of the best and brightest women in his class from pursuing math in the future.

"I recall him saying specifically in my class that girls should not go to MIT because they are not as good as boys at math, and that in particular they also shouldn't go to MIT because there are so many boys at MIT compared to girls that the boys would just be using them for sex," says Jones.

These comments were traumatic for a lot of the students Walstein taught. Many who took his pre-calculus class refused to take electives like multivariable calculus because Walstein was the only one that taught them. "He was harassing students in ways that made them feel like they were not good enough for math or singling them out and harassing them in a room full of male students and that actually drove them to no longer be in math team or to not take multivariable calculus," Jones says.

Women in his multivariable calculus class often felt like they could not speak out for fear that others would think they couldn't handle the difficulty of the math. "If I said, 'What Walstein is saying is inappropriate and what he's doing in creating this class atmosphere is inappropriate,' I think I expected that the response from my peers would be, 'You're saying that because you're a girl and you're not tough enough to handle multivariable calculus,'" explains Theresa Regan, who took Walstein's class in 2011.

Lei believes that even if they did not file formal reports, that some staff might have been aware. She remembers letting another teacher know about how Walstein made her uncomfortable, "I'm sure I mentioned to him in passing that this guy was creeping me out. I'm sure at times he was even around when Walstein was being Walstein."

Walstein retired in 2014 under unclear terms, but the repercussions of his behavior did not end when students found out he was no longer teaching. Some felt more more comfortable talking about his harassment knowing he wasn't teaching, but sexual harassment training was not administered to the remaining staff that year, and no public apology or communication was issued concerning Walstein's behavior.

More than just Jones, Lei and Regan experienced and witnessed Walstein's harassment. After Regan created a Facebook group in December of 2017, hundreds of magnet alumni from a wide range of classes have come forward to share their experiences in light of the numerous allegations in the media and the #MeToo movement.

As the group came together, they learned more specifically about the extent of the harassment, and the attempts to report it. "There were several people who spoke directly to teachers about his behavior, and nothing happened. It's not clear how many teachers were aware but our understanding was the teachers knew and the administrators knew," Jones says.

So the question arose among alumni: If harassment was going on for such a long time, and staff members were aware, how come nothing was done?

Lei notices that the conversation surrounding sexual harassment has progressed since she was in high school. "In 2009 and 2010, it was a very different environment. There weren't a lot of examples in the media about people speaking out about having been assaulted or harassed and having it have a positive impact for people," Lei says. Even just four years ago, when Walstein was most recently teaching, the conversation was not where it is today.

Additionally, they were not as clear on what behavior constitutes sexual harassment. "We never really identified it as being specifically inappropriate in a way that was actionable and so I think that for a lot of us it wasn't until we graduated and had some more life experience that we looked back and said, 'Oh! He was actually sexually harassing us, that's not appropriate, that's not okay,'" Jones admits.

In a program where high expectations are put on grades, and even higher on college admittances, doing anything to tarnish your reputation among teachers is often discouraged. Word can get around very quickly due to the program's small size. "What happens if this is a teacher that ends up talking to the other teachers about you?" Lei recalls asking herself. Lei told her mother, but her mother encouraged her to keep quiet, fearing it might affect her grades.

The fear around Walstein continued to grow, fueled by a fear of failure common in the Magnet Program. Rumors began that if a student were to report Walstein, he would rescind his college recommendation letters. "We all knew that rumor and so we all said, 'Okay, you don't complain about Walstein,'" Jones explains.

Although it's unclear where communication of the harassment failed to reach the appropriate authorities and be put to an end, it is clear that Walstein's inappropriate behavior was not only condoned for decades, but that he continued to be praised for his teaching even as uncomfortable situations often prevented students from learning.

Informing students of policies that have been put into place or preventative measures that have been taken is not required by the county in incidents such as this one. Teachers have been given sexual harassment training since the incidents with Walstein, but many alumni still feel as though they lack closure to put this issue behind them.

Regan recently sent an open letter to the faculty of the Blair Magnet on behalf of the Facebook group bringing their attention to the issue and sharing the alumni's wishes for improvements in the Magnet to prevent a situation like this from ever happening again. The letter states, "There are numerous alumni—angry and hopeful, exhausted and impassioned, recently graduated and decades removed from high school—who want to continue this process of uncovering the past and improving the future. We have shared our stories and begun the process; now it is your turn to continue it."