In a match filled with errors, deuces and broken rackets, the Lady Blazers (3,3) were ultimately unable to defeat the Wootton Patriots (4-2) and succumbed to a 5-2 loss.

Head coach David Ngbea was disappointed in the loss and expected the game to be much closer. "I really thought we were in the game, but we are beating ourselves," he said. 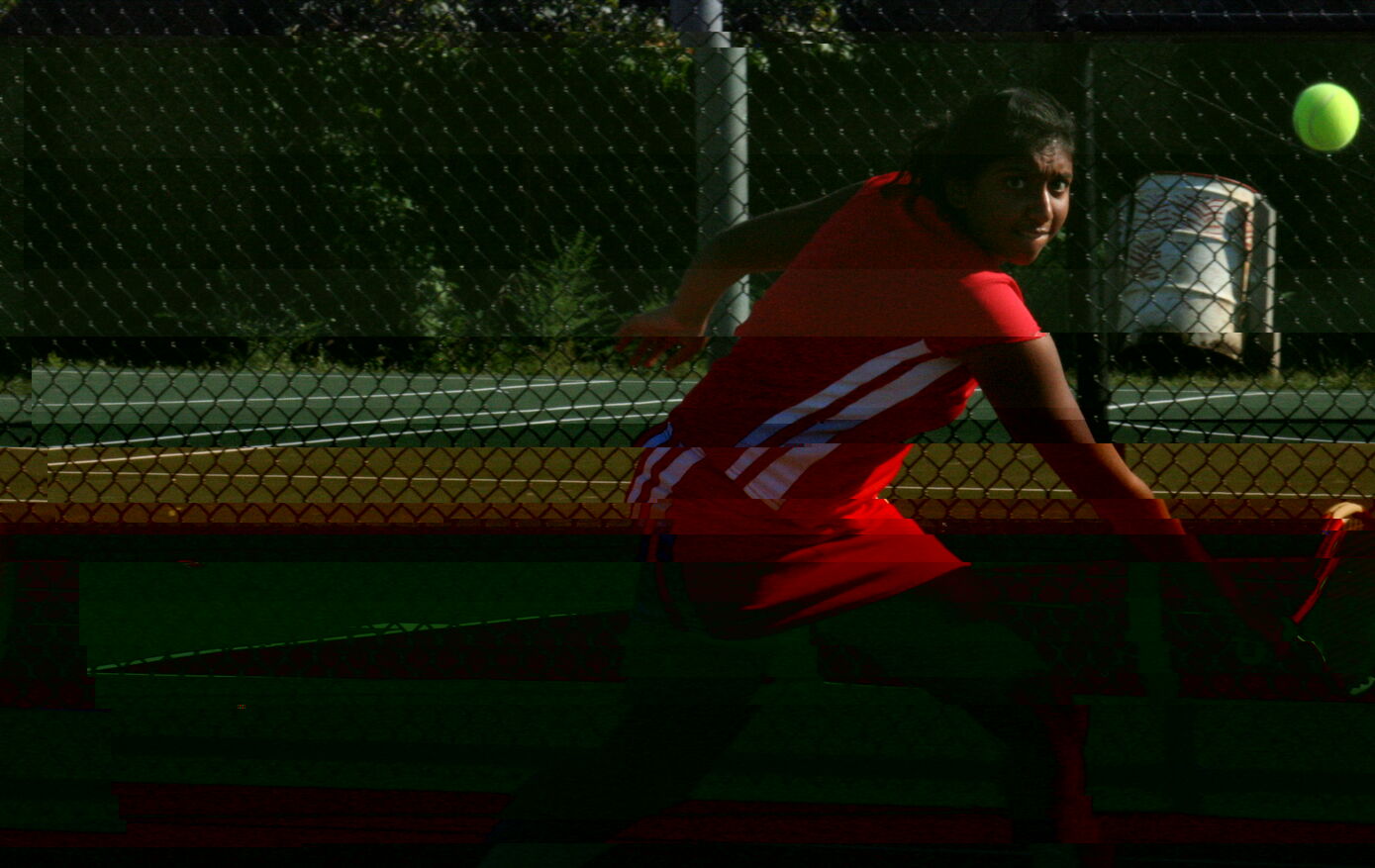 Photo: Sophomore Janvi Raichura watches the ball as she prepares for a backhand hit.

Photo: Sophomore Janvi Raichura watches the ball as she prepares for a backhand hit.

Fourth singles player sophomore Allison Whitney exhibited great persistence and patience that helped her win her match by a score of 6-1, 4-6, 7-5. Although Whitney hit the ball softer than her opponent, she kept the ball in play. Despite the game being filled with lobs, Whitney didn't get frustrated and kept calm, even when she was behind. "I think I did well. There were three deuces and a bunch of lobs, but I was patient and didn't get angry at losing," Whitney said.

Third doubles team of juniors Anna Lu and Stella Bartholet won Blair's other match by a score of 7-5, 3-6, 7-5. Although the team faced a rough start, they managed to come back from 0-3 to win the set 7-5. Lu took the advice of her coach to stay at the baseline in order to reduce errors with volleys, and the plan worked. In the last set, the Lady Blazers were up 6-5 with Lu serving. Lu was worried about the possibility of a double fault, but successfully served two aces and won the match for Blair.

Double faulting was an issue for some Lady Blazers throughout the game, including first singles senior co-captain Shilpa Kannan who lost 6-3, 6-0. According to Ngbea, double faulting greatly diminishes the odds of winning the set because it throws away points. The mistakes then disrupted her concentration and made it difficult for her to keep the ball in play.

Photo: Sophomore Allison Whitney paces herself in the longest match of the day.

Photo: Sophomore Allison Whitney paces herself in the longest match of the day.

The second doubles team of senior co-captains Ann Choi and Anya Gosine played a skilled match that was greatly improved from previous matches. The two lost 6-4, 6-4, but played a more consistent match with fewer balls hit out and more accurate serves. However, the game was interrupted with continuous miscommunications with their opponents, Patriots Lauren Sanker and Jennifer Morgan. Disputes over questionable calls and point distribution were scattered throughout the match and brought tension to the court. The Blair duo had strong ground strokes and improved their spin and volleys, but the movement and footwork of the Patriots ultimately gave Wootton the match point.

Wootton head coach, Nia Cresham was impressed by the performance of the Blazers. "I think these girls came out to play and win. I am very impressed and I'm pleased with the level of competition," Cresham said.

The Patriots demonstrated high levels of skill, especially in movement and agility. Although the Lady Blazers improved their weaknesses from previous matches, it wasn't enough to steal a victory. Ngbea hopes to see more fight and spirit in future matches and he hopes the girls will discover the aggression that he believes added to the Patriots' victory. "I like their aggressiveness," Ngbea said. "Even when they lose, you feel like they are fighting for the point. I envy that."

The girls' tennis team will play their next home game on Saturday, Sept. 25 against Quince Orchard at 10 a.m.