Philosophy is a new semester-long elective course class offered at Blair this year. The course has seen immediate popularity, with more than 100 students already signed up in its first year.

Social studies teachers Kevin Moose and Kevin Shindel proposed Philosophy last year to the Blair Administration to encourage a new style of thinking in students. "Philosophy is a growing movement. More people around the country are getting involved," Moose said. 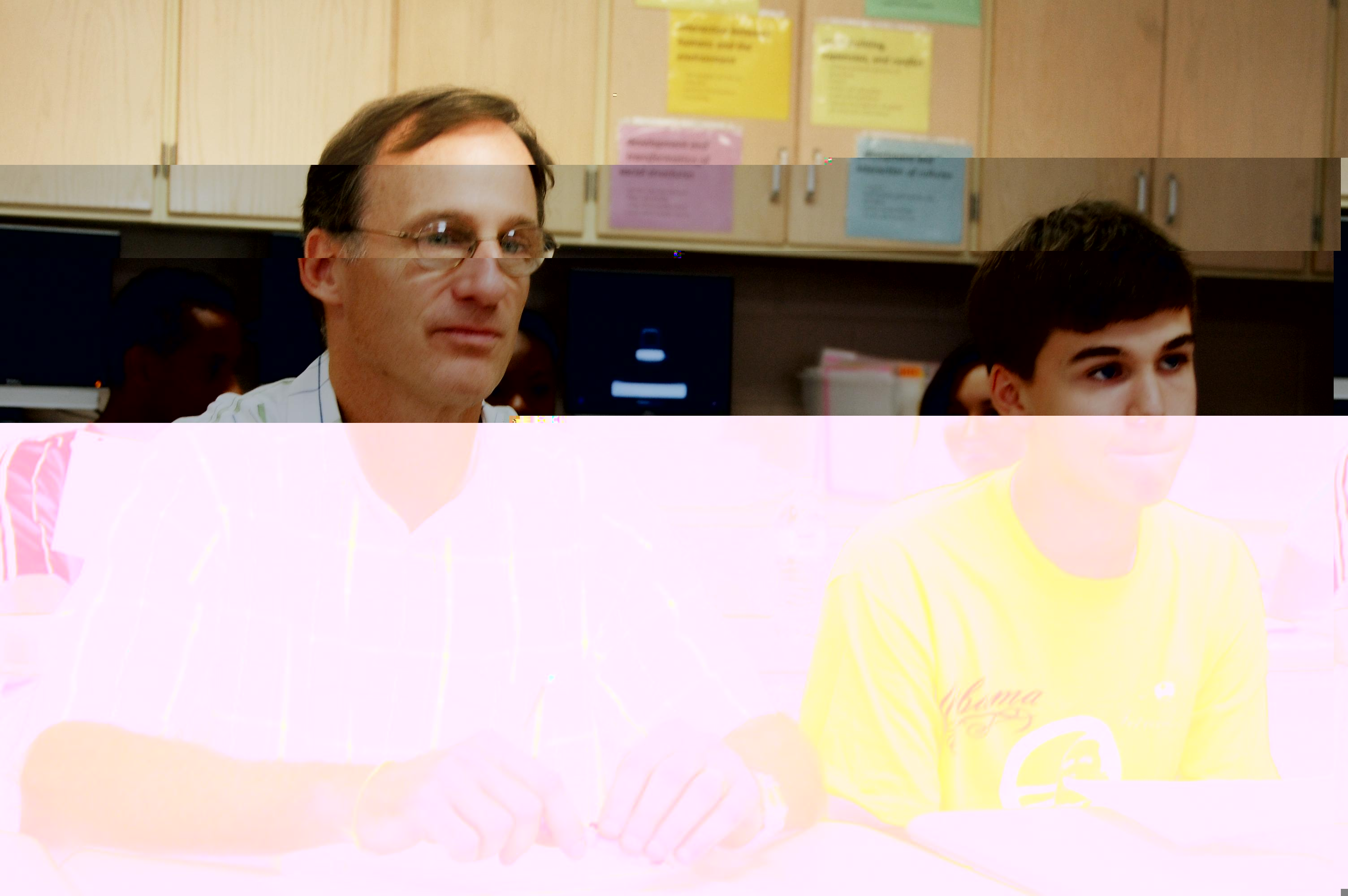 Photo: Social studies teacher Kevin Moose and junior Nick Byron participate in a discussion, one of the unique aspects of Philosophy class.

Social studies teacher Kevin Moose and junior Nick Byron participate in a discussion, one of the unique aspects of Philosophy class. Photo courtesy of Danny Rosenberg.

As an introductory course, the class has three main objectives. First, it focuses on the basics of philosophy. Later, students also study famous philosophers. However, the principal goal of the class is to show how philosophy is useful in the modern world, according to Moose. "Philosophy does not get you a job, like studying computer science or engineering," Moose said, "But philosophy and policy are closely linked and can change the world." Topics that students have discussed so far this semester include terrorism and the 2012 election.

While the class has pre-determined goals, there is no set curriculum. "We are creating as we go," Moose said. The class is structured around open discussion and welcomes debate between the class and teacher. There is no textbook, but students study various readings and articles, including Norwegian author Jostein Gaarder's "Sophie's World," a novel that follows a teenage girl as she learns about philosophy.

The class also lacks a traditional final exam. "In a system where there is so much standardized testing, we want to offer something different, and we hope it makes school more fun and attractive," Moose said. This semester, Moose teaches Philosophy seventh period. Next semester, Shindel will teach two Philosophy classes.

Many students enjoy the loose structure of the class, which allows for open discussion and the freedom to explore the topics of their choice. "Mr. Moose is really free flowing with the class," junior Carson Schweickhardt said. "We can basically choose the most interesting parts of philosophy and learn about them."

Discussion also allows students to freely share contrasting views without fear of giving a wrong answer. "You're not limited to one answer like in math," sophomore Sam Howells said. "It's unlike any other class, about your personal beliefs, not based on a book or number."

According to Moose, Philosophy drew students from different academies and backgrounds. He described the class as a "cross-section" of Blair because it is open to everyone, instead of classes specifically designed for programs such as the Magnet or Communication Arts Program (CAP). The diversity of the classroom adds depth to the discussion. "Every person has a different background and can bring something new to the table," Howells said.

Some students have already seen the impact the experience has had on them. "I would recommend this class because I believe it will really help me expand my view on the world, and it will probably do the same to others as well," Schweickhardt said.

Moose and Shindel hope to grow the program in the following years and plan to advertise the course at the electives fair and during course registration in the second semester. Pleasantly surprised with the reaction to the class this year, they are optimistic about its future. "We were only hoping for 20 or 25 kids to sign up, but we had over 100," Moose said. "We are hoping this is something kids get engaged in."