Part one of "Pregnant At Blair" explores Tamera's life, as she balances school, work, and the needs of her son, Tobias.

Tamera Varn, 17, a senior at Montgomery Blair High School, has more responsibilities than most teenagers. After school, she goes home and greets her 2-year-old son, Tobias. 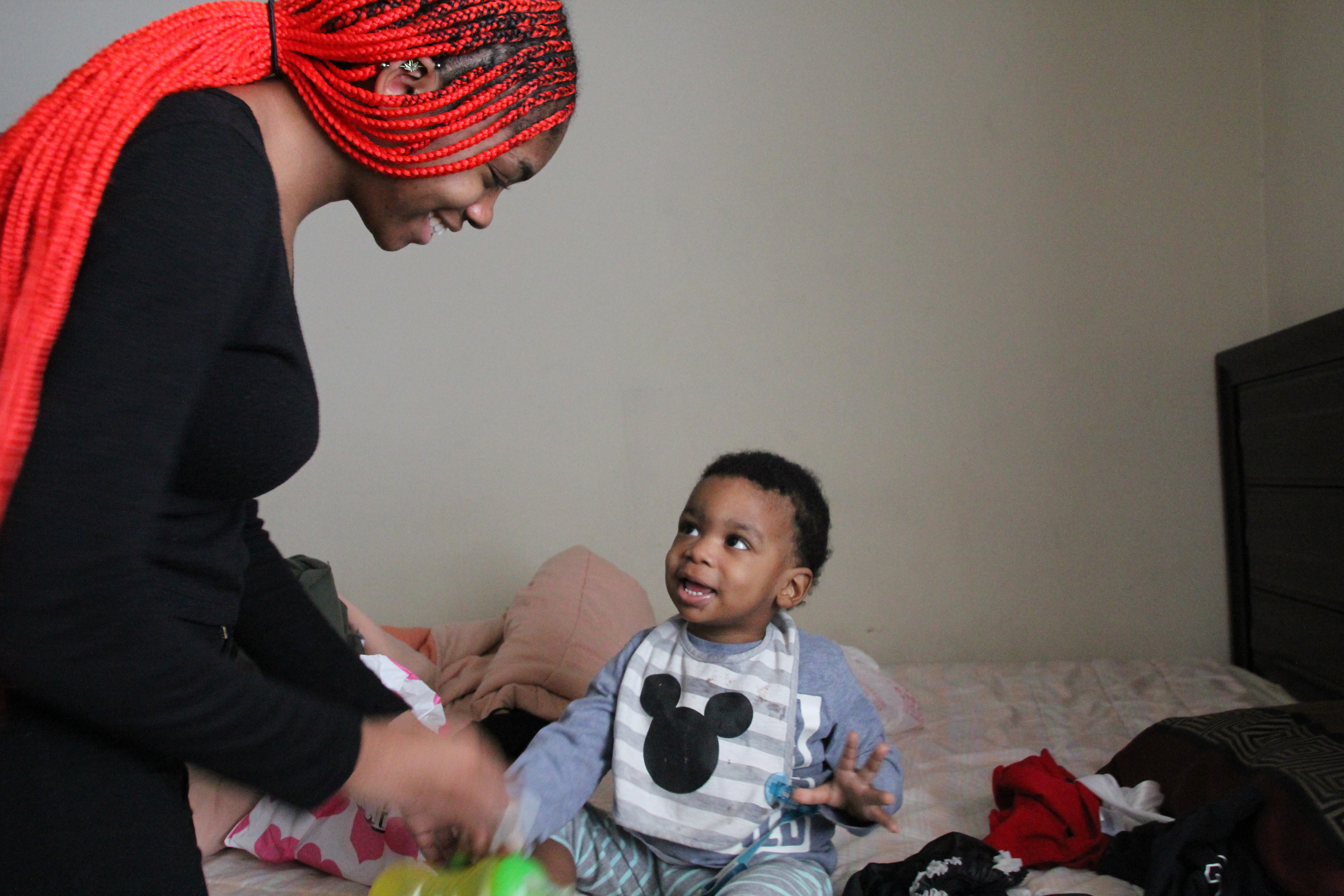 Tamera has struggled with her mental health. “If it wasn’t for him, I probably wouldn’t be sitting here right now. Honestly, my son saved my life…that is literally my blessing,” she says. 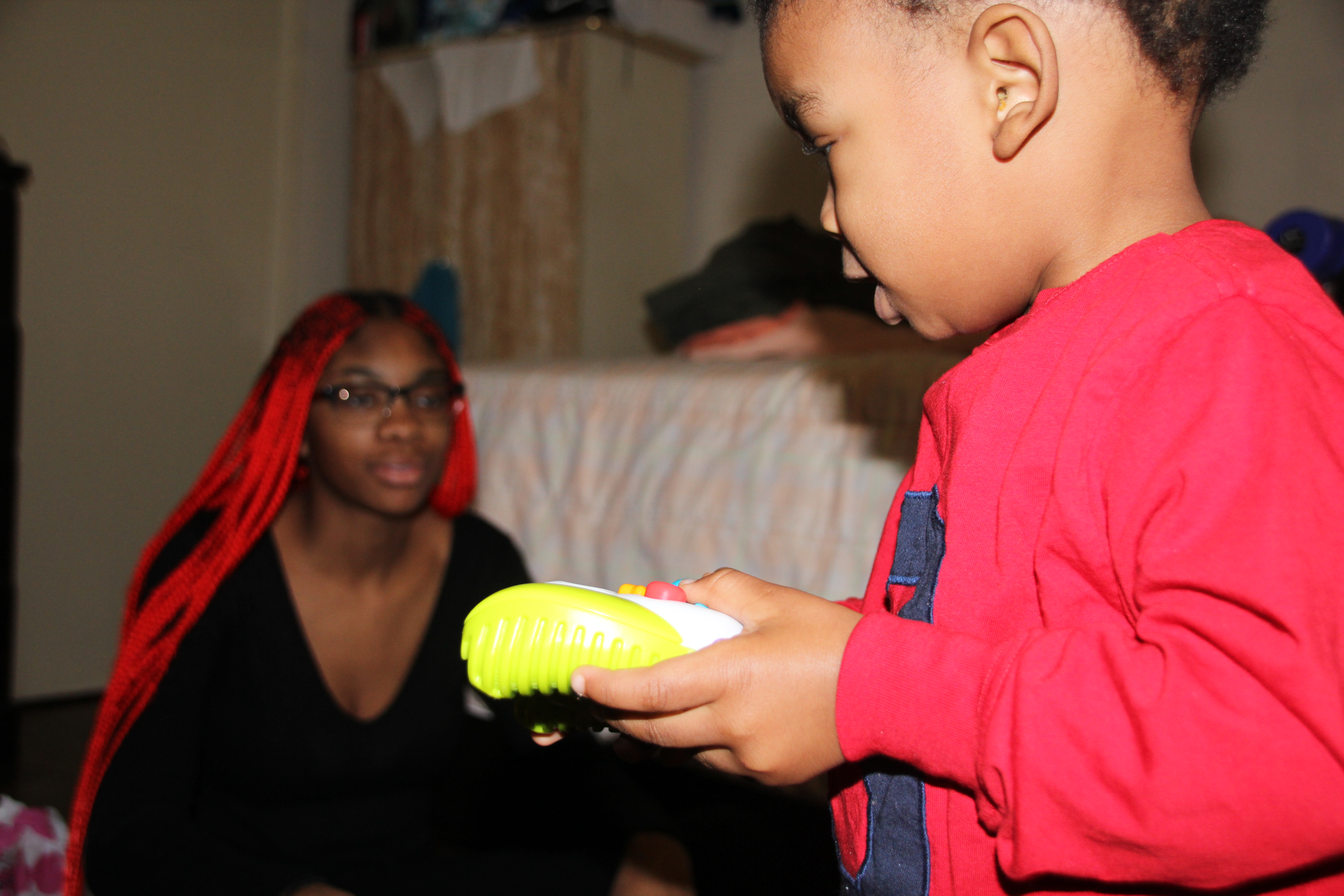 According to the National Conference of State Legislatures, only 40 percent of teen

mothers obtain high school diplomas. “[being pregnant] didn’t stop me from anything, it actually motivated me.”

Varn plans to attend community college, one of her main goals is to provide a better life for her son. “I’m going to break the cycle. I am striving to give him a life 10 times better then what I lived,” she says. 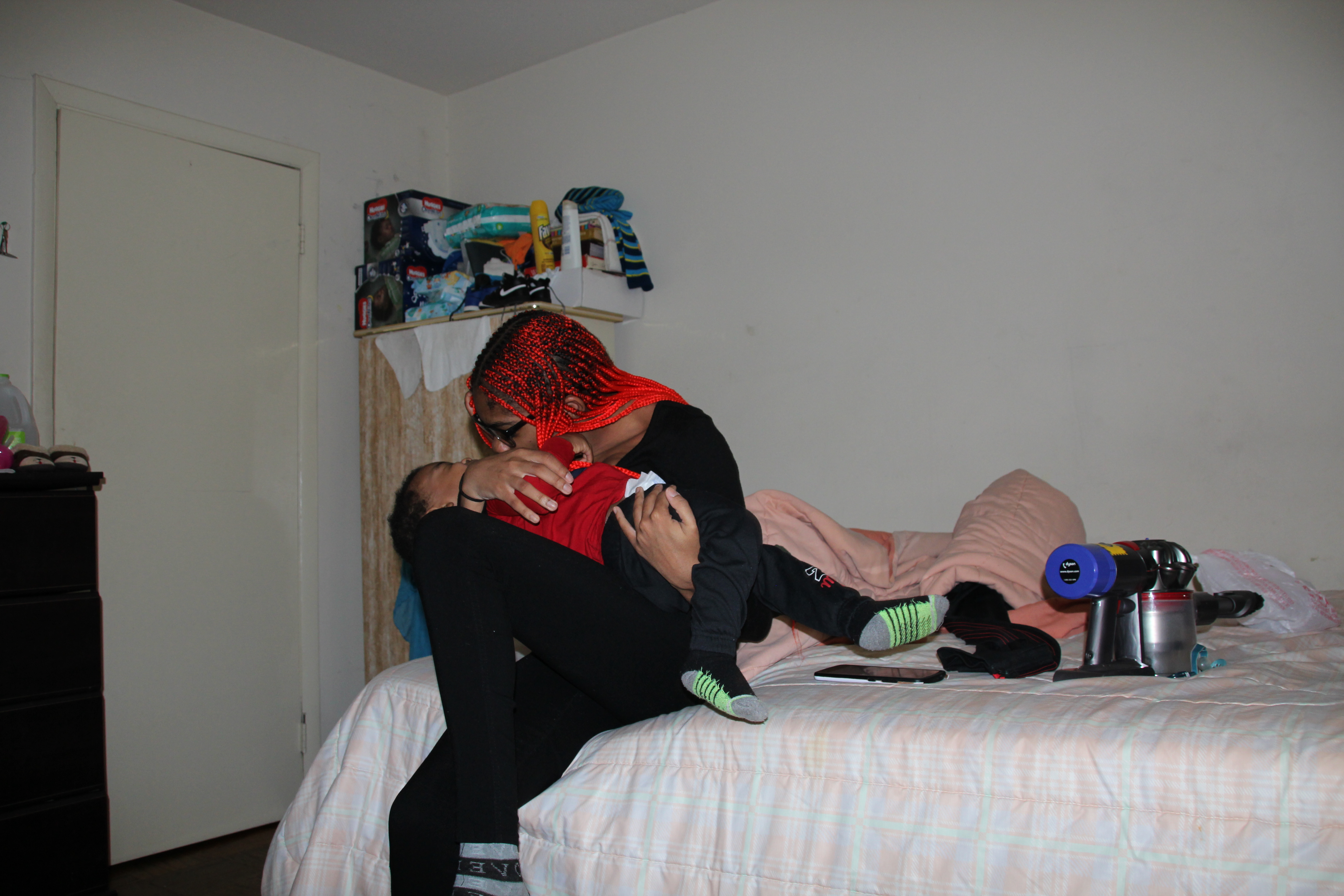 At times, Varn found herself battling with her mental health. Sometimes, she didn’t have an adult to turn to for help with dealing with these emotions. Her goal is to be there for her son. “At least I’ll be there for him, because nobody was there for me…I’ve been dealing with my emotions on my own, so I want to be close to my child so he knows, 'oh I can go to mom, and mom can help cause she’s been through it,’” she says. 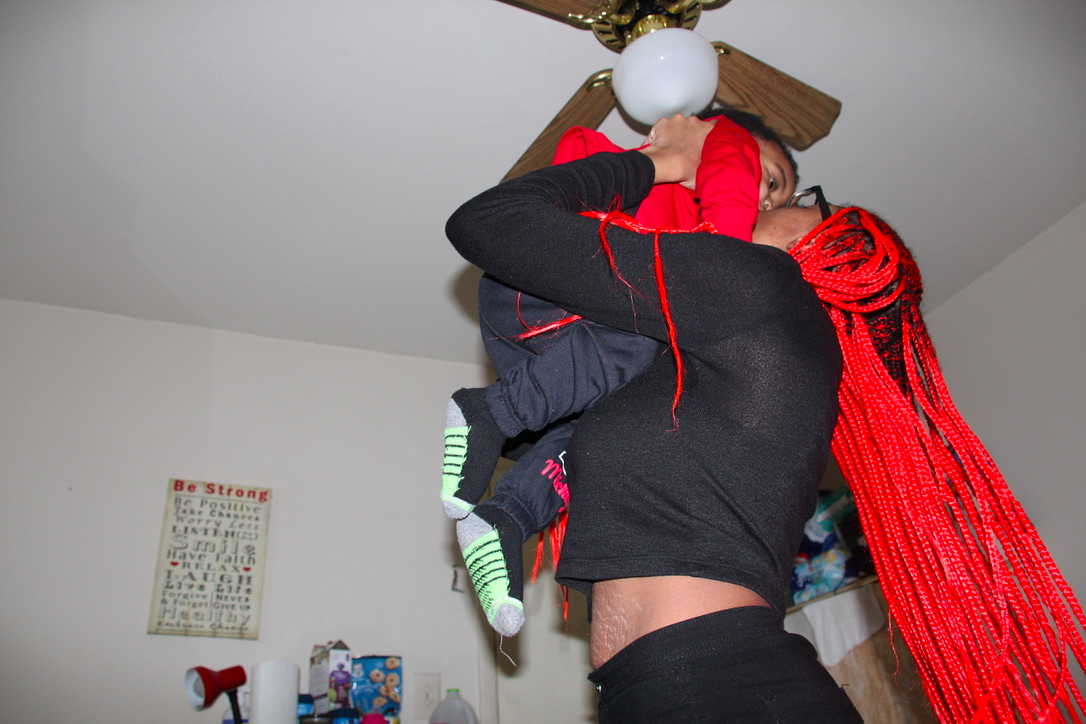 Up in the Air

Photo: Up in the air

Photo: Up in the air

Varn hid her pregnancy for 6 months. It was hard for her to break the news to her dad; “when I finally told my dad, he was very upset,” she says.

Like many other teen-moms, she wasn’t sure whether she wanted to keep the baby. She thought about terminating the pregnancy as well as offering her son up for adoption., “I thought about giving him up for adoption, but I went through a lot of stuff when I was pregnant and I was just like, no, I can’t do that. I just started to love him, especially when he started moving. Especially after he was born, I looked him and was like, 'no you’re not going anywhere.'” 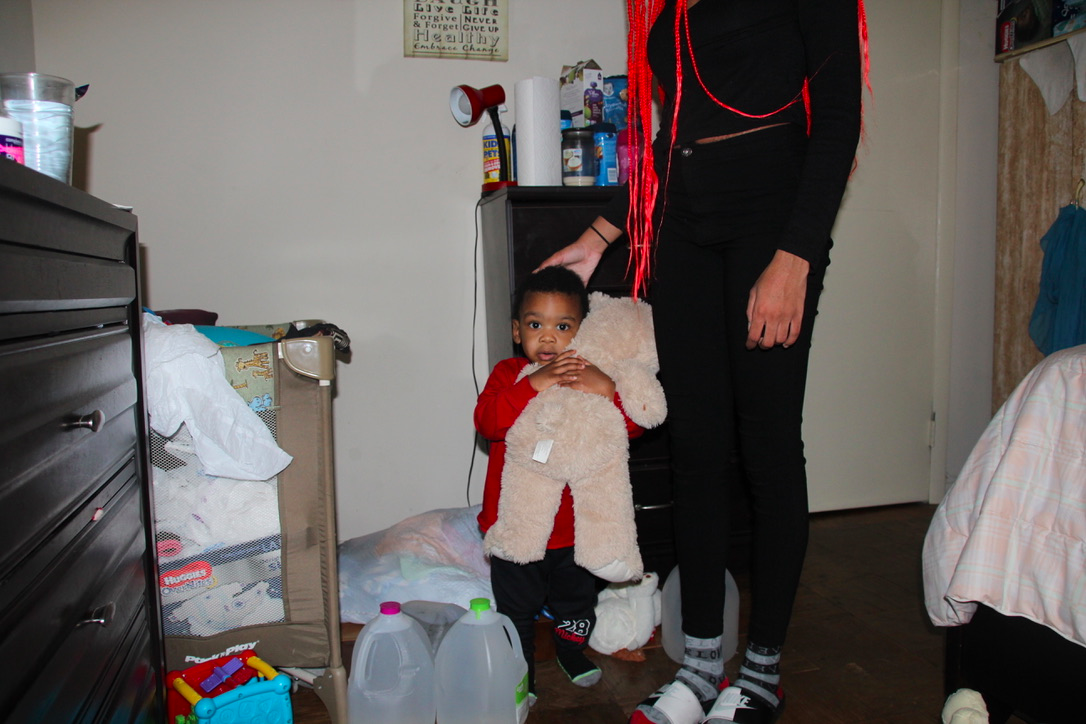 Tobias's father is out of the picture, so Varn is a single parent. “I’m the mom and the dad, I’m doing pretty good at it”, she said. Varn is in the process of getting his rights revoked. She makes frequent visits to her lawyer. She has to give tubes of blood. The list goes on. The process has taken a toll on her mental health. “Mentally I was like, ‘when is this going to be over?’ I’m tired… it’s a lot, but you learn to just like go through it and just go to the end because you know you’re going to get something amazing,” she says. 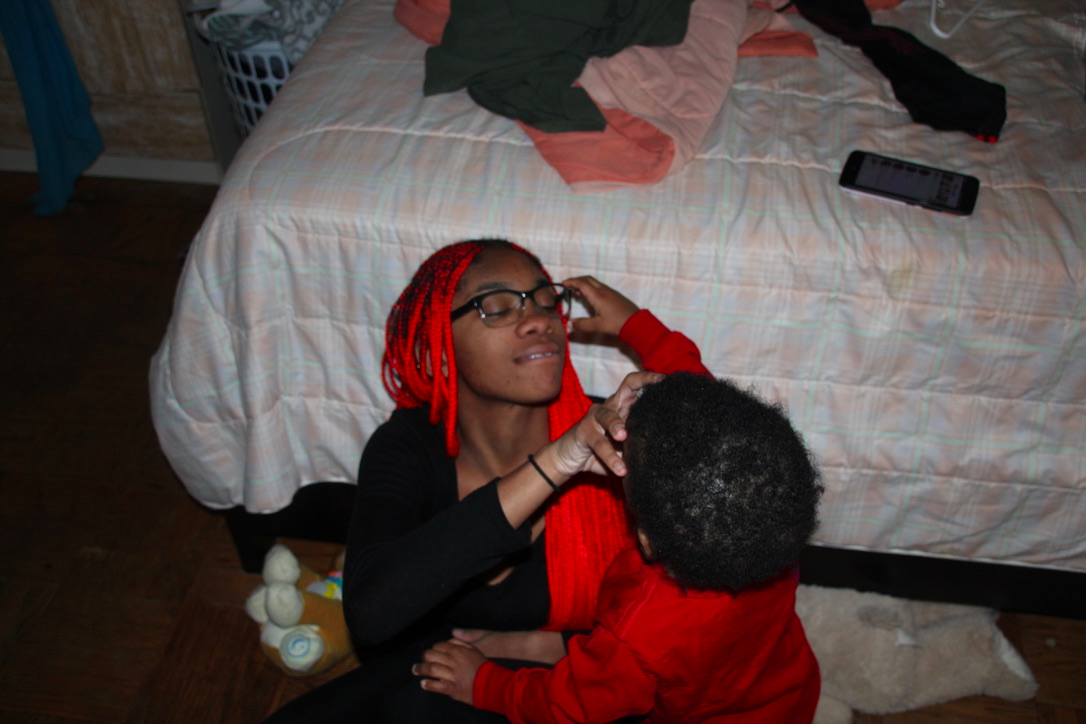 Varn is already thinking about how she will have to tell her son why he didn’t grow up with his father. “I’m more scared about his reaction to what happened, but like I hope that he sees the good side in it. Like even though that happened to your mom, I still kept you, and I still love you. I’m not scared of much, but I’m scared to tell him. I’m scared it’s going to break his heart, and I don’t want to break his heart.”

A lot of her friends and other mentors advised her to not talk to her son about her circumstance. She disagrees, knowing that her son will be curious and she will have to tell him the truth. “It’s messed up either way, but I have to tell him. “I was going to tell when he was around middle school, because that’s when they learn about consent stuff, so I was going to just sit him down and tell him,” she says. 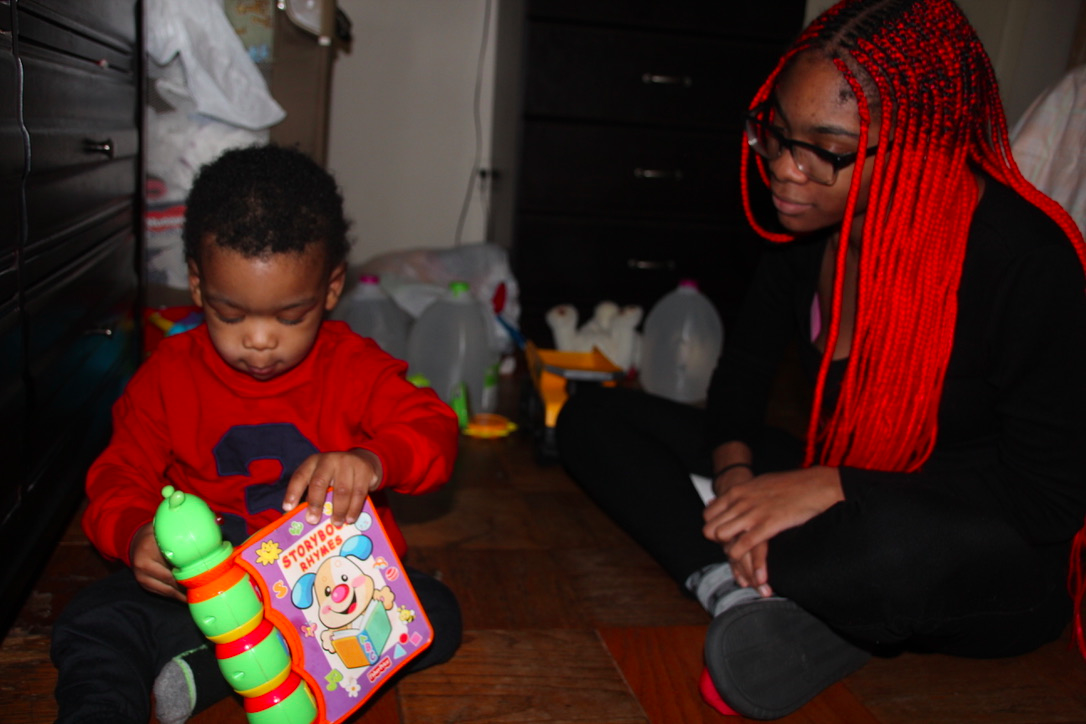 Having a child is expensive. Many teen moms are forced to dropout of school to work to support their child. Varn considers herself “one of the lucky ones”. Much of her financial burden is lifted by programs such as the Women, Infants, and Children food-program (WIC). Her main expense is diapers and wipes.

Many of her friends are also teen moms, but they have not had the same support. “Most people, it’s not easy for them, they have to pay out of pocket for a lot of things, babies are very expensive, like one can of baby formula is like 25 dollars, so I was lucky to have people who took time out of their day to give me all of these things and then for adults who gave me all of these resources so I wouldn’t have to pay for things. I was blessed and I was lucky [because] I didn’t have to find money,” Varn says. 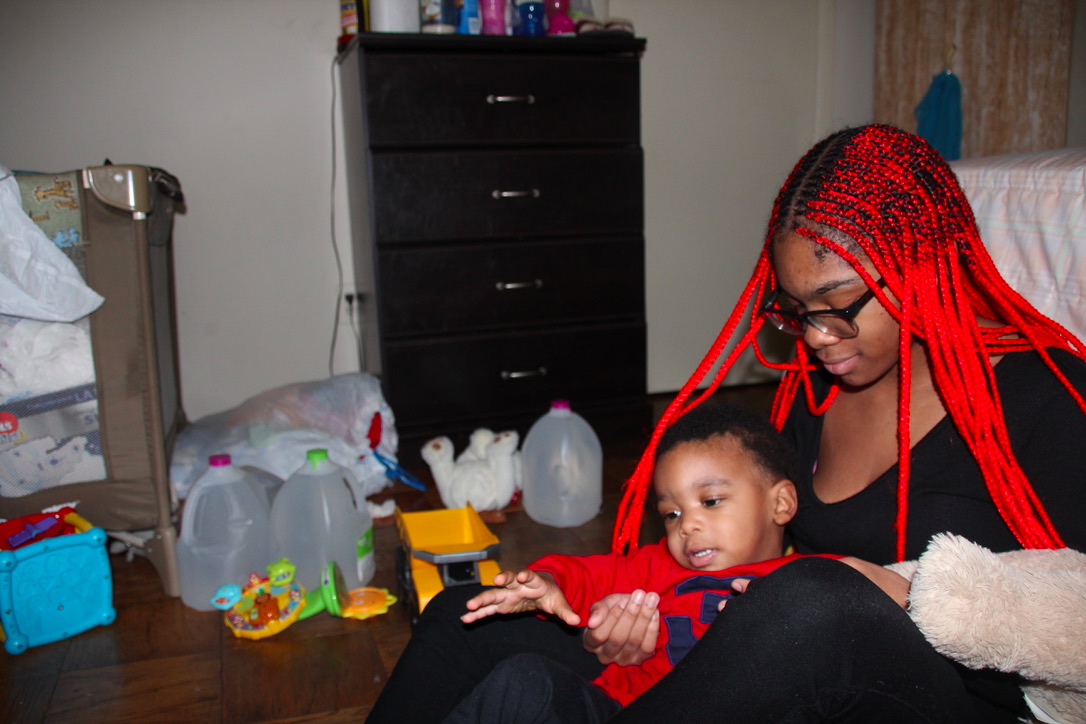 Reaching for a Toy

Photo: Tobias reaches for a toy

Photo: Tobias reaches for a toy

She also found support in the teen-mom support-group at Blair. There is both a Spanish and English-speaking group. According to Varn, “They’re like family, that’s my family right there. All of us have beautiful kids, all of us are great moms, we help each other out. The teen mom group here is amazing, like I literally feel like these are my family members.” 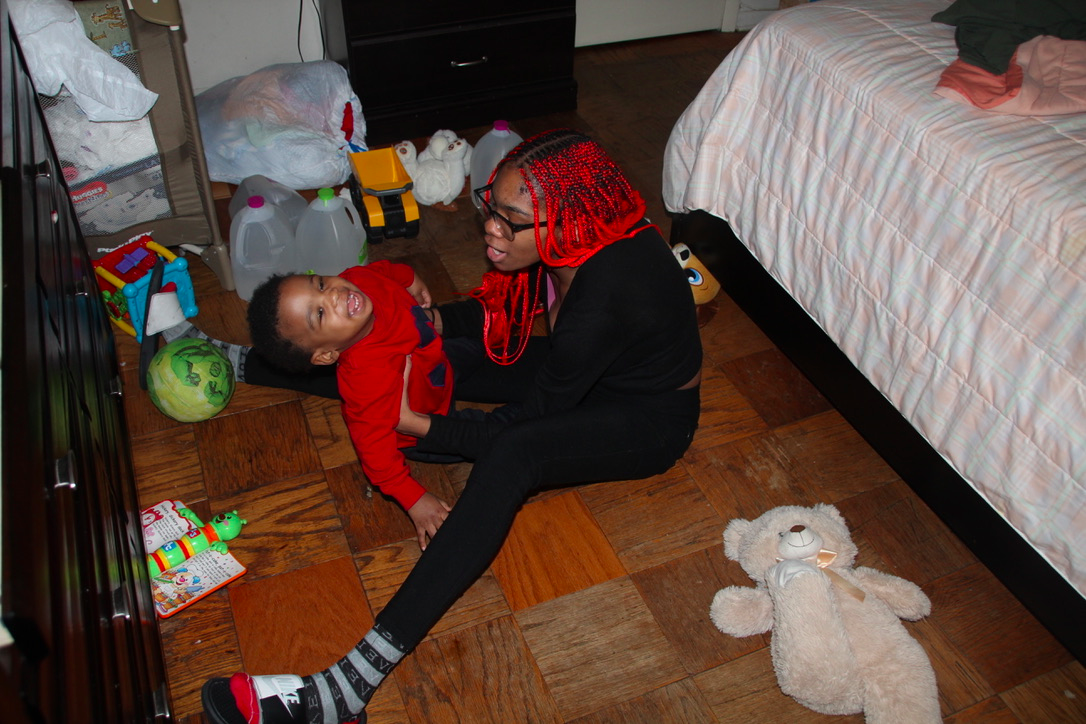