"Pretty Little Liars" may not be so pretty anymore

ABC Family's most popular summer television show is most certainly pretty - but definitely not little. "Pretty Little Liars" premiered in 2010 and began a guilty pleasure almost immediately. The show includes the regular (and meaningless) boy drama that all teen drama shows have, but adds a twist through a mysterious, unidentified character, "A," who cyber bullies the four main characters. 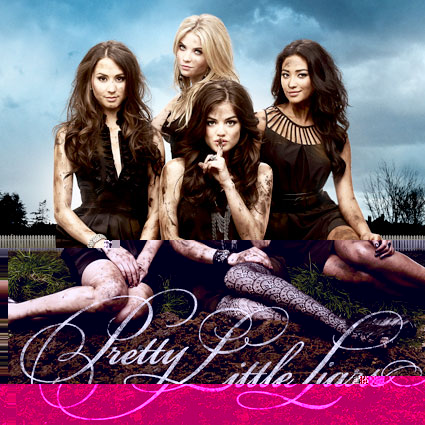 Photo: "Pretty Little Liars" started out as summer's biggest guilty pleasure, but has evolved into a horror story.

Photo: "Pretty Little Liars" started out as summer's biggest guilty pleasure, but has evolved into a horror story.

The first season of "Pretty Little Liars" introduced the characters to the audience and gave each girl new secrets to hide from both the outside world and each other. Only "A" seemed to know about each girl's secrets and "A" used this opportunity to blackmail the girls individually. The girls began to fear "A" because of his or her access to their past secrets, as well as present ones. Each episode was well-balanced with romance and drama and the season rounded out with a cliff-hanger which was supposed to help the girls decipher A's identity. All in all, the show's first season was both captivating and entertaining.

However, the current season has not lived up to its expectations. The plot line has added too many characters, each who share a messy and confusing past. For example, a police officer who promises to help protect the main characters is actually romancing Jenna, a blind girl who wants to ruin the lives of the main characters. These added characters add unnecessary drama to the four main characters' lives and give the audience more history to keep track of.

The problems the girls find themselves facing and the encounters that they have with other members in the town are all too surreal. Brother-in-laws do not get randomly pushed off bell towers and choked to death by the tower's rope, only to disappear when the police arrive. Each episode leans more towards horror than teenage romantic drama. Instead of one dead girl who could possibly be "A," there are now two supposed dead people who could possibly assume the role of "A." Adding to the confusion, Jenna (who, as said before, happens to be blind) seems to see everything, while the police see nothing - and the girls' new therapist is just as creepy as "A."

The only reason people have continued to watch the show is because they want to know who "A" is - and the writers of "Pretty Little Liars" know that. Once the identity of "A" is revealed, the series will lose its appeal and hopefully end. Rather than ending the show on a positive note while ratings are still high, the writers choose to continue the show and annoy viewers with their obnoxious new plot lines.

Pretty Little Liars started out as a summer guilty pleasure but became a weekly regular that attracted tons of teenage viewers across the country. Unfortunately, its appeal will begin to fade if the show's plot line continues on this downward spiral towards horror rather than teenage romance and drama. Soon, it will no longer be pretty - but it will certainly be little.