Primary season is upon us and this year's race to see who will qualify for the race for the presidency has been quite a surprising one. Most initial analysis of this race saw it passing by mundanely, with Hillary Clinton easily clinching the nomination, her challengers a mere blip on the supposed plans of the democratic establishment. Four years ago no one expected Bernie Sanders to pose a serious threat to Clinton. Upon his entrance into the race, most expected Donald Trump to be a passing joke, something for late night hosts to make fun of as his candidacy crashed and burned. No one, least of all the moderate conservative Republican establishment, expected Trump, with his demagogic presentation and extremist ideology, to be a serious contender for the nomination. This race has been nearly unpredictable from the start, but SCO's team of experts, featuring seniors Max Foley-Keene and Neida Mbuia-Joao and juniors Eleanor Cook and Charlie Lott are here to break down the races and predict the unpredictable. 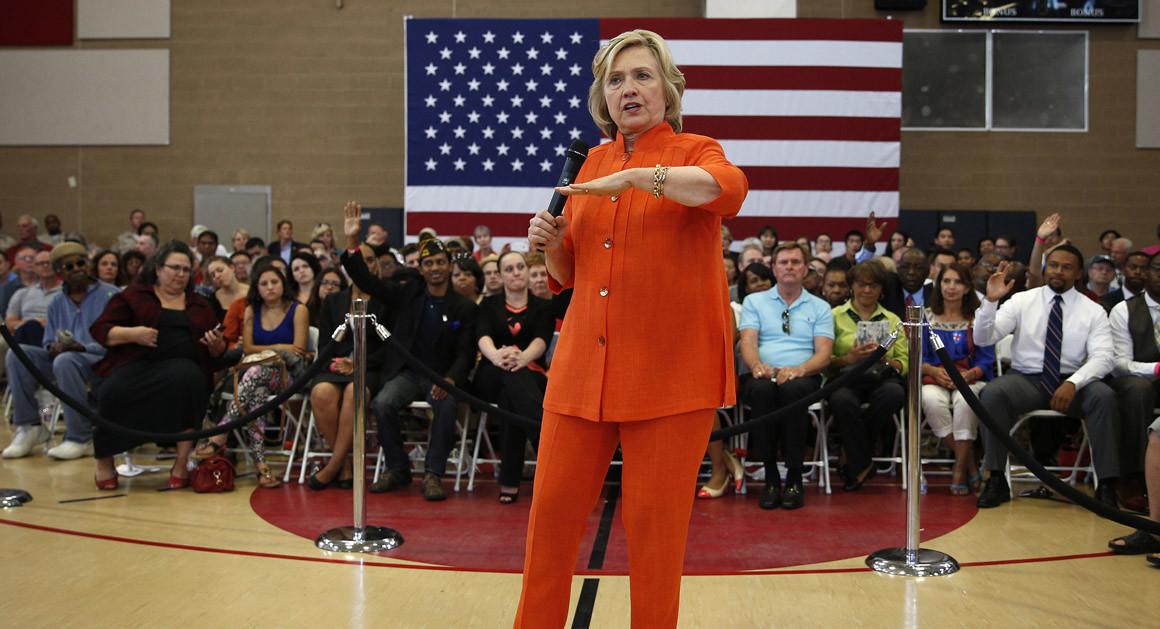 Photo: Hillary Clinton is the overwhelming favorite to win the Democratic primary in South Carolina.

Photo: Hillary Clinton is the overwhelming favorite to win the Democratic primary in South Carolina.

This first primary prediction will only focus on tonight's primary among South Carolina Democrats. Later this weekend, we will post predictions for the Super Tuesday states.

Max says:
Like, not even close. My favorite statistical genius Nate Silver gives Hillary a greater than 99 percent chance of winning the contest. This will be embarrassing for the Bern. This loss will reveal his inability to receive the votes of anyone who isn't young and white. Since this is a short prediction article, I think there's time for a quick theory/rant about Bernie that is applicable to the South Carolina race. Bernie's coalition of support is made up of several groups: upper middle class whites, idealistic and fresh faced college students and people on Twitter. In other words, Bernie has the support of the "Coalition of Privilege." Why? Maybe because Bernie attracts people naive enough to think that a "political revolution" can solve all of our problems. And Hillary attracts people who know--from experience--that meaningful change requires hard work and incremental change.

Charlie says:
South Carolina's Democrats are predominantly black (55%) and Clinton has a firm grip on the black vote. However, young African Americans tend to side with Bernie, as do most young people, which could give him better numbers than a lot of people expect. Recent endorsement from former NAACP chairman Ben Jealous should further aid Sanders' case.

Neida says:
As the wife of the "first black president” it's no surprise that Hillary Clinton has been racking up support with the country's black community. African-Americans make up the majority of South Carolina's democrats and Clinton has held the majority of the black vote since the beginning of the primary season. Sanders has all but given up on any chance of him winning South Carolina's delegates.

Eleanor says:
With large amounts of black support, Clinton should do well in the predominately black South Carolina Democratic Party. Already averaging a 27 percent lead in polls against Sanders, what Clinton really needs to focus on is not winning, but winning by enough to give her momentum going into Super Tuesday.