Privatized schools are a public problem

The school reform movement is moving the wrong way

I think we can all agree that, though it has its fair share of issues, we have been given an amply-resourced and more-than-adequate education in the Montgomery County Public Schools system. This is something that we sometimes take for granted; a public school education of this quality is not a given and is fairly rare in other cities around the country. That's not due to an abundant amount of bad teachers or a widespread lack of motivation in students, but rather to the tight testing requirements and scarce funding in many public schools. Many people have noticed that some public schools are struggling (though it is often implied that more are in straits than is really the case) and are taking action in an attempt to provide better alternative options for students. These options, which are called charter schools, are pushing the widespread movement for the privatization of education. But the effects are not better. In many cases, they're much, much worse. 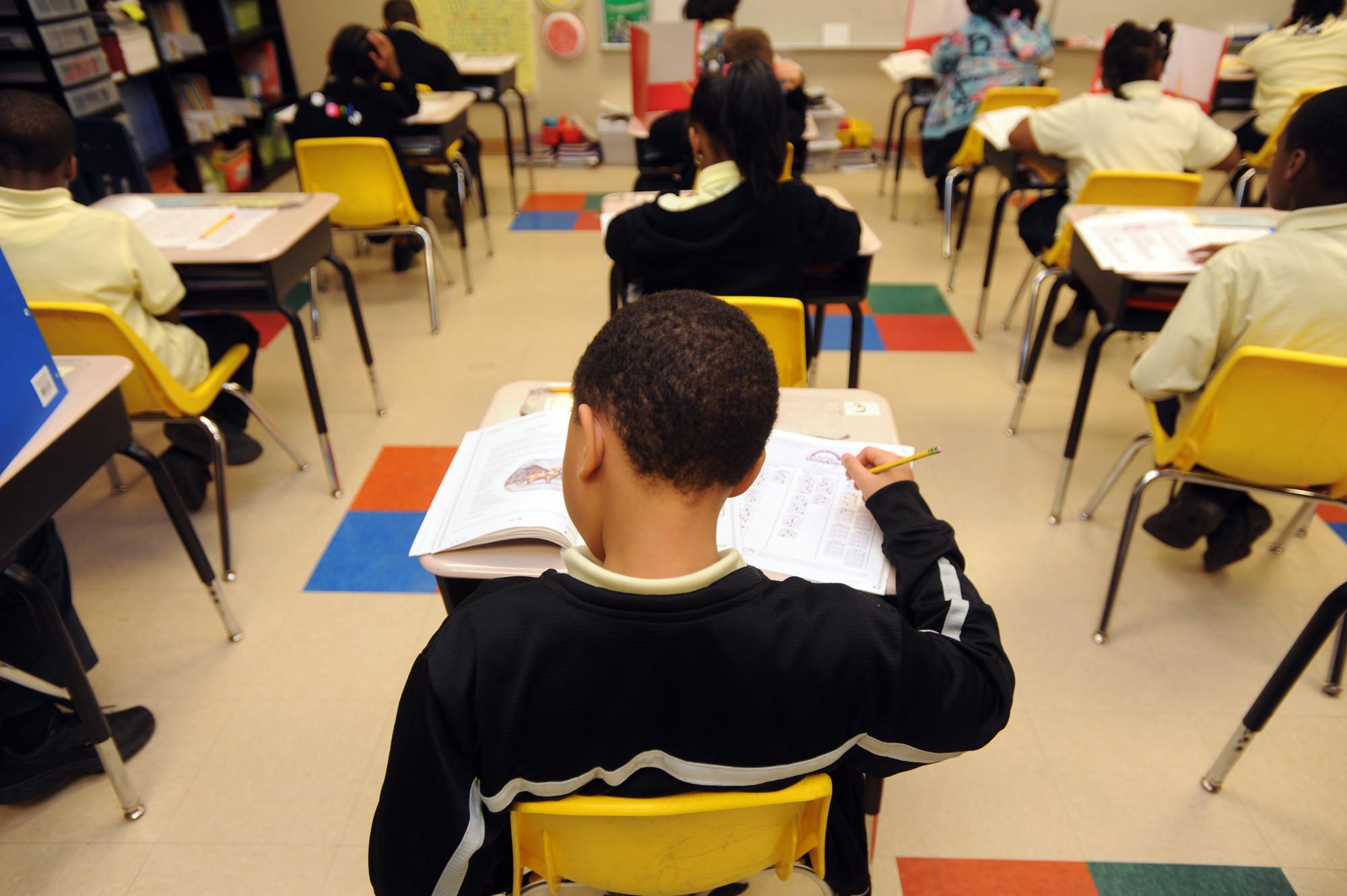 Photo: A little boy working in a charter school in Baltimore.

Photo: A little boy working in a charter school in Baltimore.

Charter schools were developed in the 1980s as innocent, well-intentioned projects by teachers who wanted to provide a more focused, alternative education opportunity to students whose needs weren't being met in traditional public school systems. This goal is undescriptive of what charter schools now look like: publically funded institutions led by private companies and investors. This means that the money provided by taxpayers on both state and local levels that is usually given to public schools is now also being given to schools that are held to vastly different standards and operated under a completely different system. They're not even required to adhere by the same transparency laws which public schools are, even though they're receiving most of their money from the same place (the rest of charter school funding comes from private investors and corporations). Since 2008, the number of charter schools has increased by fifty percent while 4,000 public schools have closed. Could this just be random chance? It seems not. In school districts across the country, particularly those in impoverished areas or those seeing a decrease in population, charter schools have been flourishing, and the public schools have been losing money towards these alternative institutions and some are even being forced to shut down. In 2012, the Ohio Department of Education reported that $774 million was taken from public schools to fund charter schools in the state, resulting in public schools students receiving, on average, 6.5 percent less state aid than they needed. The public school system may need a boost in these areas, and charter schools sound like an appealing alternative. But they shouldn't be operating at the great expense of public schools that, if given more funding, can perform just as well, if not better.

Many charter schools have been created to increase the achievement of students in the surrounding area which is a wholly admirable effort. However, it's been proven that most haven't been successful in doing that. According to a report published in the Washington Post, charter schools in Pennsylvania had, on average, lower scores than those of public schools. And while these scores in and of themselves are problematic—they're based largely off the standardized test results of students in the school, usually an inaccurate representation of the learning that's actually going inside the building—they still show that the original goal of charter schools is not being realized.

There's one goal of charter schools that is being met: making rich people richer. Though they rely largely on public money, charter schools are operated by private investors and companies who also put their own money into them, and come out with more. "It's the most high in demand, it's the most recession-resistant. And a great opportunity set with 500 schools starting every year. It's a two and a half billion dollar opportunity set in rough measure annually," David Brian, president and CEO and of Entertainment Properties Trust, which owns movie theaters, recreational facitlities and charter schools said about the privatized education business in a video interview with CNBC. This just shows that there are people in charge of charter schools who don't think that they're great because they will give students a good education. They think that they're great because it's a good investment. If the country starts to look at schools in that way, we begin to lose sight of the very purpose of them. It's not to accumulate money, but rather to provide students with a good education. Charter schools are surely accomplishing the former, but have been shown to fall short with the latter.

There are parts of the public education system in the United States which need to be reformed. But no students should have to undergo the reform movement of privatization that is now in place and growing at a steady pace. The focus of education has been taken off of students and placed on money and tests. If that's not a call for reform–true, effective reform that supports and strengthens public schools–then I don't know what is.