Pro/Con: Is Obama's blueprint for education reform the path toward improving our schools?

President Lyndon B. Johnson passed the Elementary and Secondary Education Act (ESEA) in 1965 to create education standards and accountability for schools and establish state-administered, federally funded programs. The George W. Bush administration amended and reauthorized the ESEA with the No Child Left Behind Act in 2002, and on March 13, the Obama administration released its blueprint for ESEA reauthorization. The blueprint emphasizes the adoption of college- and career-ready standards and proposes rewards and incentives for schools that demonstrate student growth.

As the old cliché goes: Children are the future. And now, we have a chance at the federal level for our nation's children to prepare for those futures. The Elementary and Secondary Education Act (ESEA) reauthorization must not only reinstate but also bring major reforms, and that's exactly what the Obama administration's blueprint provides. 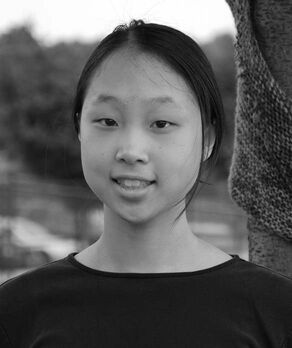 Photo:
The blueprint is a praiseworthy proposal that highlights all of the major problems with No Child Left Behind (NCLB) and U.S. education, providing the proper initiatives to fix them. Yes, there are issues, as with all proposals, but it's a significant step in the right direction and a giant leap beyond NCLB.

The proposal's strengths over its predecessor are clear. NCLB's focus on absolute test scores placed too much emphasis on numbers, so a school that made major improvements but fell short of Adequate Yearly Progress (AYP) requirements would be punished rather than rewarded. One of the key changes with the new blueprint is the recognition of growth and gain, providing rewards for schools that improve but don't necessarily meet AYP. Furthermore, according to Patricia Richardson, a professor of practice in educational policy and leadership at the University of Maryland, one of the blueprint's greatest strengths is its measurement of academic growth in individual students, rather than NCLB's comparison of subgroups such as racial categories or special education students.

The blueprint is intentionally vague, as its goal is to increase local control and provide the necessary national support. After so much criticism of NCLB's rigid, punitive approach, a plan that allows local officials to diagnose problems is logical. In a statement on the blueprint, Bob Wise, president of Alliance for Excellent Education, praised the blueprint's "common-sense flexibility." "If federal policy is like fixing a car, NCLB had only a hammer and a screwdriver in the toolbox; the ESEA blueprint gives the mechanic many more tools as well as flexibility on how to use them," Wise said in the statement.

The kind of national support is also more tactful than in NCLB. Secretary of Education Arne Duncan said that schools are grouped into three large "buckets." Schools that succeed in test scores, growth and gain receive rewards such as funding from the Race to the Top competition, groups in the middle receive help for continued improvement and low-performing schools or those with large, unmoving achievement gaps receive intervention. There are several different intervention models, but the key idea is that the federal government doesn't mandate a specific model - it provides funding so that local officials can decide what's best for the school and students. 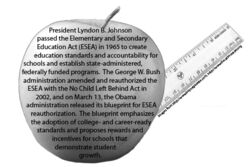 Photo:
The blueprint's main goal of the U.S. leading the world in college completion by 2020 seems lofty, but the flexible plan should bring more success than NCLB did. Richardson said that the goal is doable if the U.S. commits to it. "We are one of only a few countries that believe in educating all of our children to their highest potential," she said. "We have the knowledge and skill to provide excellent educational opportunities for every student who is motivated to take advantage of these opportunities."

Overall, the blueprint makes sense - create local standards and accountability and provide support by rewarding successful schools and helping to turn around struggling schools. There are still issues such as a reliance on testing and lack of student input, but these can be fixed during legislative revisions, after pilot programs or by states and districts through the flexibility in their local systems. The blueprint itself has undoubtedly made great gains over NCLB and lays a strong foundation for the future of education by keeping it local. The outlook for 2020 is strong, and hopefully the U.S. will finally have no child left behind.

Sarah Schwartz says no: The plan is too similar to NCLB to cause significant change.

America wants to believe President Obama when he says he can reform education in the United States and reverse the disaster that is No Child Left Behind (NCLB). Unfortunately, Obama's blueprint for Elementary and Secondary Education Act (ESEA) reauthorization looks awfully familiar. Welcome to NCLB, part two. 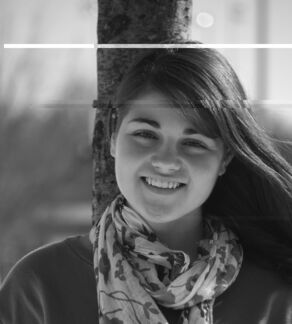 Photo:
At the heart of NCLB is a worthy goal: Ensure that every student is proficient in reading and math. This objective is one of the most important in education, but NCLB plans to achieve it in the wrong way. NCLB holds schools accountable for success or failure and measures student achievement through test scores that do not measure the entirety of the learning experience. The plan also sets absolute and arbitrary deadlines for progress, transforming public education into a nightmare of teaching to the test. President Obama claims that the blueprint is "a plan to renovate a flawed law,"but the blueprint contains more of the frustrating policy of the last eight years President Obama promises students "a well-rounded education," encompassing "literacy to mathematics, science and technology to history, civics, foreign languages, the arts, financial literacy and other subjects." In reality, teaching such a variety of subjects in under-funded, over-stretched schools is impossible if students are also expected to ace standardized tests. By 2020, the blueprint expects all graduating high school students to be "college- and career-ready." While this label sounds impressive, it only indicates small changes in standardized testing's measure of "proficiency."

The blueprint continues where NCLB left off in counting students as numbers, not as individuals. Sam Chaltain, the national director of the Forum for Education and Democracy, explained that when schools measure students solely on standardized tests, educators do not see the full scope of student achievement. Chaltain compares judging students by their test scores to judging baseball players by only one aspect of their game. "I would judge their success by the number of singles they hit," he said. "There's no incentive to hit home runs."

Lower scores lead to failing schools. The blueprint lists four models to "turn around" failing schools, but two of them essentially give up on the schools altogether. If a school does not improve sufficiently, the state will either close the school or turn it into a charter school. The other two models promote states working with the school toward improvement, but allow significant cuts to staff. NCLB implements similar strategies for failing schools but only after the school has failed for six consecutive years and taken gradual steps toward recovery, such as adopting a new curriculum. Under President Obama's blueprint, removing such a large number of teachers so suddenly would create chaos, not help students. But the severity of the strategies is not the problem, said Chaltain. He explained that every school is different, so not all schools will be able to succeed with one of the four models. "It's discouraging to see that we've boiled it down to these four prescriptions," he said. "We're still looking for simple answers to complex problems."

But devising a method to accurately assess students and teachers is more easily said than done. To improve schools, not just test scores, America needs a more holistic approach to education - targeting not just the schools, but their surrounding environments. The blueprint does attempt to address the need for a school community: Sections in the blueprint focus on improving student health through programs confronting violence and substance abuse and promoting healthy eating and exercise, and it promises competitive grants to fund innovative teaching methods and education in foreign languages, the arts, history and other subjects.

Despite these positives, the blueprint stresses science, technology, math and literacy education above other subjects, and more funding for innovation is allocated for charter schools than for public schools. By equally funding innovation everywhere, not just in charter schools, and by only evaluating standardized tests in tandem with other factors, President Obama can start to truly reform American education, in hopes that the students of America graduate not only college- and career-ready, but confident, creative and even excited about learning.