What exactly is our school's mascot?

For years now, our school has been enveloped in confusion because of a single question. It's a question that's turned friends against each other, created rifts in Blair's social scene, and initiated countless awkward situations. Generations of students have asked this question which still remains unanswered today: what is a Blair 'Blazer?' 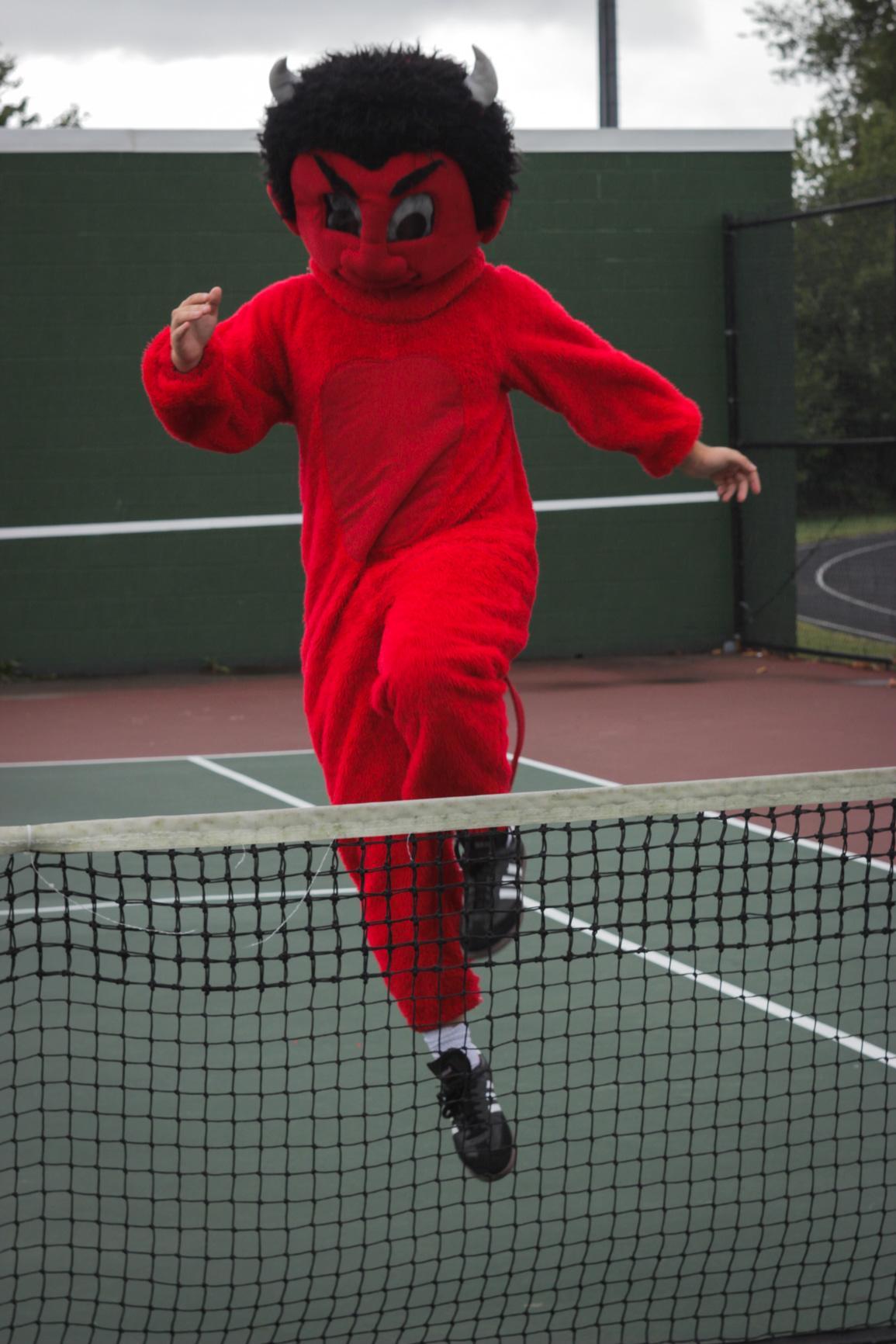 Photo: A student parades around in the Blazer mascot costume.

Photo: A student parades around in the Blazer mascot costume.

With no indication of what a Blazer looks like or how to explain it to other people, our mascot is extremely confusing. Blair's mascot is almost as vague as Kingsley, a Scottish soccer team's misshapen cross between Lord Voldemort and Lisa Simpson. Out of a myriad of other, more standard options (bears, badgers, bulls, etc.) Montgomery Blair High School adopted the 'Blazer' as its mascot. Merriam-Webster Dictionary defines a blazer as "one that blazes." This would be a fine description of Blair students – that is if it made any sense whatsoever. Instead, it only further lends to the ambiguity of the situation.

The uncertainty of the situation has left room for student interpretation both inside and outside of Blair. At sporting events and other competitions, schools generally want a mascot that's intimidating and powerful. Just think of other Montgomery County schools' mascots – the Blake Bengals, the Northwood Gladiators and the Walter Johnson Wildcats are all frightening. Blair's mascot, however, does not give our school the reputation it deserves. "It makes me think of suit jackets," Bethesda Chevy-Chase senior Lucy Brown says. "And it makes me confused. It also makes me think you guys aren't great at sports." Paint Branch senior Eric Nguyen agrees, "It makes me think of the suit jacket," he says.

Suit jackets aren't the only thing associated with the term blazer. "It generally makes me think of fire," Woodrow Wilson senior Charlie Steinman says. "But also the wacky tabaccy [marijuana]. It makes you all seem intense, but also can be easily construed to make you all seem like stoners." Even inside Blair's walls, the phrase can give the wrong idea and bring to marijuana to mind. "Everyone thinks the same thing when it comes to first impressions of the name," Blair senior Thomas Schoppert says. 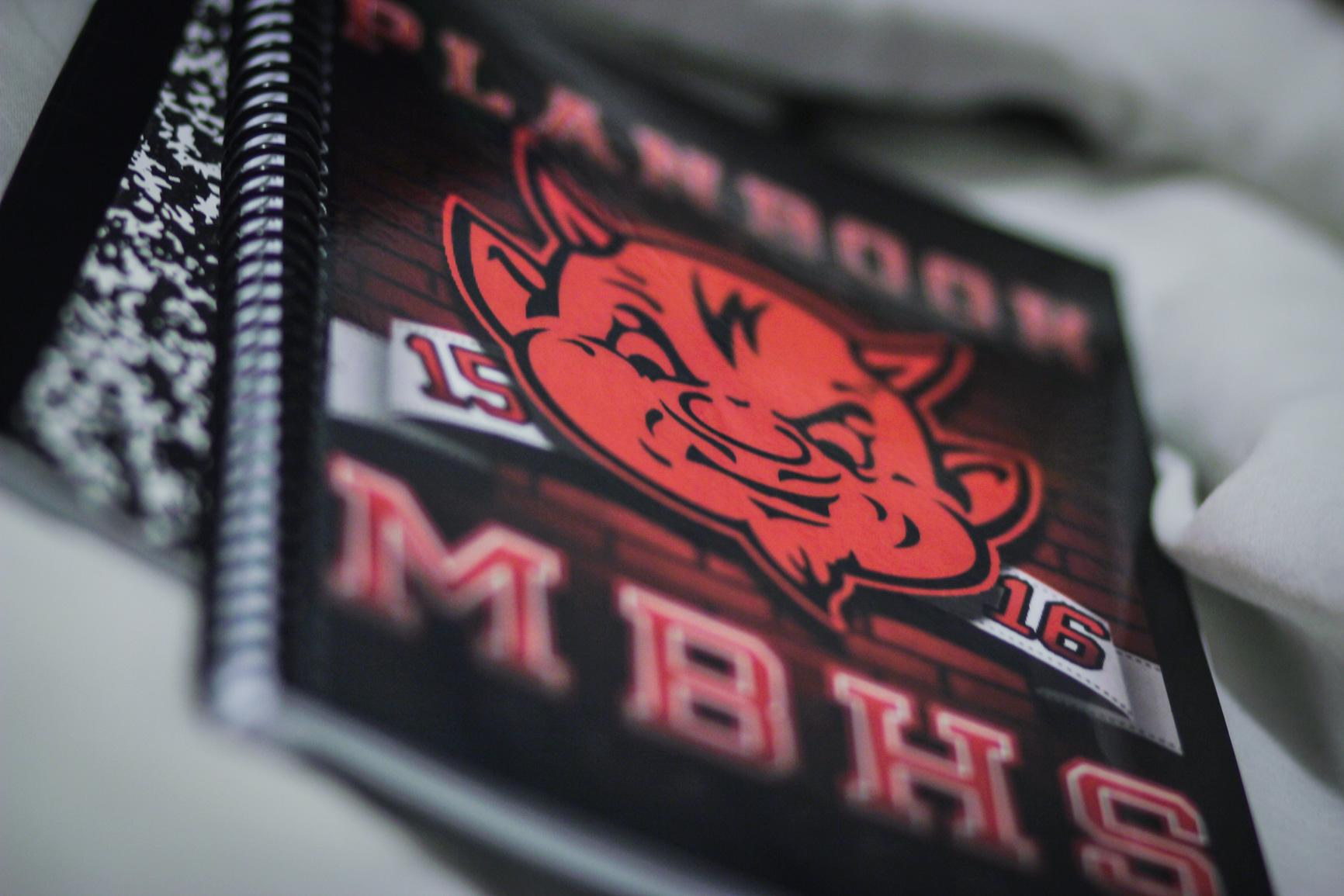 Photo: What really is the Blazer?

Photo: What really is the Blazer?

The administration's attempt to clarify the situation was to plaster a snarling devil logo over everything, from agenda books to sports uniforms. They even bought a devil mascot costume which looks more like a last-minute Halloween costume than something to intimidate other schools. While well-intentioned, this doesn't provide the clarification needed. How do you get from a 'Blazer' to a devil? Is Blazer maybe a nickname for the Devil? What's more, there are already two schools within four miles of Blair that have devils as their mascots, Springbrook High School and Takoma Park Middle School.

A school's mascot symbolizes the attributes and characteristics that the school values. Knights or gladiators indicate bravery and fearlessness, while eagles and wildcats show aggression and power. Mascots should be memorable and representative of the school at large; an ageless symbol that unifies the community. The Blair Blazer, on the other hand, reflects virtually nothing about the Blair community. The two things associated with it – sports jackets and marijuana – inspire very little fear or intimidation at all, and these are not things you want other schools to remember you by. "I'm not exactly sure what a Blazer is," Blair junior Abby Rowland says. "If I could change it at all, I would probably change the actual mascot from a devil, because I can't see how it's associated with the word 'blazer' except through fire. Change it to what, though, I'm not really sure." Another theory amongst students is that 'blazer' is a shortened version of trailblazer. This, again, provides only a vague idea of our mascot.

Interestingly enough, out of the ambiguity and uncertainty has arisen something completely unexpected – a determined loyalty to the mascot. "The Blazer is a devil that's not mean," Blair senior Evan Gresser says. "It makes me think of fire. I wouldn't change it." Despite their initial misgivings, Rowland still believes the school's mascot is something to be proud of. "I really like our mascot, and I love the term Blair Blazers," she says. Schoppert agrees. "The Blazer is a lil' devil," he says, "and I wouldn't change it for the world."