How ‘Animal Crossing: New Horizons’ has taken the world by storm

In quarantine, there really isn’t much to do. Wake up, tend to your plants, eat some fruit, maybe rearrange your furniture, forge some paintings, or talk to your anthropomorphized Tanuki capitalist overlord, Tom Nook.

On March 20, Nintendo released Animal Crossing: New Horizons, the widely-anticipated game in which players do all the aforementioned. The game is a quirky cross between the worldbuilding of The Sims and the community interaction of mayorship, requiring you to build friendships with human-like animals across the island town you manage. 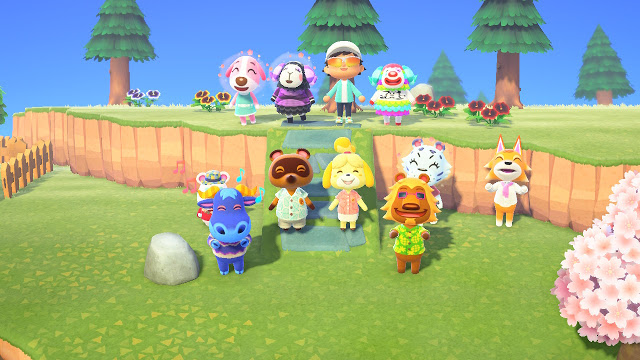 Photo: A photo of a player's island in Animal Crossing, Nintendo's most recent smash-hit game

Photo: A photo of a player's island in Animal Crossing, Nintendo's most recent smash-hit game

New Horizons does not have scintillating action and will not raise your heart rate. There are no levels, scores, or final bosses. Most days are spent doing tranquil activities like collecting bells—the currency of the game—checking in with your neighbors, and talking to the museum curator, an erudite owl named Blathers.

Some might consider New Horizons “a dumb, boring game for children,” like writer Jack Crosbie in his Business Insider article titled “It's time to admit 'Animal Crossing: New Horizons' is a dumb, boring game for children.” The most thrill you will probably get out of the game comes when running away from a swarm of wasps or playing a game of virtual musical chairs with friends. So what about New Horizons allowed it to sell over five million copies in March—breaking the record for most digital sales of a game sold in a month—when it had only been available for 11 days?

The answer lies in its unique release condition: quarantine. Currently, the Nintendo Switch—the video game console compatible with New Horizons—is in such high demand that it is selling for $200 above its sticker price on eBay. New Horizons presents the player with a bucolic getaway into a world with no deaths, negativity, or disagreements, laid over a chirpy soundtrack. There is always something to keep you occupied, be it picking weeds or catching fish. It helps fill the void of real-life interaction with a virtual stand-in, as you can hop on a plane and visit your friends and their islands without worrying about maintaining six feet of distance.

Photo: Players can customize their avatars, as shown in this photo from Nesin

Photo: Players can customize their avatars, as shown in this photo from Nesin

For junior Peter Nesin, quarantine has given him the opportunity to play much more New Horizons than he would have otherwise.

“I [was] going to be in my second semester of junior year and I [was not] even going to be able to play it,” he said. “[The game] was not going to be something I really [would have gotten] to sink my teeth into because I have such a busy life, but then all of the stars aligned, and I was able to play this game for eight hours a day. I have 165 hours on the game.”

He has played the previous game in the franchise, Animal Crossing: New Leaf, but without the freedom of quarantine, his parents placed more restrictions on her gameplay at the time.

“I used to play it a lot, but I was only allowed to play it on weekends or holidays because my parents were worried about it distracting me,” he said. “And they were probably right about that because I've been so obsessed with [New Horizons].”

Another key element of the game is its multiplayer interaction, which quarantine has only enhanced.

“People are online more often. I have some friends from Blair who I play with… and then my sister also has the game, so a lot of times I'll come over to her island and screw stuff up,” Nesin said. “It's really fun to get to experience that together. There are certain things where there are big advantages to having friends you can play with.”

In the midst of a tumultuous climate, New Horizons has helped Nesin stay stable. “It helps keep you sane,” he said. “When nothing really feels like it's happening in quarantine, there's stuff happening here, at least." 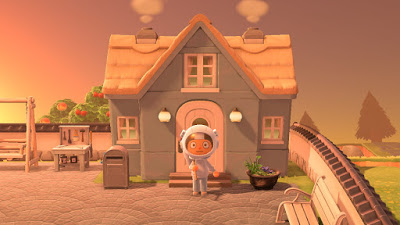 Photo: The virtual world of Animal Crossing is considered by some to be a reprieve from the monotony of quarantining amidst the COVID-19 pandemic

Photo: The virtual world of Animal Crossing is considered by some to be a reprieve from the monotony of quarantining amidst the COVID-19 pandemic

Aya Kyogoku, the director of the Animal Crossing series, speaks similarly of the game. “The game can provide those practicing social isolation with a place that can relieve them of anxiety and stress,” she said in an interview with The New Yorker.

Since the release of its first game in 2001, Animal Crossing has always been about bringing people together in the face of loneliness and hard times. The game, along with Pokémon, was created near the end of Japan’s Lost Decade (1991-2001), when the country faced severe economic stagnation and the family unit was far more fragmented.

“The pressures of modern life made it hard for everyone’s schedules to line up,” New York University game designer Naomi Clark, who lived in Japan as a child, said in an interview with The Los Angeles Times. “The picture of a family who rarely gets to spend time together became increasingly common.”

When families could not be together in person, Animal Crossing provided an opportunity to connect online. “Kids will go to school in the morning, and while they’re at school their mothers will pick up the game and play and leave letters for their children,” Nintendo designer Shigeru Miyamoto said at a developers’ roundtable at the video game convention E3 in 2006. “And then the children will come home from school and play the game and read letters from their mom… And then the dad will come home after working away at the office. He’ll sit down and play the game and will read letters from his children. And the game enhances communication that way.”

Likewise, New Horizons has provided Nesin with time with friends that he could not have otherwise had while on lockdown.

“It hasn't replaced real-life interaction, because obviously there are people who I want to interact with who don't have the game, but it's been something that makes me feel closer to other people,” he said. “It's been something where I look forward to being able to go to [my friend]'s town and send her a letter, and it makes me feel less quarantined."