Ask anyone to choose a superpower, and more often than not the answer will be the ability to fly. While growing wings is sadly not an option, a few Blazers take advantage of another way of soaring through the air. Trapeze School of New York (TSNY) has a location in DC and offers classes in a variety of aerial arts, including flying trapeze, static trapeze, silks and lyra. Many are unaware of TSNY's existence, but there are also those who go often and form a small but tight community.

The big white tent that houses TSNY, located near the Navy Yard Metro stop, seems almost out of place. Confused onlookers would be more surprised to find what's underneath it: a full trapeze rig, several trampolines and various other tools for the circus arts. The best part is anyone can sign up for classes, regardless of experience.

In a trapeze class, the process of flying begins with a short demonstration by one of the instructors. Then, each student puts on a big, gut-clenching harness that looks like a wide belt. One at a time, they climb the tall ladder to reach a rectangular platform suspended in the air. An instructor is waiting at the top to help students get ready to fly. They ask the student to reach out, grab the trapeze bar with one hand, with two hands, and eventually...to jump.

Junior Dio Cramer started attending TSNY two summers ago. Thinking back to the first time she ever flew on trapeze, she remembers that it was a matter of just going for it. "I said to myself, 'It would be really easy to be scared of this, but also it's flying and that's ridiculously awesome,'" Cramer recalls.

In addition to flying on trapeze, Cramer is interested in lyra. Lyra is essentially a big metal hula hoop suspended from one or two points that "you climb up into, and flip out of, and fall off of and hang from," Cramer lists. While practicing lyra can lead to some pretty big bruises, Cramer finds that she enjoys it the most out of the circus arts she has tried. "Lyra is my favorite. It looks really cool," Cramer enthuses. Over the summer at a TSNY student showcase, she even performed an entire routine on lyra.

Cramer feels that TSNY's motto of "Forget fear; worry about the addiction" couldn't be more accurate. She works with little kids at TSNY's summer camp and sees firsthand how they evolve. "There's always one or two kids who are super scared of [trapeze], and they do it once and they can't wait to do it again," she says smiling. In addition to being fun, trapeze and other circus arts are great exercise. Cramer notes that she has "fantastic abs" thanks to TSNY.

Cramer is grateful for the wonderful community she has discovered through the circus arts. "It's such a fun world to be part of. The people that you meet are really interesting," she says.

Another Blair student who has learned to fly at TSNY is freshman Emily Fox. She started going to TSNY back when she was in sixth grade. She admits that the first time she flew, she was a bit intimidated. "The first time it's really scary. You have to lean out and grab the trapeze bar and you can't breathe," explains Fox. "But after the first time it's just fun." 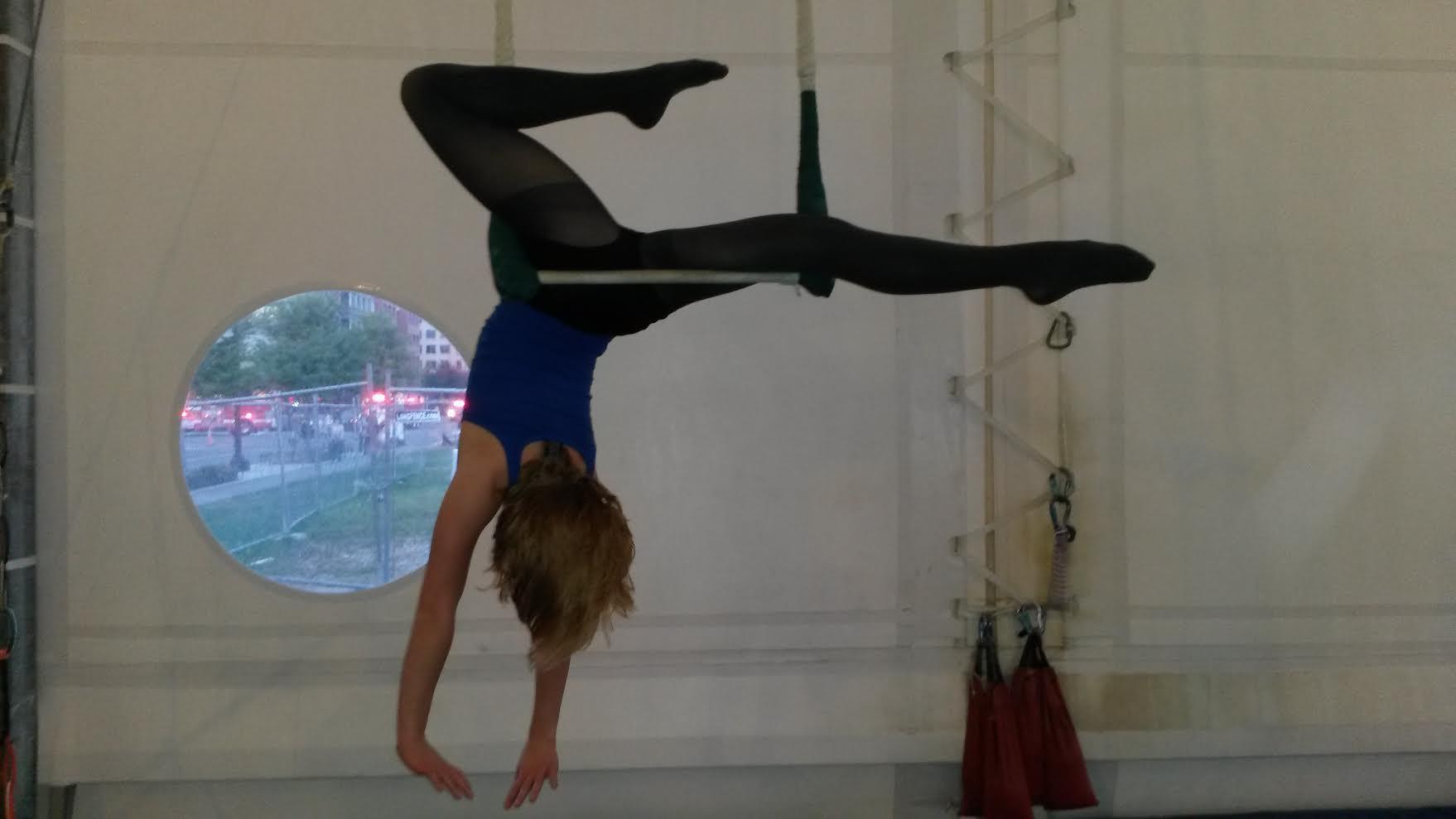 Like Cramer, Fox does more than just trapeze as well. She is working on learning 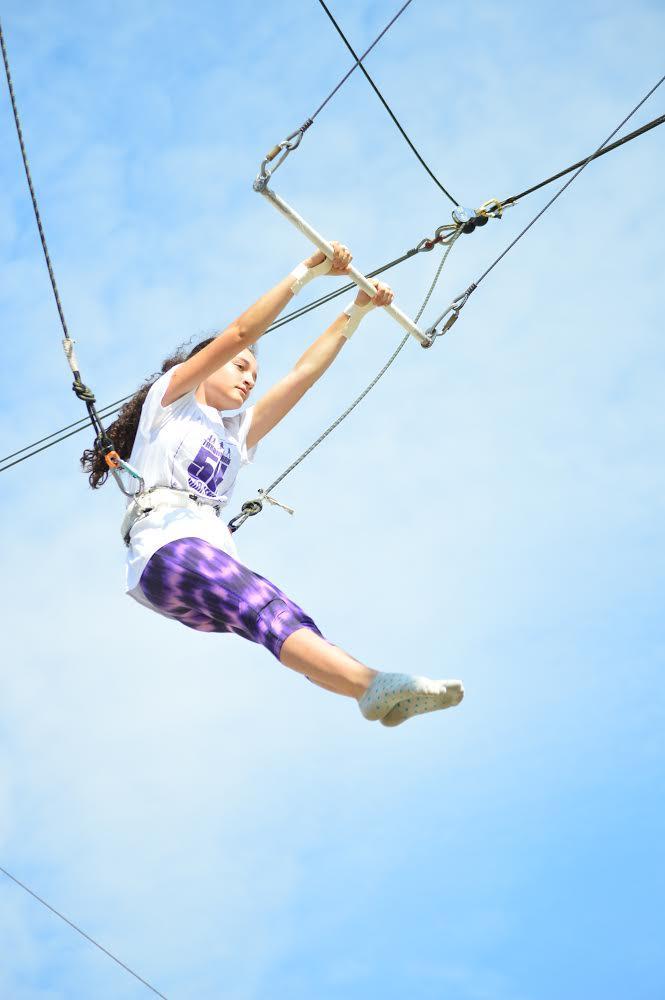 Some of the instructors at TSNY have backgrounds with the circus and Block finds them to be very helpful. "Everyone at TSNY is really nice and supportive so it's a good place. A lot of instructors started doing [trapeze] when they were adults but they go so regularly that they become really good at it," says Block.

Flying on a trapeze and performing other circus arts is something that not many people really consider. But just as Cramer, Fox and Bloch have found out, it is a fantastic way to get in shape and have a lot of fun. So don't bother asking them if they would choose the ability to fly—they already can.