Link began his quests at Death Mountain in 1986 when he first rescued Princess Zelda from Ganon, the Prince of Darkness, and saved the Kingdom with a Silver Arrow, but most video-gaming Blazers began their quests in a basement with a GameCube ten years ago. It's more or less the same story for junior Fen Kemp and senior Jack Vaughan as they discuss their experiences playing "The Legend of Zelda" over lunch.

"No! The best is 'Marjora's Mask', you can go backward in time!" asserts Kemp. Vaughan defends, "yeah but you have to go back in time." It's an argument likely to consume the entire lunch period, however, Kemp and Vaughan agree on one thing: "Legend of Zelda" is one of the best series in video-gaming.

This conversation reflects the omnipresent intense gamer culture that, in the past decade, was blamed for adolescent social anxiety and violence by various psychologists, including those that attempted unsuccessfully to add it to the list of addictions supported by the American Medical Association in 2007.

The gaming industry was defended this summer as the Supreme Court struck down a California law that banned the sale of violent video games. This law was proposed despite a recent 2008 study by the Harvard School of Medicine that found that intense gaming is unlikely to cause dangerous side effects.

Intense gamers at Blair may play anywhere from 10 to over 20 hours in a week--as much time as a part time job-- without suffering the anti-social or violent side effects of what some psychologists call an addiction. Instead they believe that video gaming can have positive consequences, creating communities and an environment unperturbed by the daily pressures of school and home life.

Vaughan, who spends around three hours playing either Halo or Minecraft every day, has made friends through playing "live," which connects gamers in multiplayer games through the Internet. "I've gotten friends from all over the world, like a friend from Boston I used to play with regularly, and I've played with a really crazy kid from Denmark," recalls Vaughan. 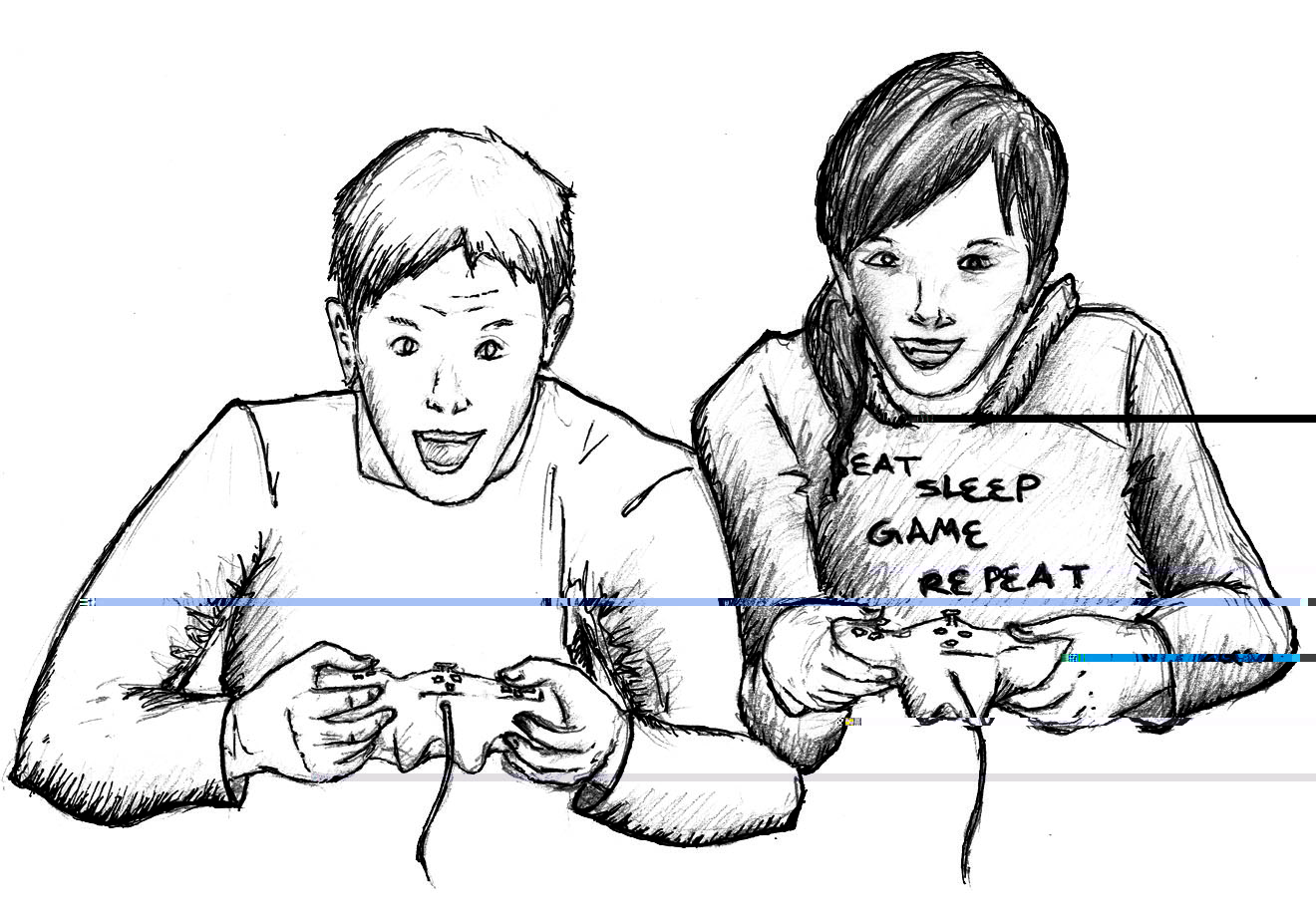 Photo:
Video game festival organizer Nick Marinelli agrees that gaming is a social experience, joking, "we're not in 1987; kids aren't just locked up in their basements anymore playing Pac-Man. Gaming is a way to get together and enjoy friends." Marinelli is a publicist for the DC video-gaming festival MAGFest, an event run by and for fans and gamers.

Entering its tenth year, the four day festival, scheduled for this January, will have all necessary gaming amenities. This includes a play room with game systems ranging from Atari to Play Station 3, people playing, circles of PC players hooked together for online games, a bazaar that sells crocheted "Mega Man" hats and video game cover bands including a chamber orchestra playing all of your favorite Nintendo hits.

For Marinelli, video gaming conferences like MAGFest highlight the social nature of the gaming community. "Everyone has come because another friend has told them, and so it's become this massive 3000 person social event where all my gamer friends locally and from the internet will come to spend four days together," he says.

Getting your head in the game

Vaughan plays "Minecraft", a game in which players attempt to survive through building and using a player's available resources. Players cannot win "Minecraft" but the game continues to grow with the player's developments. It is the freedom of this world that appeals to Vaughan. Vaughan is attracted to gaming because he says he sees it as "an immersive experience." Vaughan explains that, "you get to make decisions in the plot that influence the world. It engages you in a way a lot of things can't." Senior James Syverson agrees that video gaming offers experiences that can't be attained elsewhere. "It's a way to do things you can't do in real life," Syverson says. Vaughan gets a feeling of satisfaction from progressing through games. "On days [when] I don't have a lot of time I'll play Minecraft a little and still feel accomplished."

The art of the addiction

The graphics of games have been significant since even before a flat, pixelated Mario jumped over barrels in the arcade game "Donkey Kong" in 1981. For junior Kelly Smith, this aspect of gaming is one of its main draws. Smith games for a couple of hours every day, which also inspires her art. "I make video game armor after school, it's like large scale origami," says Smith, as she reveals pictures on her phone of carefully crafted white paper models of the armor from the Halo series.

Syverson likewise appreciates the artistic qualities of his favorite video games. During lunch, he pulls out his iPod at the mention of video game cover bands. He doesn't just appreciate the game soundtracks; he downloads the music, particularly from his favorite group, "Shadow of the Colossus."

The conversation always leads back to a disagreement. Kemp and Syverson discuss whether it's fair to hover over jumps in "Cave Story" to avoid dying. Others urge Smith to use this article as a platform to rail against the Xbox. Vaughan and Kemp disagree over Zelda. The conversation never turns violent and its participants never turn away anti-socially. As they enjoy their conversation, they don't regret where the first quest, alongside Link and Zelda, has led them.