Since the end of the 2014-2015 school year, Downtown Silver Spring has undergone several changes, and more are projected to be finalized later in the year. New restaurants have gone into vacant spots and renovations have made space for more new eating and shopping venues. 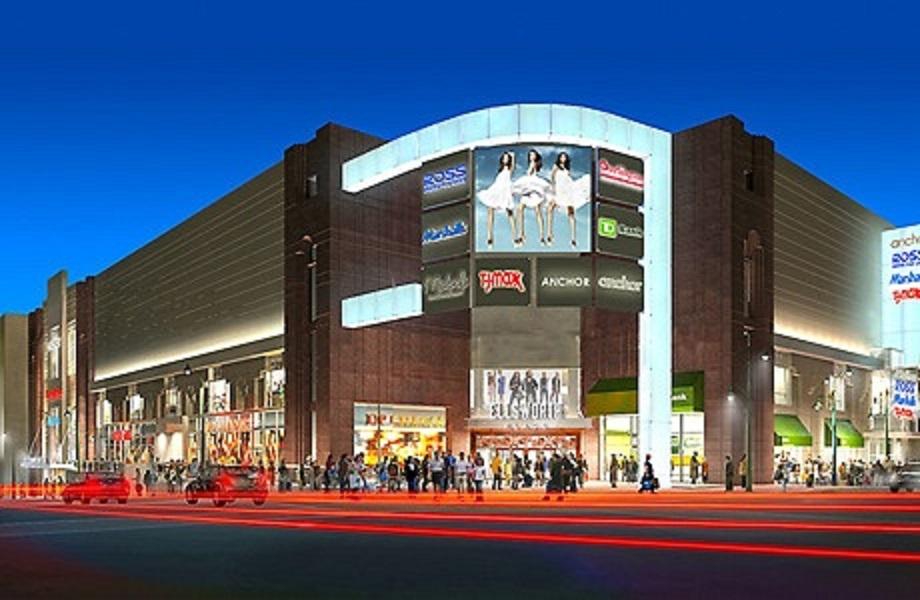 Photo: Renovations of City Place Mall in Downtown Silver Spring, which are projected to be finished in the fall, have created spaces for new retailers such as Michaels, TJ Maxx, and a Dave and Buster's.

Photo: Renovations of City Place Mall in Downtown Silver Spring, which are projected to be finished in the fall, have created spaces for new retailers such as Michaels, TJ Maxx, and a Dave and Buster's.


The most significant of these changes was the renovation of City Place Mall, which will be known as Ellsworth Place once renovations are finished this fall. Ross, TJ Maxx and Michael's are projected to join Marshall's, Burlington Coat Factory and the Forever 21 outlet store F21 Red plan to move in. A Dave & Busters will also open in the mall.

Blair sophomore Emma Creekmore has high hopes for the mall construction because of how many new retailers it will have. "I'm happy about the renovation of the mall. The stores in there were not the greatest stores and they're getting some better ones," Creekmore said.

Freshman Nina Boggan believes that the mall renovation is necessary, but she is still not enamored with the mall's appearance. "I feel like this was built a while ago and it was good back then," she said. Nevertheless, she still anticipates shopping in the mall. "If they put in good stores it'll be so cool," Boggan said.

More visibly, new restaurants have also come to the Downtown Silver Spring area. Sit-down restaurant AG Kitchen , moved into the lot left vacant by Romano's Macaroni Grill and opened on June 28. The restaurant, which, according to manager Aaron Knight, describes itself as serving "Latin and American fusion" and "Cuban and American comfort classics," was founded by celebrity chef Alex Garcia.

The other new and active restaurant, MOD Pizza , had its grand opening on July 2. The restaurant, which has an ordering system similar to that of its neighbor Chipotle, is a part of a national chain which is expanding further from its original Seattle location. 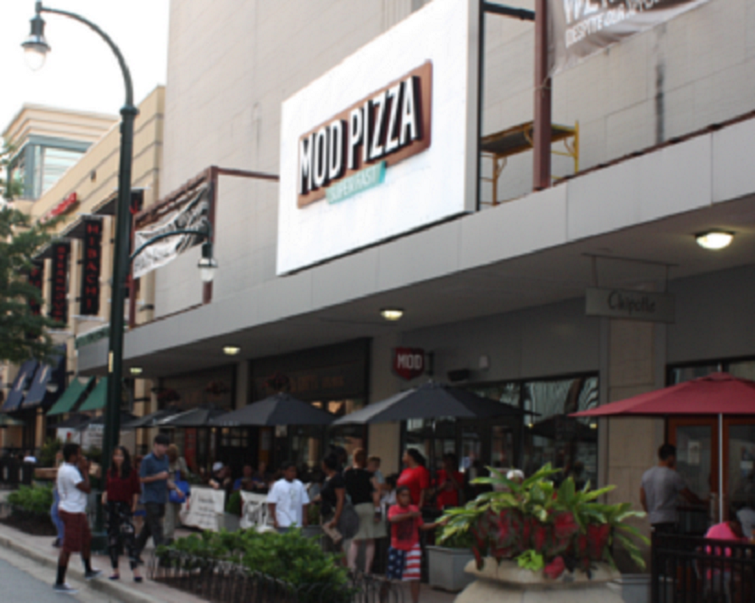 
According to Harry Deitch, the manager of the MOD Pizza restaurant in Downtown Silver Spring, Silver Spring was a great location for the chain due to its heavy traffic, proximity to public transportation and sense of community. "It's an awesome location. We're having a blast!" Deitch said.

Around the corner, renovations have begun where Cakelove used to be to transform the lot into one of the two first branches of Gusto Italian Grill , a new local chain, which advertises itself as "a new fast casual dining destination." The other branch will be in Bethesda.

Another new casual eating venue is the small extension of local Kefa Café , which sits below the newly opened Silver Spring library. According to barista Alejandra Barahona, the café began serving coffee and teas on July 25 and hopes to have its grand opening in the next two weeks.