A new Costco retail store and attached discount gas station are scheduled to open this October at the Westfield Wheaton mall. However, plans to construct the gas station are being heavily opposed by the Montgomery County Council and local residents. 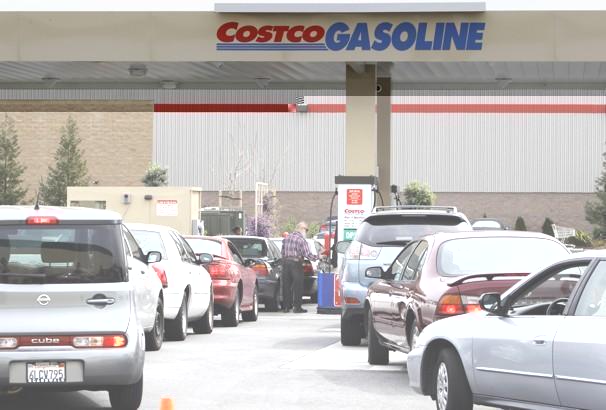 According to Karen Cordry, a member of the Kensington Heights Civic Association, the planned site of the 16-pump gas station has residents of the Kensington Heights neighborhood worried about their health. Their properties border the mall and the proposed gas station would sit less than 350 feet from a swim and tennis club as well as several homes.

Constructing large discount gas stations attached to supermarkets is a growing trend, according to County Councilmember Marc Elrich, who says this causes trouble with zoning laws. "The size of these new stations means existing zoning laws, meant for the smaller stations of previous decades, must be amended," he said.

Cordry believes that another gas station is completely unnecessary. "We have at least 20 gas stations within a seven-minute radius of the mall. There is no need to put another station there and create health risks," she said.

Cordry and neighbors want the gas station pushed further back, and a bill authored by Elrich proposes to do just that. The legislation would require any "mega" gas station, a station with over 10 filling pumps, to be at least 1,000 feet away from a residential neighborhood.

However, Costco turned to its email subscribers to help fight against Elrich and the new proposal. Between May 21 and 23, the council staff logged 434 letters and emails supporting Costco's efforts and 22 opposed to the gas station. The staff estimates that it has received close to 1,000 messages on the subject this week.

Some members are appalled by this commercial use of their email addresses. Costco member Millie Doherty received both the mailed letter and the electronic follow-up. "I just got this email from Costco - which as a Costco member I think is a totally inappropriate use of my email address. In my nearly 20 years in Montgomery County I've never been lobbied like this by a commercial enterprise," she said.

Elrich says his bill is not an attempt to stop Costco from building. He and three of the five other councilmembers have co-sponsored the bill, giving it a majority of support should the measure come to a vote.