Spanakopita is a traditional Greek snack consisting of layers of crispy dough and a feta and spinach filling. I came into this Olympic event with low expectations for spanakopita because the version I'm used to comes from the frozen food aisle at Giant. This microwavable variety usually consists of anemic-looking 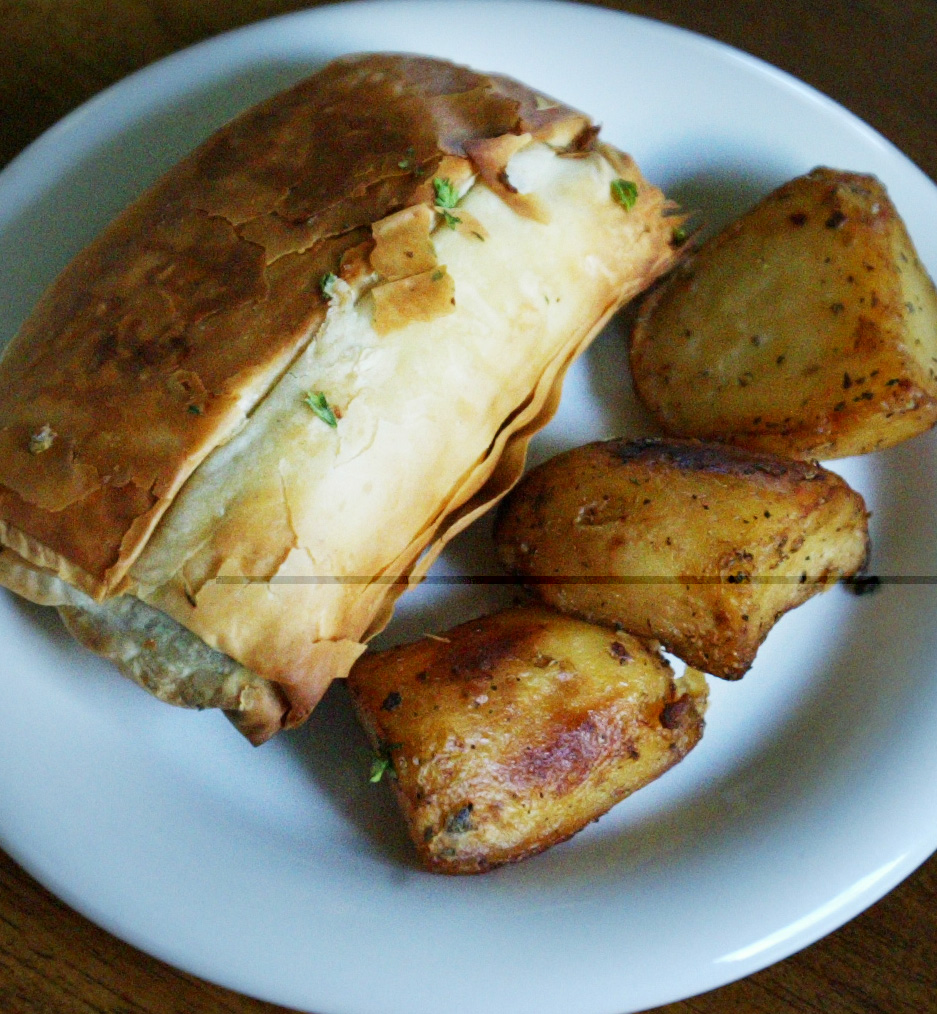 Photo:
spinach wrapped in layers of soggy pastry. Unfortunately, The Greek Place's spanakopita brought me right back to those frozen lumps of phyllo dough. The spinach filling was bitter and dry, matching the phyllo dough in its lack of flavor and edibility. After each bite, I was left with a disappointing mouthful of spinach mush.

The gyro, a staple of Greek cuisine, is characterized by soft, flat bread filled with slices of thin lamb, mounds of vegetables and spoonfuls of yogurt sauce. Initially, I was worried that The Greek Place's gyro would disappoint my high expectations. But gyros at The Greek Place are the best-selling item on the menu for good reason. The sandwich's soft and buttery bread is stuffed with perfectly seasoned 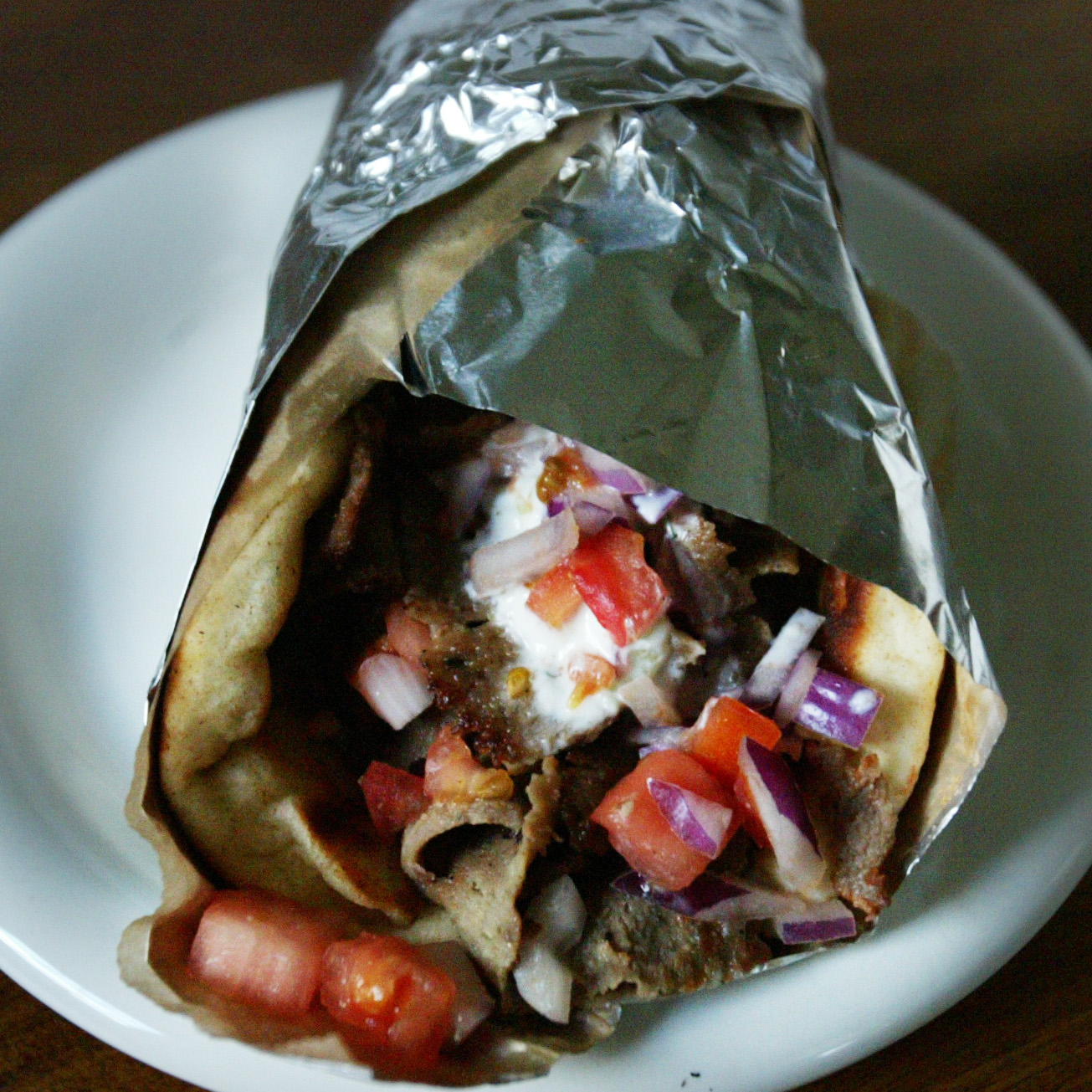 Photo:
slices of lamb along with mouth-watering toppings, such as refreshing yogurt sauce, diced red tomatoes and purple onions, leaves of green lettuce and chunks of feta. Each bite was packed with herbal flavors, creating a dish fit for gods.

Both the Lebanese and the Romans have claimed baklava as their own creation. No matter who conceived the idea of this deliciously flakey dish, the Greeks sure know how to do it right. 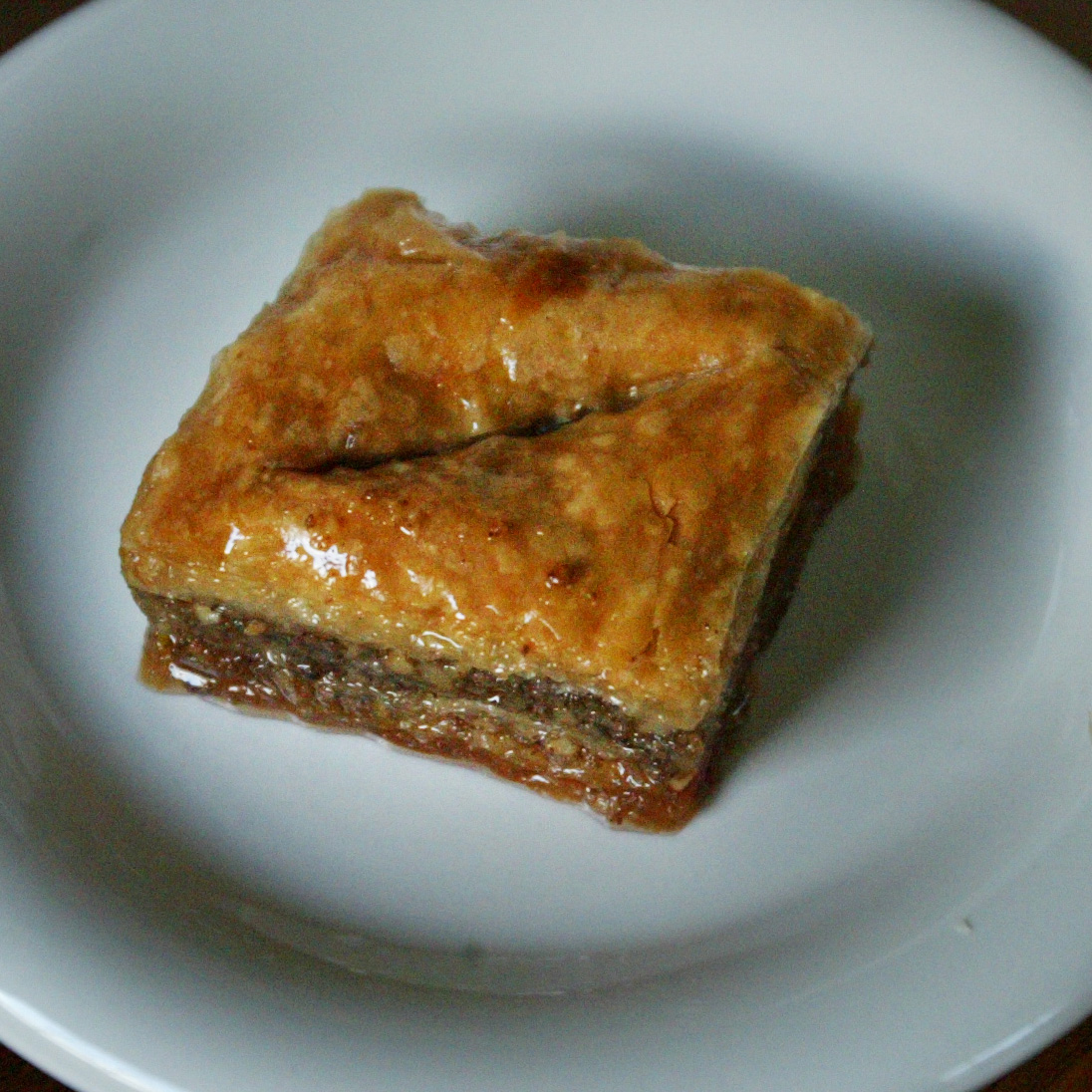 Photo:
The Greek Place offered a stunningly flavorful baklava cooked to perfection. The flakey square pastry was stuffed with a nutty inside that managed to achieve the perfect balance between salty and sweet. The crust shone with a light coat of sweet honey that soaked through each layer of the dense treat. I almost expected an old Greek grandmother to be pulling this freshly-baked dessert out of her oven because it had such a homey and comforting taste.

When I took a bite of The Big Greek Café's spinach and feta appetizer I was blown away. I was so unused to a good-tasting spanakopita I wasn't even sure if I was eating the right dish. The pastry was filled with dark green, creamy spinach that seep out from the flaky phyllo dough that surrounded it, so unlike the dish I was used to. 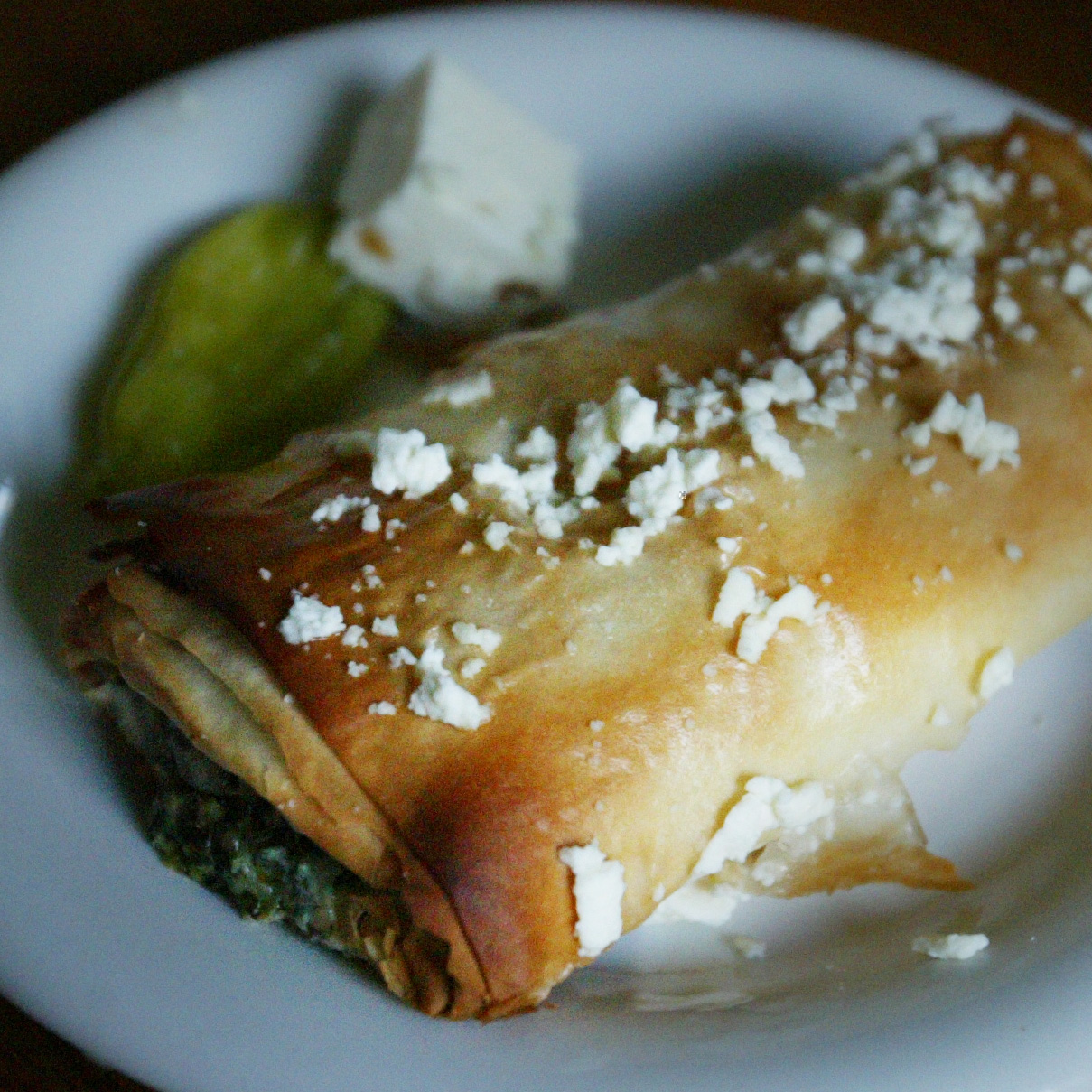 Photo:
A generous amount of feta cheese was heaped on top of the tantalizing appetizer, adding the perfect combination of saltiness and tanginess. It will be impossible for me to go back to my sad box of frozen spanakopita after having tasted this incredible dish.

Zeus might have been less thrilled with the gyros at The Big Greek Café. The pita was overflowing with fresh meat and vegetables, in line with the restaurant's focus on fresh ingredients. But the pieces of lamb were doused 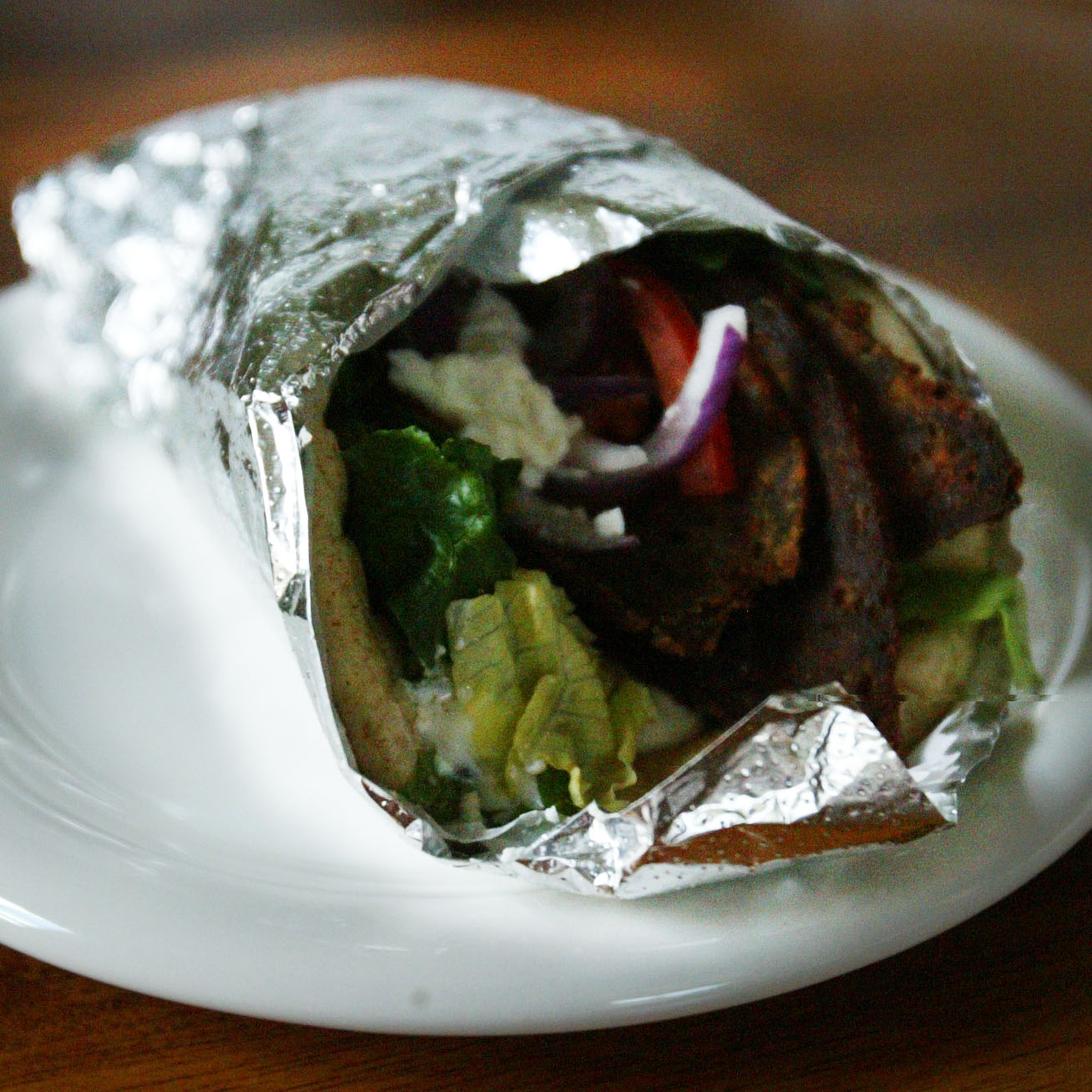 Photo:
in an unappetizing mixture of herbs as if drawing inspiration from the brackish Mediterranean Sea. Since the tomatoes and onions were not well distributed throughout the sandwich, I was eventually left chewing on overly salted meat and slightly warm bread without a vegetable in sight, so I gladly put the sandwich down and moved on to desserts.

The Big Greek Café's baklava sat in a silver tin on the counter, tempting every customer like the song of the sirens. A pool of golden honey surrounded the long log of nut-filled dough. The honey was the ambrosia of 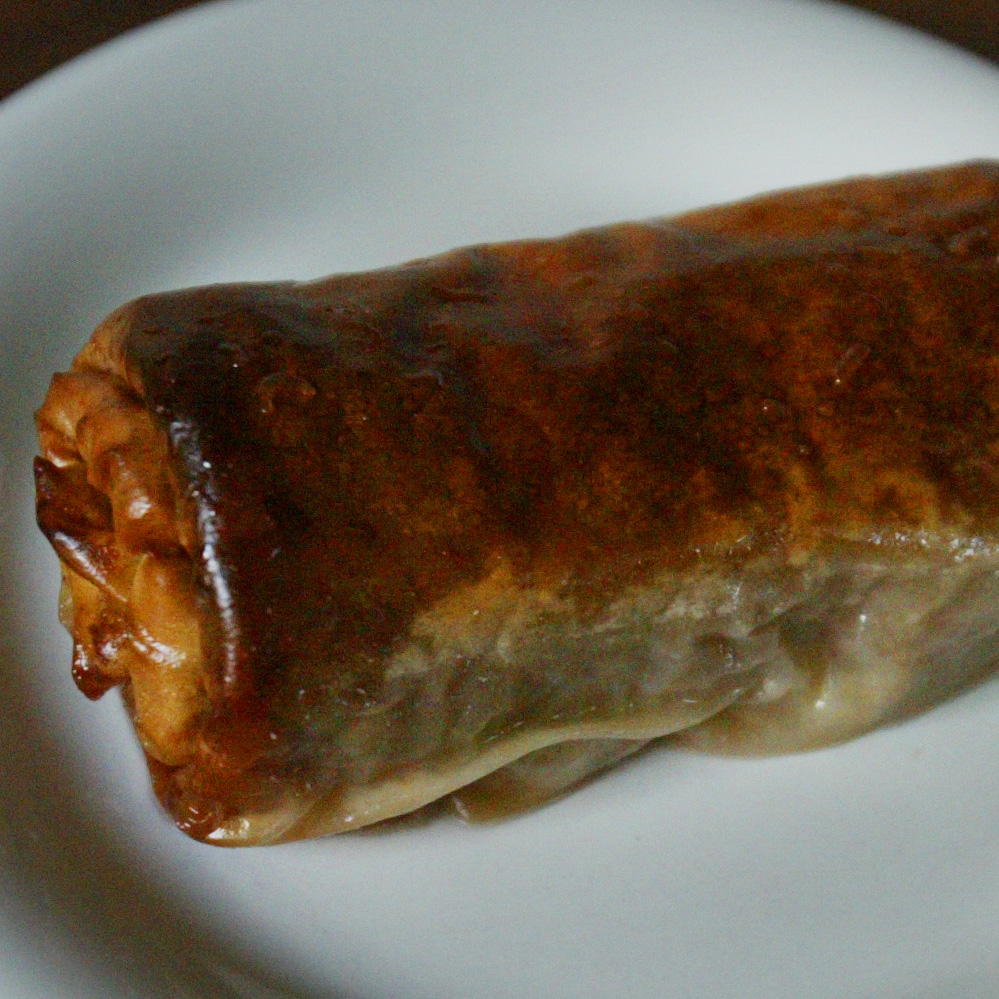 Photo:
this fantastic dish, as the silky syrup had a rich and complex flavor that was equally zesty and sugary. The filling was the perfect blend of crunchy and sweet and had the most satisfying hint of cinnamon. Every bite of the dessert was drenched in the gooey honey, so I inevitably went through a mountain of napkins. But the taste was definitely worth the sticky mess.

And the winner is… The Greek Place! Both restaurants had a good showing, but only one can win the gold. Despite the slip-up in the appetizer event, The Greek Place was able to make a skillful recovery by delivering a superior gyro routine and a phenomenal baklava run. With serious competition from the Big Greek Café, this win is one for the books. When faced with the difficult decision between Georgia Avenue's Greek restaurants, I've learned to go with the original - The Greek Place.