In a game of ups and downs, the Blazers lose ground 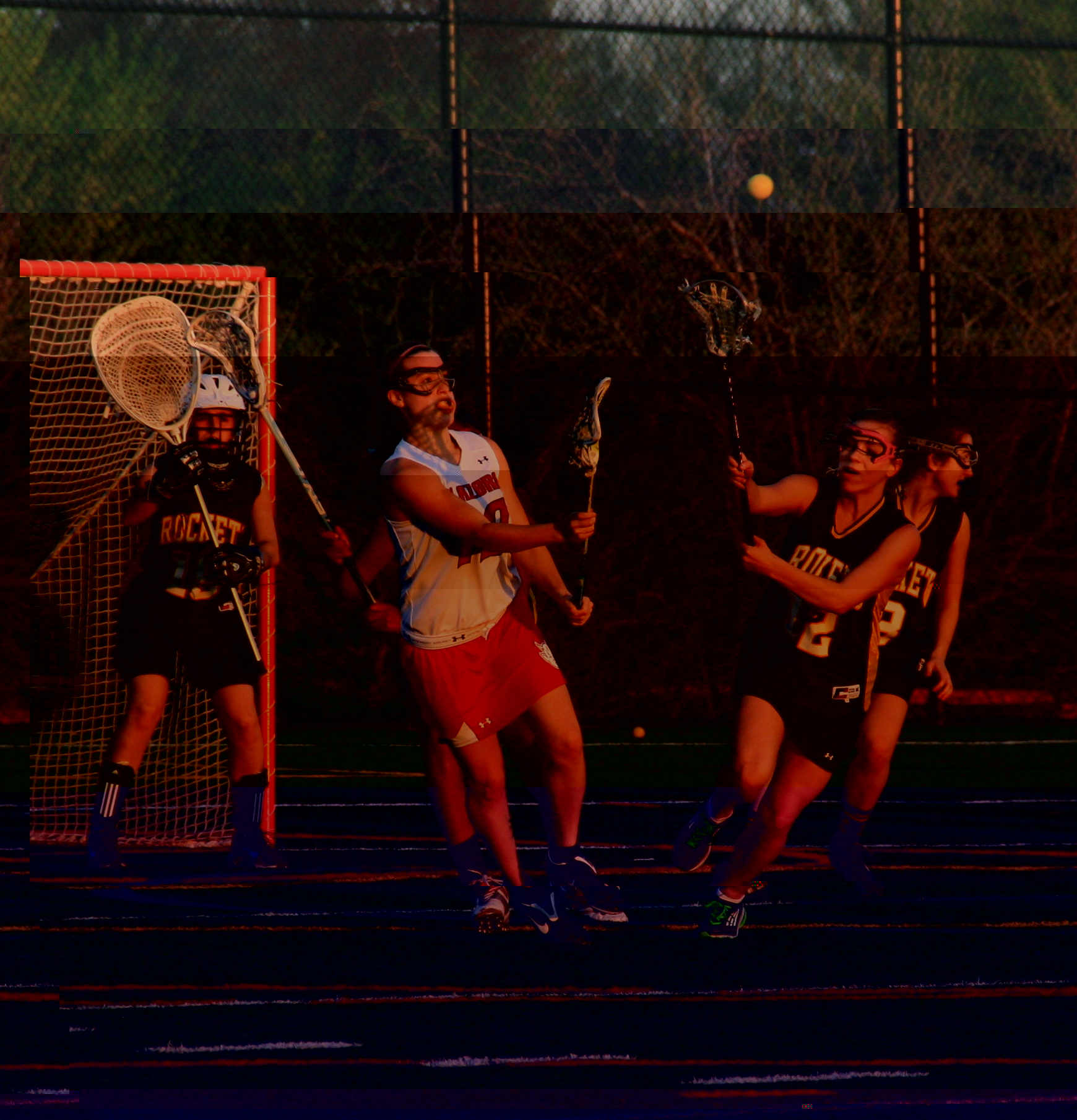 Photo: In an attempt to catch the ball, senior attack Lyla Shapiro lunges past a Richard Montgomery team member.

The girls' varsity lacrosse team (2-5) lost to the Richard Montgomery (RM) Rockets (4-3) by a close score of 17-14. Despite the fact that the Blazers were able to get a four point lead in the second half, they were unable to maintain it due to a momentum shift in RM's play.

Within the match's first few minutes, junior center Rachel Smith was able to score the first two goals of the game, giving Blair the lead. However, RM was able to recover and the rest of the half became a game of catch up, with each team alternating control until they were all tied up at 9-9.

The second half started off very promisingly for the Lady Blazers. The girls were able to pocket six goals in a row to get a four-point lead over RM. The first three of these were made by sophomore attackman Caren Holmes, and two of the six were scored while RM was playing a man down due to a yellow card. Two yellow cards were called on the Rockets throughout the game for aggressive play. But after the Rockets were able to reform their team, they went through a shift and were able to take command of the score by making seven consecutive shots. "To get a team back in it doesn't take a whole lot of time," head coach Michael Horne said. 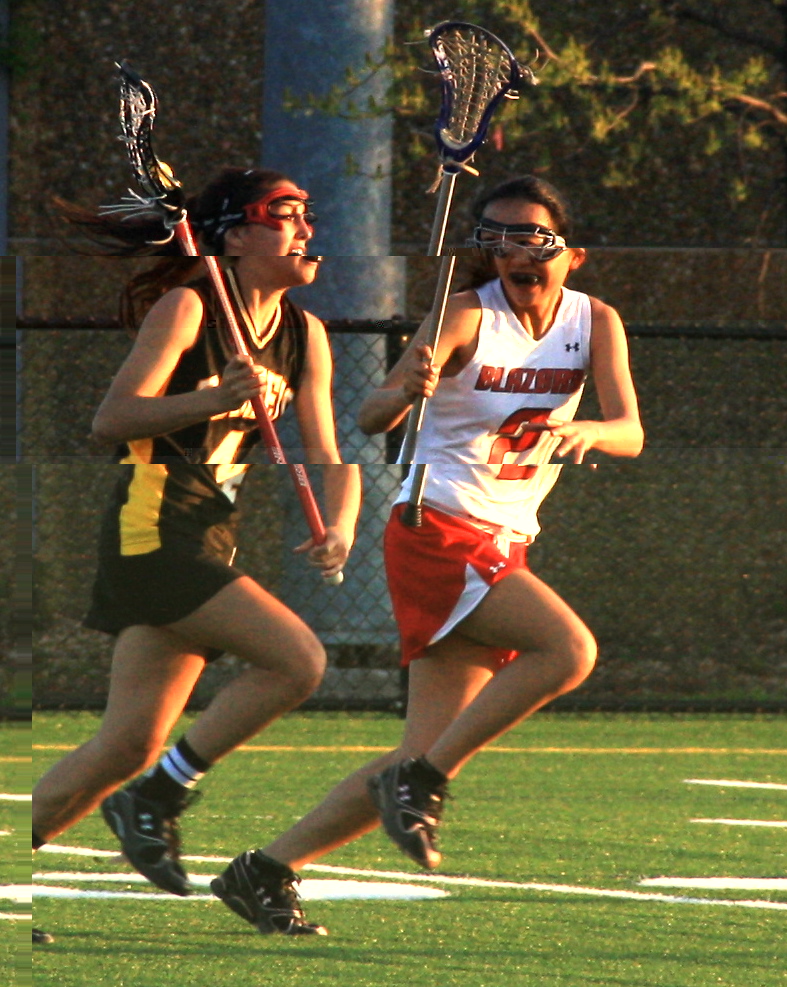 Although the Blazers lost, they played strongly throughout the match. The girls' penultimate goal was made after a well coordinated group effort to bring the ball down the field and the Blazers were able to make many strong passes. Senior goalkeeper Laura Gagliardo was also able to skillfully block successions of incoming shots in order to help the Blazer's stay in the game.

The squad's energy was high, but the power shifts that occurred were enough to hold the team back. "We're definitely in these games, it's just about playing a full 50 minutes," Horne said. Gagliardo adds that these shifts are hard to combat. "Sometimes a team gets a lot of momentum, so it's hard to mentally and physically block them," she said. 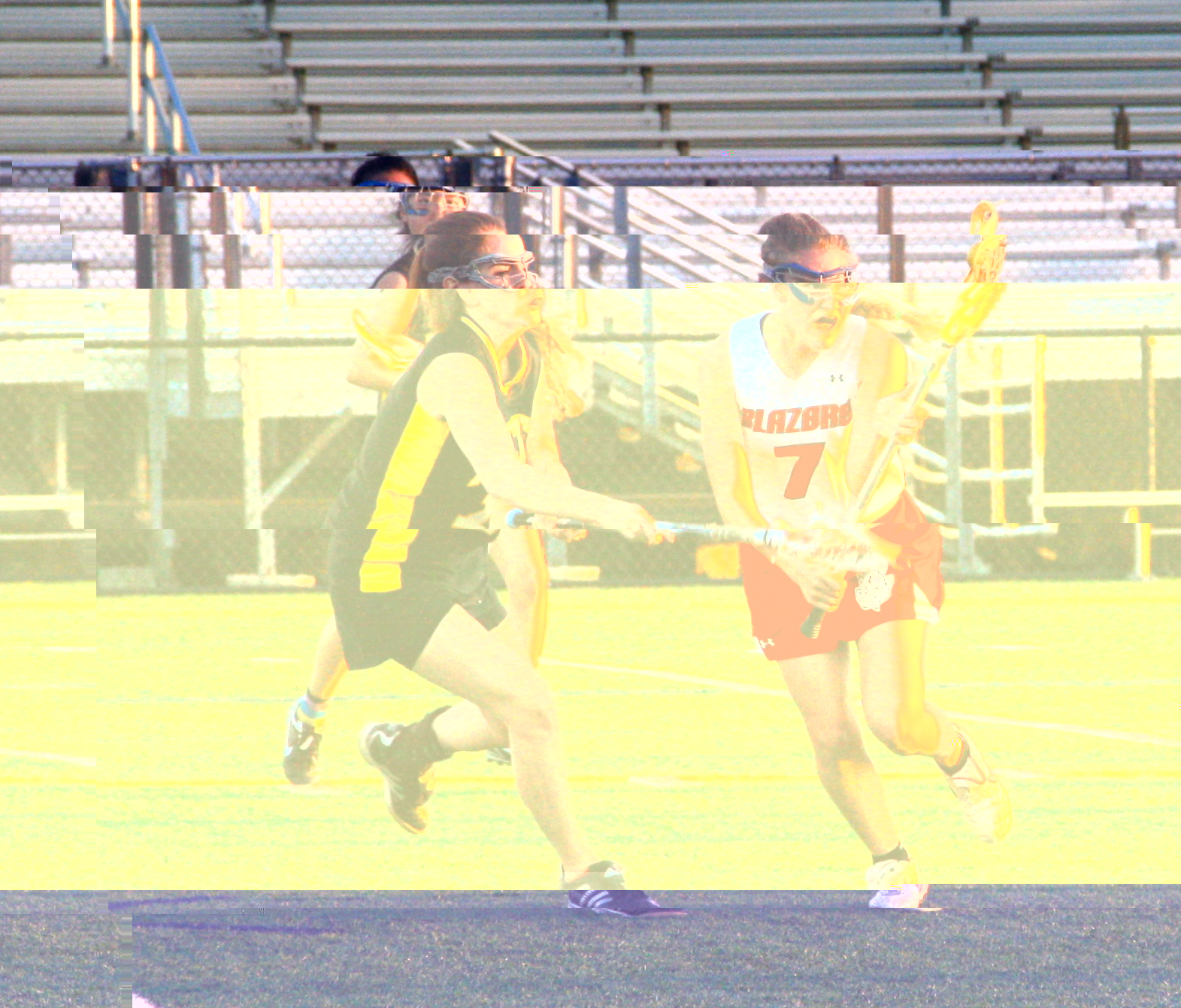 Photo: Junior defense Julia Lewando begins to run up the field after snatching a ground ball.

Overall, the match was fast paced, high scoring and strong for both teams, but RM was able to bring it all together to earn the win. "It was a close one and [the Rockets] were able to pull it out," Horne said. The team's next home game after spring break is their senior night, which honors the squad's senior players.

The varsity girls' lacrosse team will play their next home game on Tuesday, May 3 against Magruder at 7 p.m.