Two Blair teams finish in top three, but none will advance for first time in five years

Three Blair teams competed in the Maryland Regional Science Bowl on Jan. 19 at Montgomery College. Teams A and B placed second and third respectively, losing to a team from Rockville High School. The competition comprised 45 teams from 25 schools in the region. Rockville will advance to Nationals, beginning April 25 in Washington D.C. 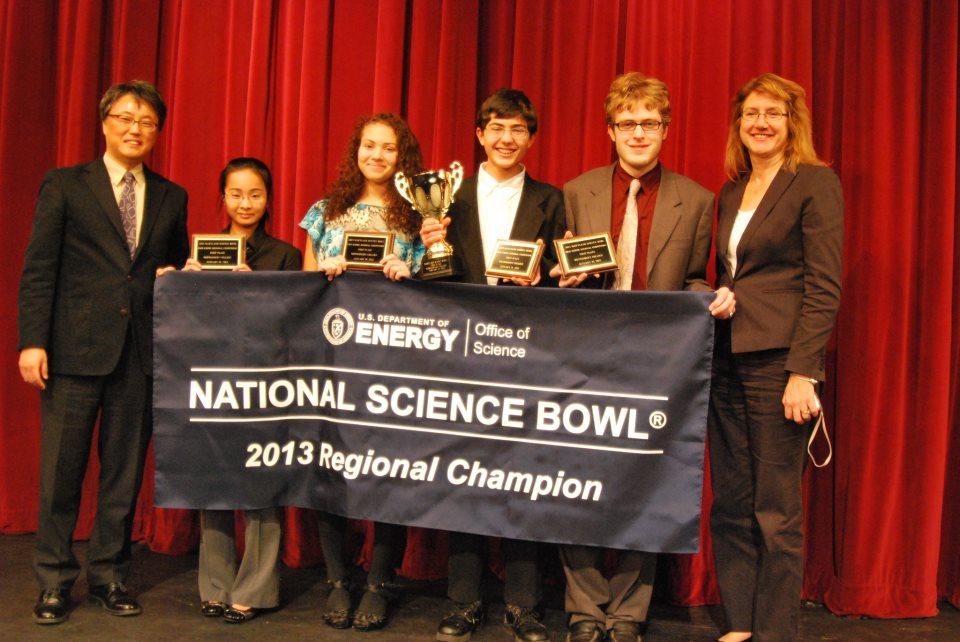 Team A captain and Blair junior Avikar Periwal was surprised that Blair did not win this year, after MBHS won the regional competition and placed in the top eight teams in the National Science Bowl in 2012. "This is the first time we haven't won in five years," Periwal said. "We got too tired, frazzled [and] had a couple of inopportune mistakes."

Ilangovan pointed out that Blair suffered from an unlucky tournament bracket. "Blair did very well throughout the competition, with all three teams making it to the second round. Unfortunately, Blair A and C were in the same bracket and C was eliminated. In the semifinals, Blair A played Blair B while La Plata played Rockville High School. In the finals, Blair A played La Plata and barely lost [by a] one question margin," Ilangovan said.

In the regional round, the teams were split up into eight random groups. All teams played a round robin within each bracket and the top two teams moved on to the second round. In the second round, the teams were split into four divisions and another round robin was played. The top team in each division was selected and a single elimination bracket was held among the four remaining teams to determine the winners.

"We got unlucky in the final round, or rather the other team got quite lucky." - Ilongovan
To prepare for the competition, Blazers studied individually and practiced answering questions as a team. "We mostly just tried to emulate the competition setting as much as possible, splitting up into fair teams and playing just like in the real competition," Ilangovan said.

The team practiced with buzzers in practice facilities. The team's coach, Magnet chemistry and thermodynamics teacher Tran Pham, provided them with advice for the competition. Pham has coached the Blair Science Bowl teams for over 15 years, providing them with resources and practice space.

Ilangovan believed there could have been improvements made to the team. "This year our team was very well balanced - no one member dragged the team down. However we lacked a strong earth science member, which may have contributed to our loss," he said.

He felt that even though Blair lost this year, the team worked hard and still did well. "While we did not go to the national round for the first time in about five years this time, our team was just as strong as ever. We got unlucky in the final round, or rather the other team got quite lucky, and as a result we lost," he said.

The National Science Bowl was created by the U.S. Department of Energy in 1991 to encourage students to excel in mathematics and science and to pursue careers in these fields. It is the nation's largest science competition, with more than 200,000 students participating in its 23-year history.

For more information about the National Science Bowl, visit science.energy.gov/nsb.