William and Kate's wedding is not the first we have seen

From "27 Dresses" to "Bridesmaids," from "My Big Fat Greek Wedding" to "Say Yes to the Dress," American pop culture is obsessed with the idea of marriage. This demand to witness marital bliss has overcome Hollywood and directors are here to satisfy. The obsession can be traced as far back as the 1950s, with the Fred Astaire movie "Royal Wedding," and the wedding craze has flourished ever since. 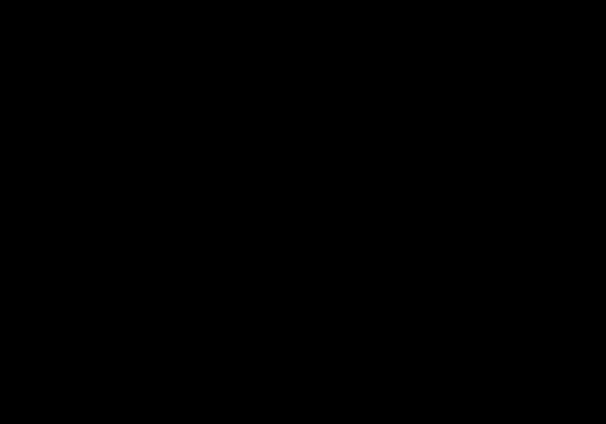 Photo: Prince William and Kate Middleton share their first kiss on the balcony of Buckingham Palace.

Photo: Prince William and Kate Middleton share their first kiss on the balcony of Buckingham Palace.

But this year, Hollywood doesn't take the cake. Instead, the wedding of the year is none other than that of Prince William Arthur Phillip Louis and Catherine "Kate" Elizabeth Middleton, who were united in holy matrimony this past Friday. Royal weddings have always drawn extraordinary attention; they capture everything from the glamour and uniforms to the sheer joy of the newlyweds – and don't forget the British accents. And though this event has been spotlighted continuously in the media for the past three months, royal weddings have been portrayed in movies time and time again. If you haven't had your fix of the Royal wedding just yet, try checking out these movies.

"William & Kate" (2011)
The story began when Prince William decided to have a "normal” college experience. He enrolled at St. Andrews University in Scotland in 2001, contrary to his family's legacy at Cambridge. While at St. Andrews, he met a lady, Ms. Kate Middleton, who wasn't royalty. In 2003, as the couple began getting closer, they attempted to keep their relationship a secret, but it was clear that William had found a possible future Queen of England. However, it was not an easy few years as they dated. The couple split up twice, due to the constant hassle of the paparazzi and Kate's hard transition to living in the spotlight. After dating for six years, they split up again, only to reunite when William realized he needed to win Kate back for good. When she returned because they realized they truly loved each other. William wouldn't let Kate go because as Princess Diana always told her son, "If you find love, hang onto it." And he did.

After eight years of being together, Prince William finally proposed to Kate on Nov. 16, and their monumental wedding took place last week on Apr. 29. Royal weddings are always the grandest of affairs, but the marriage of the future King and Queen of England was the biggest occasion since the marriage of Prince Charles and Princess Diana in 1981. And this love story can now be relived again and again in the new Lifetime movie, "William & Kate" along with the many various shows documenting the special day. 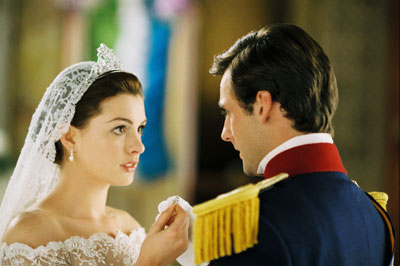 Photo: The movie "The Princess Diaries 2: Royal Engagement" revolves around the idea of a royal wedding.

Photo: The movie "The Princess Diaries 2: Royal Engagement" revolves around the idea of a royal wedding.

But the royal wedding fascination doesn't stop there. Also in 2004 the sequel to beloved "The Princess Diaries" was released and revolved around the idea of a royal wedding. In "The Princess Diaries 2: Royal Engagement," Mia Thermopolis (Anne Hathaway), Princess of Genovia, is about to turn 21 and must be married in order to ascend to the throne. Mia is allotted 30 days to find a husband, which is clearly not enough time to find true love. The princess winds up in an arranged marriage, but begins to fall for a man who has ulterior motives – to steal the throne from her. She breaks off the wedding but is betrayed to discover that Nicholas has been tricking her. Nicholas, contrary to his actions, has grown to love Mia as well, and alters his intentions to benefit Mia instead of himself. On the day of her coronation, she is courted by Nicholas who admits that he loves her and all ends well.

Although this movie doesn't correspond to Kate and William as perfectly as "The Prince and Me," this movie has royal wedding written all over it. No matter what year it is, people have a fascination with the royal family and their extravagant weddings. So if you weren't lucky enough to watch Prince William and Kate unite in holy matrimony, these movies are fun replications of the thrill and grandeur of the real royal wedding.

"The Prince and Me" (2004)
Although nothing compares to the actual royal wedding, movies have strived to capture the mesmerizing concept. By far the most accurate portrayal of the story of William and Kate – before the commotion about the couple even began – was in the 2004 movie "The Prince and Me."

In Wisconsin, a farmer's daughter, Paige Morgan (Julia Stiles) meets a Danish classmate, Eddie (Luke Mably) who is secretly the heir to the throne of Denmark. Paige doesn't realize who she's been dating and feels betrayed when she discovers that Eddie kept such a massive secret from her. She is thwarted by paparazzi and the daunting possibility of her future as royalty. As Eddie's parents adapt to his true love to a commoner, Paige has difficulty considering the idea of the life of a queen. She would have to give up the medical career she has worked so hard to achieve. Paige splits up from Eddie to pursue her dreams, similar to William and Kate, only to ultimately be drawn back to her true love.