Jacob Rogers, a teenager from Cheatham County, TN, took his own life in December of 2011 as a result of bullying and depression. He committed suicide due to family issues, substance abuse, others neglecting to help him through depression and the constant discrimination he faced due to his sexual orientation. Though people around him were aware of his daily challenges, school officials did not give him the help he needed, and what happened to him was unjust. The fact that he had to take his own life to be heard and finally receive the attention he deserved, after years of bullying, is unacceptable. 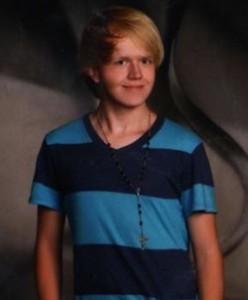 Photo: Jacob Rogers took his own life because of discrimination of his sexuality at school and other challenges he faced.

Photo: Jacob Rogers took his own life because of discrimination of his sexuality at school and other challenges he faced.

News of his death spread quickly among gay activist groups, bloggers and media outlets across the country. There was a local movement criticizing school officials, where outraged community members shut down an unrelated town meeting called in order to discuss suicide prevention. Though this is a positive reaction that is necessary to raise awareness of Jacob's story, there are a countless number of stories, just like Jacob's, that have not been given the same publicity. Many kids like Roger live in similar neglect, and no one is doing anything to help.

Jacob was targeted by bullies during his four years at Cheatham County Central High School. He was openly gay, and wanted to be comfortable saying that he was, but instead he became an object for bullying every day. "Jacob became an almost daily target for name-calling, said friend Kaelynn Mooningham, 18. "It was like every day, every class.”

In addition to the bullying, Rogers had to deal with family problems, one of which included his biological mother moving out of the state, which took a big toll on him. Rogers left behind notes, apologizing to people and addressing the reasons for his suicide, which included parts about family, before shooting himself on Dec. 7. With all the pressure he had, school officials should have taken more action to help him deal with his issues and work through them alongside him. 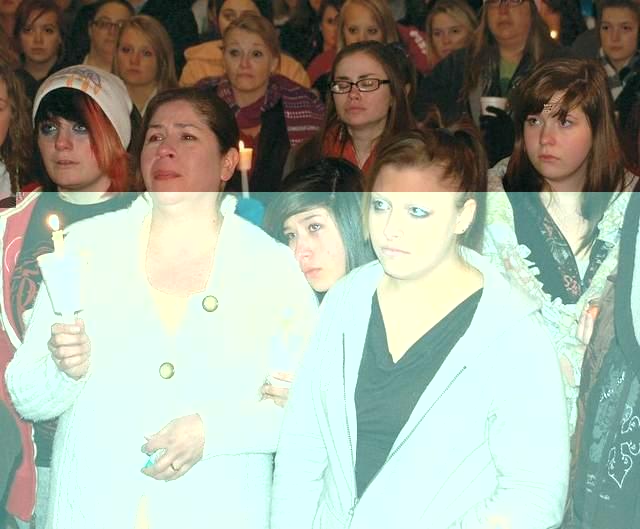 Photo: A prayer vigil was held for Jacob on Dec. 8, with friends, family, and even strangers who felt the pain of his death.

Photo: A prayer vigil was held for Jacob on Dec. 8, with friends, family, and even strangers who felt the pain of his death.

But, the question now is, did school officials try hard enough to help Rogers or was he ignored? Other students in his school recall widespread bullying towards those who were openly gay, but did not see the aggressors receive any punishment, according to The Tennessean. Since Jacob's tormentors were not disciplined, they continued to discriminate against other students, proof that the school administration has fault.

Those who believe Jacob was bullied to death are determined to have his death bring change to Cheatham County. Friends and family question whether faculty did enough to protect Jacob and whether the bullying policy already implemented is too lenient for the students who cause the harm. School officials, in turn, defended their bullying policy. Director of Schools Tim Webb said a revision in the past year mandated reporting of incidents. Webb did not anticipate any further changes, but says efforts are now being made through the school board to revisit the policy by those angered by Jacob's story.

There was only one report of bullying in Jacob's case in the year since Webb and Jacob's principal took their positions. Webb insisted that the school counselors and principal went far to help Jacob with his challenges. According to The Tennessean, Webb believes that Cheatham Schools are not any less tolerant than any other rural school system in the region. "We know rumors and speculation of previous bullying,” Webb said. "We are still looking into that.”

If the rules did actually cover all the bases to prevent bullying, then why hasn't the bullying decreased? There should have been some change in Jacob's situation as a result of the efforts made by school officials. Jacob's death proves that the bullying policy in his school is not strong enough and needs to be changed.

Students have the right to give their opinions in school, but when the opinions start targeting students and have harmful intentions, they should not be allowed. There are countless stories just like Jacob's all over the country where discrimination and bullying occur and harm someone. It is extremely disappointing that people in our country let this happen and not just in Jacob's situation, but all over the nation.

The people who are the victims, such as Jacob, do not get the help they need and they are harmed as a result. Some of them cannot and do not even ask for help or do anything about it because they are afraid. The fact that students cannot even ask for help and that they are not protected from this discrimination against different beliefs and orientations proves that the rules are not strong enough.

The bullying of these students must come to an end and those who do not make enough of an effort to help are just as wrong as the ones inflicting the harm. Stories such as Jacob's should not get as far as to have lives taken in order to be heard and have action taken.