Board of Education comes to unanimous decision at Tuesday meeting

The Montgomery County Board of Education (BOE) voted unanimously on Tuesday to close county schools on Jan. 20, 2009 for the inauguration of President-elect Barack Obama. The resolution, introduced by board member Christopher Barclay on Nov. 18, designates all future presidential inaugurations official school holidays.

The eight board members passed the resolution in response to thousands of requests from teachers, parents and students to cancel school for the historic inauguration. "It became clear that students and staff wanted to take part in the ceremonies, to go out on the mall or spend time with their families," Barclay said. Montgomery County Public Schools (MCPS) joins the District of Columbia Public Schools (DCPS) and Prince George's, St. Mary's, Charles, Fairfax, Arlington and Loudoun County Public Schools in canceling classes on Jan. 20. 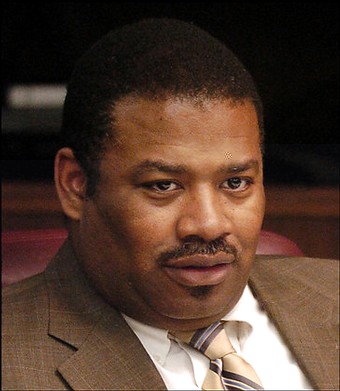 The cancellation will require county officials to alter first semester exam schedules. Blair administrators are waiting for instructions from the BOE before they announce the new exam schedule, according to administrative secretary Cherrie Avery.

MCPS Superintendent Jerry Weast recommended that schools remain open on Inauguration Day in a Nov. 15 memorandum to the BOE. Weast expressed his concern that school cancellations would impose a large financial burden on the county. "Should we use one of the four contingency plans for Jan. 20, 2009, and need more than three days for weather-related closings this winter, the day would need to be made up, resulting in a cost of approximately $600,000," he wrote in the memorandum. Weast was also opposed to closing schools on the grounds that childcare would be difficult to obtain for many students and cancellations would have a negative impact on the 36,000 students who rely on free and reduced-price meals provided by MCPS.

Board members discussed the concerns raised in Weast's memorandum and are working on details, according to Barclay. "We still have to decide what members of our staff will be paid and who will not be paid - logistical issues," he said.

Financial concerns notwithstanding, Barclay believes the BOE made the right decision. "It was a unanimous vote. All of us thought it was important to honor this historic event," he said.

Students and parents had been vocal in their support of a cancellation by signing online petitions and sending emails urging board members to cancel school in honor of the inauguration. Walter Johnson High School junior Laura Epstein authored an online petition that accumulated nearly 3,500 signatures in the hopes of swaying the board. "The petition shows them how many students and teachers are really excited about the inauguration," she said.

Barclay believes that students will benefit from having the day off on future inaugurations. "When the first female president is elected, students will be able to see it," he said.