With today's new cinematic technology, it is hard for films of the past to hold their ground any longer. Every remake of an old classic seems to try to surpass its predecessor with flashy graphics and effects. Some would argue the new features in films give them the leg up, while others believe nothing can beat the original. The question comes down to this: classic or vamped-up remake? Luckily for you, these SCO movie experts have scoped out 2010 film remakes and compared them to the originals. We'll fill you in on which version wins in our Movie Remake Battle of 2010! 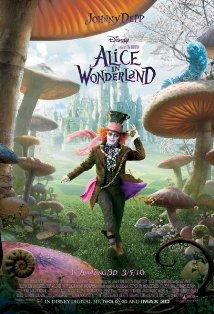 Photo: Although both movies are great in their own ways, the Alice in Wonderland remake utilizes special effects in an appealing and fantastical fashion.

Photo: Although both movies are great in their own ways, the Alice in Wonderland remake utilizes special effects in an appealing and fantastical fashion.

Original:
The classic Disney animation creates a special warm feeling of childhood to which nothing can compare. The drawings are uniquely Disney and so is the fantastical concept. Based on Lewis Carroll's children's story, a young girl named Alice follows a white rabbit down a rabbit hole only to find herself in Wonderland, where she faces a series of surreal adventures, and only Disney could have brought Carroll's Wonderland to life as well as the exciting creatures in it. From flamingo croquet to Tweedle Dee and Tweedle Dum, this movie teaches us the power of imagination. This nostalgic classic takes us back to our childhood and let our minds wander; when it comes to Disney, nothing can compare.

Remake:
A 19-year old Alice returns to Wonderland and this time with an all-star cast by her side. Alice meets all her old friends and finds herself with a predetermined destiny - to slay the Jabberwocky and allow the White Queen to rule Wonderland once more. Johnny Depp portrays the Mad Hatter with a perfect degree of insanity and the Red/White queens are complementing opposites. The characters are surrounded by an equally dreamlike backdrop that makes the world convincing. With a plot that nicely follows up the classic, Alice continues her journey while still reminiscing upon her previous one with periodic flashbacks. Overall, the actors superbly portray the outrageous, fictional characters, the extravagant special effects captivate viewers and the intriguing plot is a fascinating sequel to the classic Disney movie.

Allison suggests SCOoping up: Original if you want a trip to your childhood, remake if you're up for action and effects

Original:
Based on the 1968 novel "True Grit" by Charles Portis, the movie brings two unlikely people together - a Texas Ranger and an aging, drunken and hardheaded U.S. Marshal (played by none other than John Wayne). The duo heads into dangerous Indian Territory after being hired by a stubborn teenage girl, Mattie Ross, in her attempt to avenge her father's death by finding his killer before time and patience run out. So, in short: John Wayne. John Wayne. John Wayne. He is the definition of a westerner, and this classic highlights his outstanding abilities. The all-star cast he works with includes Kim Darby, who plays Ross and provides attitude with a clever delivery to every scene, pulling you in from the moment you meet her. "True Grit" also features country singer Glen Campbell his first big movie. The vivid picture and color in the film are remarkable for the time period and really showcase the stunning landscape of the west. The classic western soundtrack hints to climaxes throughout the movie and make you want to jump out of your seat and ride a horse.

Remake:
Lucky for us, it was Joel and Ethan Cohen who decided to remake "True Grit," because these directors know what they are doing. Sure, any avid western movie viewer would shun a redo of a western that featured the incredible John Wayne, but Jeff Bridges plays the rugged character impressively. However, surprise newcomer Hailee Steinfeld as Mattie actually makes the audience forget Wayne isn't on the screen. Steinfeld's witty one-liners carry throughout the movie and provide comedic relief during solemn scenes. The narration also provides a different point of view from the original. Look out for a new ending!

Molly suggests SCOoping up: Both. The original is worth watching for the classic John Wayne and the remake is worth seeing to encounter Hailee Steinfeld. 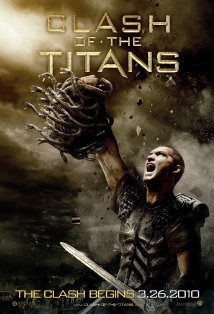 Photo: There is almost no comparison, the Clash of the Titans remake is action packed with a powerful storyline that captivates the audience.

Photo: There is almost no comparison, the Clash of the Titans remake is action packed with a powerful storyline that captivates the audience.

Original:
This flick was one of the first love stories ever told, and a very cheesy one at that. Perseus takes one look at Andromeda and they fall in love. Perseus falls so hard that he is willing to take the head of Medusa and kill the Kraken just to spend a few moments together. Aside from the sappy plot, the special effects are almost painful to watch. Although it might have been a technological feat of the time (or maybe the result of a small budget) it wouldn't be surprising it if were dubbed as one of the worst movies ever made. On the plus side, sometimes the effects are so bad they make you laugh. To top it off the acting is pretty horrific. It may be a classic, but it is a hard movie to get through.

Remake:
It's difficult to tell whether this movie was amazing on its own or just in comparison to its horrid counterpart. Unlike to the previous plot, which focused on Perseus' unrealistic love at first sight, a powerful force of revenge drives Perseus' quest in this remake. Perseus (Sam Worthington, Avatar) plans to kill the Greek god Hades (Ralph Fiennes, also known the lovable Lord Voldemort) after Hades murders Perseus' adoptive family. Perseus turns the film from what could have been a bad portrayal of a lifeless half god, into a likable, misunderstood protagonist who is on a journey to avenge the murder of the only family he has ever known. Adding another layer to the plot, Perseus follows his path while constantly rejecting his calling as a demigod and son of Zeus (Liam Neeson). The computer graphics are spectacular in this 2010 remake and the fight scenes are realistic.

Allison suggests SCOoping up: The 2010 Remake

Original:
"Wax on, wax off." When Daniel Lorusso moves across the country with his single mother, he is not looking to settle down until he meets Ali, the Los Angeles school's "it” girl. Movie over, right? Wrong. Ali comes with baggage, which includes karate extraordinaire Johnny Lawrence who makes it the goal of his high school career to ruin Daniel's life. Finally, after numerous beat downs, Daniel gains the help of martial arts master, Mr. Miyagi (you might recognize Pat Morita's voice as the Emperor in "Mulan"), an apartment complex repairman. Through the classic heroic journey, Daniel becomes friends with Mr. Miyagi and learns that martial arts is more about defense than about picking fights. "The Karate Kid" is clad with 80s fashion and karate, meaning this movie has something for everybody. The karate is simple, but that leaves no over-the-top digital graphics with matrix-like fighting. The simple tricks and lessons Daniel learns from soft-spoken and hilarious Mr. Miyagi are relatable and make this movie a number one pick for every movie watcher. However, avoid "The Karate Kid, Part II" and "Part III," sequels that ruin the first.

Remake:
The remake of "The Karate Kid" definitely puts a new twist on the original, adding modern aspects that run movies off course nowadays. The movie includes the same basic plot as the original with new characters, new locations and new lessons to learn. Dre Parker (Jaden Smith) moves across the world to China because of his mother's new job. At first everything is normal - as normal as it gets with an American boy in China - but that does not last long. Dre meets Meiying, who unfortunately comes with a nosy family friend, Cheng. Cheng makes it his goal to keep Dre not only away from Meiying, but away from happiness. Just like in the original, Dre enrolls in a karate tournament to prove himself to Cheng. Dre's instructor is Mr. Han (played by the legendary Jackie Chan), but the highlight of this remake is Smith. The young boy plays a stellar character that is different from Daniel in the original. The martial arts in this remake are amazing to watch on screen, although at times they are obviously exaggerated as Dre and Cheng's characters are only 12 years old, and much more unrealistic than in the original. The modern take on the Karate Kid is a fun film for a family to sit around and watch.

Molly suggests SCOoping up: The 1984 Original