Cars zooming around with no one behind the wheel—it may seem like something out of a science fiction movie. However, companies like Uber and Tesla are quickly developing cutting-edge technology and sensors that could make it happen. Thanks to the ubiquity of cars in today's society, the development of self-driving cars has the potential to reinvent our lives.

Self-driving cars rely on sensors, cameras, data processors and artificial intelligence to detect and respond to their surroundings. On-board cameras spot and collect data on things like lane lines, speed limit signs and traffic lights. Radars send out radio waves to sense the presence, distance, angle and velocity of nearby objects. Machine learning, an artificial intelligence tool, trains computers to improve performance and adapt to changing circumstances as it learns from past experiences. 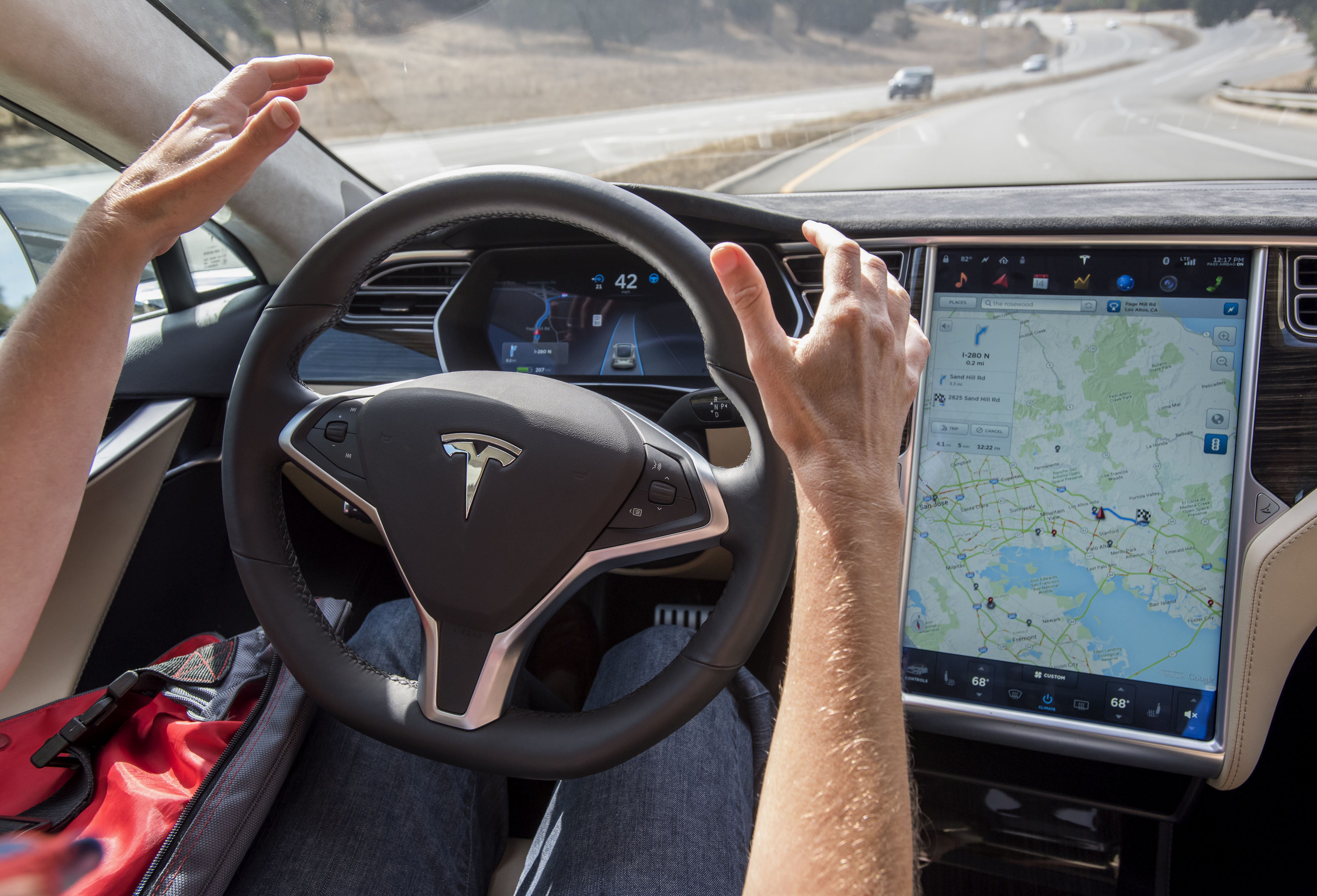 Today's driver-assistance systems, like Tesla's Enhanced Autopilot, offer hands-free driving in some situations, but are still short of full automation on the classification system of Society of Automotive Engineers (SAE) International, an automotive standardization body. In the six SAE Levels of Driving Automation, Level Zero features absolutely no automation, Level One to Level Four feature an automated driving system executing a portion of the tasks, and Level 5 means every task is automated.

Senior Deeya Garg drives a 2015 Tesla Model S, which is a sedan that includes Tesla's first version of autopilot, AutoPilot 1 (AP1). The system can sense lane lines as long as they aren't blurred or snowed over, change lanes with driver confirmation and adjust to the speed and position of cars in front of it.

Even with autopilot on, Garg needs to keep her hands on the wheel while driving. "Once, I took my hands off to do something and the car kept beeping at me. It gave me three warnings and didn't let me use autopilot again for the rest of the trip," she says. Some people use a hack to get around this feature by placing water bottles or other objects on the steering wheel so that the sensor detects a weight and thinks that the driver's hand is on the wheel.

Garg cautions that although the autopilot makes accidents more unlikely, everyone should be careful and not rely on autopilot too much. "You still have to be fully conscious of what you're doing. Some people feel like with autopilot they're in the backseat, and that's not how it should be," she says.

Despite the multitude of companies testing them, fully automated self-driving cars are years away from being available for private ownership. Instead, they will probably debut in limited areas as highway-bound trucks or taxi-like fleets. Before self-driving technology is open for commercial use, government and tech companies must address questions such as how the technology will impact the environment and economy and how to protect it against cybersecurity attacks.