The New York Jets' offense hit rock bottom this past week when they were shutout 34-0 by the San Francisco 49ers. Quarterback Mark Sanchez posted a dismal 2.8 quarterback rating and completed less than half of his passes. He does not deserve all of the blame for the Jets' blowout loss this weekend or their offensive failures, but in a league driven by quarterbacks, Sanchez is not up to the task. 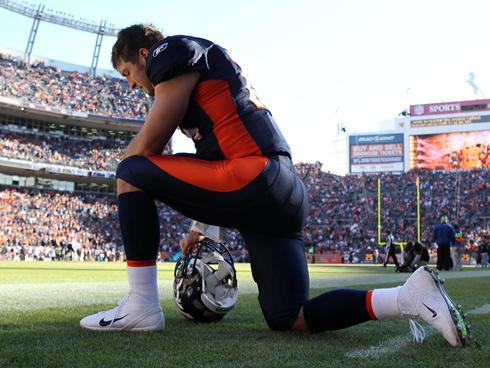 Photo: Tebow mania took the sports world by storm last year when he turned the Broncos' season around.

Photo: Tebow mania took the sports world by storm last year when he turned the Broncos' season around. Photo courtesy of USA Today.

So far this season, Sanchez has had two horrible games, one bad game and one good one. His only two wins, and not horrible games, came against the Bills and the Dolphins, who have the 23rd and 30th ranked pass defenses in the league. Against the Steelers and 49ers, the two teams that beat the Jets, Sanchez threw for a combined 241 yards and had as many interceptions (one) as touchdowns.

Mark Sanchez had time to prove himself as a legitimate quarterback over the past three years and he was given another opportunity this season. The results have been far from impressive. He posted a mediocre 8-8 record last year, missing the playoffs. Although Sanchez did lead the Jets to the AFC championship in 2009 and 2010, he threw more interceptions than touchdowns during that time period, and the fact that the Jets won was because of their defense and running game. 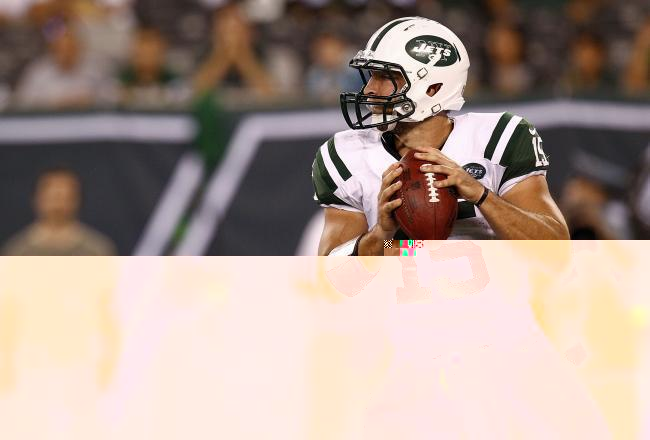 During the Jets two-year run to the AFC championship, they posted the top overall defense in 2009, and the third best defense in 2010. Meanwhile their ground and pound offense allowed Sanchez to be a component of the offense but never the feature. With the Jets defense falling to 21st overall this season and Shonn Greene utterly unable to make progress in the backfield, they are in dire need of a real quarterback to guide them. There is only one answer to the problem: Tim Tebow.

This past offseason, the Jets acquired Tebow from the Denver Broncos in exchange for a couple of draft picks. Tebow had just had one of the most intriguing seasons in recent National Football League (NFL) history while leading the Broncos to the American Football Conference (AFC) semi-finals. Tebow posted an 8-5 record last season as a starter for the Broncos including a first round playoff win against the heavily favored Steelers. In the playoff victory against the Steelers, Tebow threw for over 300 yards, two scores and a 125.6 passer rating. Keep in mind that it was a very similar Steelers team that held Sanchez to 138 yards and a 37 percent completion percentage in week two. 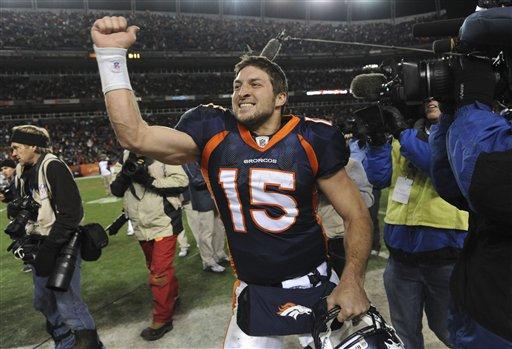 Photo: Tim Tebow led the Broncos to a memorable season last year, highlighted by a playoff victory over the Steelers.

Photo: Tim Tebow led the Broncos to a memorable season last year, highlighted by a playoff victory over the Steelers. Photo courtesy of nesn.com.

Ever since high school, Tebow has won. He led his high school team to a state championship his senior year. He won two national championships during his four years at Florida. And he led the Broncos to their first playoff berth since 2005. So why is he not starting? Scared off by his funky throwing mechanics and lack of passing accuracy, many chose to ignore the fact that Tebow posts very good statistics in the only thing that matters: winning.

Regardless, Tebow's chance to play quarterback for the Jets will come very soon, as another terrible game is on the horizon for Sanchez. On Monday, Sanchez and the Jets will face the Houston Texans, who have the second best pass defense in the league and a 4-0 record. At some point during the inevitable loss that the Jets are about to suffer to the Texans, the Tebow chants will be heard loud and clear from the restless Jets fans.

The way things are going right now, the Jets will have to start Tebow sometime this season. The only question is when. Another awful performance next week against the Texans and Tebow's time could come as early as week six against the Colts. When Tebow does take over the offense for the Jets, don't expect him to have the same fairy tale success he had last year with the Broncos nor will he necessarily be the long-term answer for New York. But I will guarantee you one thing: Tebow will give the Jets a better chance to win games than Sanchez does. You never know, another late season surge and Tebow could have the Jets right back in the playoff hunt. So get ready folks, because it's Tebow time.