"Unleashed," the Slam Poetry Club's first event, took place on Friday during fifth and sixth period in the Media Center. "Unleashed" was an open-mic for Blazers who wanted to showcase their talent or practice performing. 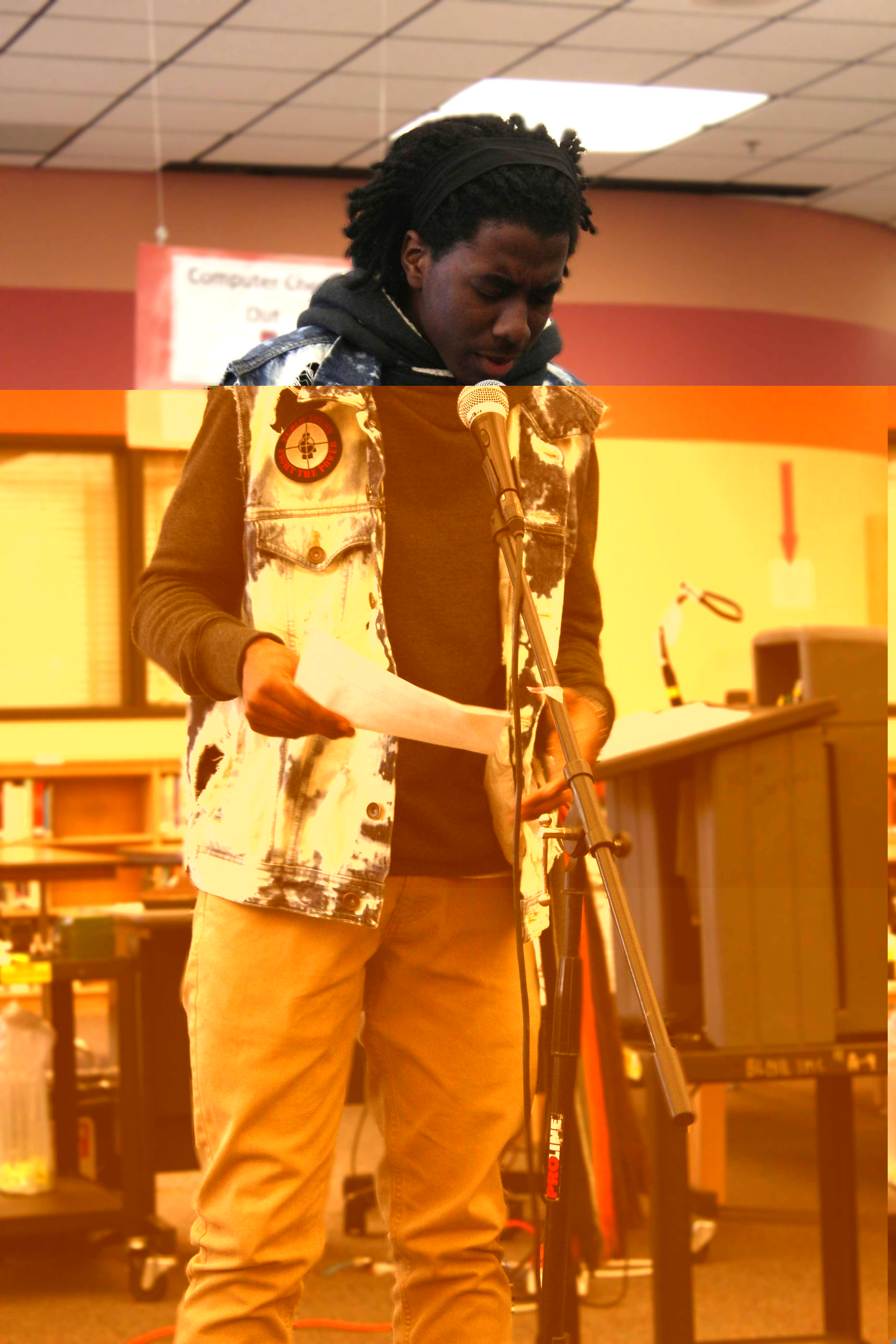 Junior Josh Briggs and sophomore Naomi Weintraub both hosted the event and performed. About fifteen students, some of whom are club members, performed during sixth period. There were a variety of performances, including poetry, singing and rapping. Students performed original work and musical covers. One of the more memorable covers included "A Change is Gonna Come" by Sam Cooke, performed by juniors and non-club members Langston Cotman and Michelle McGhee.

Some students performed very personal works. Sophomore Gary Omeir, a Slam Poetry Club member, presented an original poem inspired by his deceased cousin. "I feel as though he is gone—he left the world, but he is with me spiritually. That's what my poem is about—saying thank you," Omeir said.

In addition to club members and other students, the open-mic also included out-of-Blair talent, such as professional poet Matthew Cuban, 25. He closed the event with a short haiku and another poem. Though he was interrupted by the bell during his longer poem, students waited to listen to him finish.

Read More: Blair slam poets move to their own beats

Silver Quill's literary arts magazine, has hosted open mic events in the past. One of the differences of Silver Quill's events when compared to the Slam Poetry Club's event was the hosts' interaction with the audience. Instead of solely introducing the next performers, Briggs and Weintraub energized the crowd. "It's different than Silver Quill because it has a different vibe—a more natural vibe. We interact with the crowd. Silver Quill has more of a force of music, and most of the performers come from outside of their club. With this event, it was mostly the people from our team, who wanted to spit, that signed up," Briggs said.

The Slam Poetry Club meets every Thursday from 2:30 to 4:00 p.m. The club strives to enhance the writing and presentation of its members.