Spy in the city

Oleg Ledvekov is trying to steal American secrets for the Russians. He has an accomplice with dangerous access to important American secrets, and she's prepared to spill if her price is met. The only people standing between the Russian spies and top-secret American intel are your trusty entertainment editors. Our mission? SlyFox.

Okay, so maybe we didn't actually spend our Saturday afternoon securing the nation against Russian infiltration. But we felt like top secret agents during the International Spy Museum's Spies in the City experience, a GPS-guided walk around D.C. that challenges players to complete a spy mission.

We were sure that all the hours we'd watched of James Bond and "Chuck" would prepare us to take on the Russians. Besides, in the recent television hit "Covert Affairs," rookie Annie Walker (Piper Perabo) who only recently made it out of CIA training, takes on foreign military with a blind side-kick/mentor. If she can do it, spying should be a walk in the park for your Silver Chips dynamic duo. 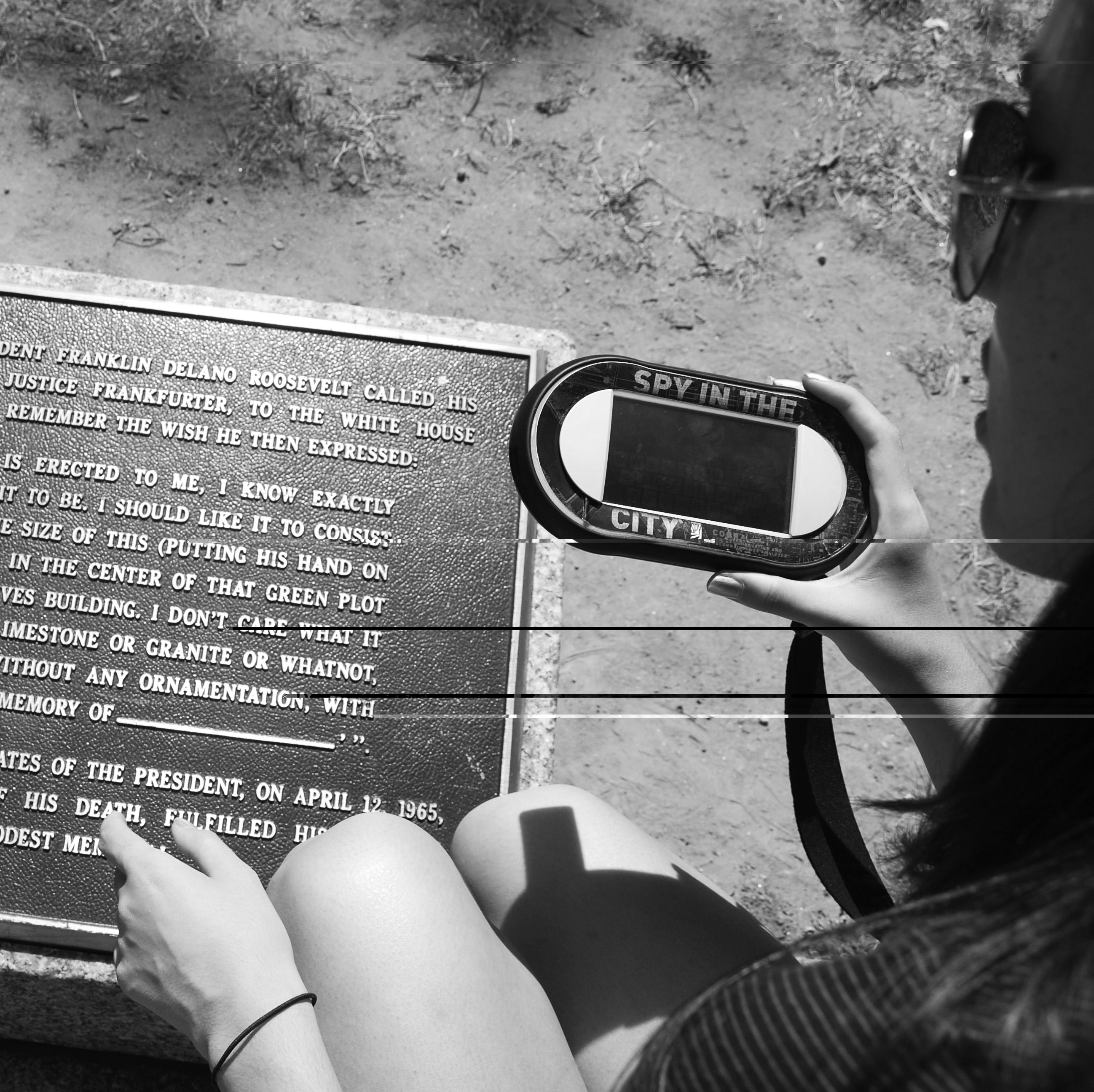 Photo: Jialin uses the Geo-COBRA GPS system to decode a secret message for the mission.

Photo: Jialin uses the Geo-COBRA GPS system to decode a secret message for the mission.

Spies in the City offers two missions - Operation SlyFox, a one-hour, one-mile challenge and Operation CatBird, an hour and a half, 1.2 mile mission. The Geo-COBRA GPS system completely guides the adventure, receiving messages, processing information and directing players. We decided to try out Operation SlyFox. Dressed casually to blend in, we arrived at the Spy Museum a little before 1:00 to pick up a $14 ticket. As soon as we powered on our COBRA, our mission came in. We were briefed on Ledvekov's diabolical intentions and told that a substance called Spy Dust sprinkled on his car handle would allow us to search an area for Ledvekov.

The COBRA gave us the choice between three restaurants to look for Ledvekov. After a brief conference, we picked Poste for its sophisticated name, agreeing that it was just the type of place a spy would eat. Our multi-purpose COBRA detected traces of Spy Dust outside the restaurant. We only had enough time to exchange high fives and agree that we were natural spies before our COBRA beeped again to alert us of an incoming message. The COBRA picked up visuals of Ledvekov meeting with a woman outside Poste. We let our COBRA work on determining the highly suspicious mystery woman's identity and headed to our next destination, the Roosevelt memorial.

After learning that Natalie's poor sense of direction can get us lost even with a GPS, we finally found the Roosevelt memorial, a small plaque. After several minutes of fancy spy work, we managed to use the text on Roosevelt's plaque to decode the message, "GO TO OLD PO PASSWORD IS ULTRA." As the excitement of our case started to build, we headed over to the Old Post Office with quickened steps and entered the password 'ULTRA' into the COBRA. Our mission was briefly interrupted by intelligence from the central office informing us that the mystery woman who met with Ledvekov at Poste was an aerospace engineer with Southrup Industries named Emma Patterson. With TS/SCI clearance and access to important and secret information, Patterson seemed like an all-around threatening character.

With Patterson on the move, our efforts redoubled. At our COBRA's direction, we raced to the Benjamin Franklin memorial and punched in the four "P"s that appear around the base of his statue, "philanthropist, printer, patriot and philosopher." Then our COBRA sent us over to Ollie's Trolley to record the winning number of the day (26) and the bank building at 11th and E to record the symbol engraved on the southwest corner (a snowflake). Suddenly, a message popped up on our COBRA. Patterson was in a dressing room at a nearby clothing store, and the COBRA suggested that she might be conducting a clandestine meeting! We dashed up the street to press our COBRA against the exterior wall of the dressing room of the clothing store. After frantically tuning our COBRA to eliminate static, Patterson's fateful message came through, "I'm about to deliver the goods you're going to receive at St. Patrick's." The race was on to St. Patrick's church, where our COBRA instructed us to act casual and keep on the look out for suspicious looking people. We eyed some tourists poking around the outside of the church, assuming they were Russian spies sent to take us down. Luckily, we avoided the tourists long enough to plug the snowflake symbol into our COBRA and intercept Patterson's communication.

To make things right after our little slip, we helped the government finally catch Patterson. Pretending to be the Russians coming to pay her back, we arranged a meeting with Patterson at Zola, a restaurant within feet of the Spy Museum. Of course, Patterson showed up to claim her reward, but instead found herself in the custody of the United States Government. The government thanked us graciously for our hard work and even offered us future jobs if we could get our loyalties straightened out.

Besides figuring out that we might be slightly treacherous, Spy in the City was a great way to relive those childhood days of sneaking around couches with cheap walkie-talkies in a much bigger and badder way. While it's a little pricier than your average trip to the movie theater, the program is well organized and went off without a glitch. It's a fun way to add variety to your weekend plans, especially if it's a beautiful day out and you're ready to do some serious "Mission: Impossible" impersonations, complete with finger-guns.

Spy Dust, while it sounds like something out of a movie, is actually a real tool used by spies. Technically known as nitrophenylpentadienal, or NPPD, Spy Dust was used by the Russians in the ‘60s and ‘70s to aid in tracking down whomever they could tag with the chemical. The almost invisible powder can be applied to nearly everything, from a person's clothing to car handles and doorknobs. The powder glows under ultraviolet light, making it easy to trace.