"After a half-time talk, they realized that we weren't winning enough balls and weren't playing decisively enough," Haigh said. "The team took it as a challenge and played much harder [in the second half]."

Blair's performance in the first 15 minutes was lackluster, but fortunately RM did not show much energy either. Blair had the only minor chance in this period when Ibrahima Kouyate cleverly avoided several defenders before passing the ball out wide to Rohan Oprisko, who delivered a dangerous low cross that the RM goalie parried away.

More noteworthy during the stagnant first few minutes, however, was the entrance of 2012 first-team all-state member Donald Benamna, whose injury forced him to sit the first two games. "It feels great to be back. I was out for three weeks because I pulled my hamstring but my teammates kept pushing me," Benamna said.

Haigh was just as glad to see his star back on the field. "Donald's a special player — his impact is almost immeasurable. He's probably, from what I've seen, the best player in the county and one of the tops in the state. Any time he's on the field, I like our chances," Haigh said.

With 23 minutes left in the first half, Blair took the lead. Kouyaté intercepted an RM pass, dribbled skillfully around mutiple defenders and deposited a low, curling shot from just outside the box into the bottom-right corner of the goal.

Five minutes later, Blair put another ball in the back of the net, but this time it was waived back for offside. After receiving the ball near the edge of the 18, Benamna struck a shot that was blocked into the path of Patrick Okombi, who, according to the referee's decision, was in an offside position at the time of the shot. Much to the disappointment of the loud Blair supporters in the stands, the goal was disallowed.

The game returned to a stalemate after that sequence until, with two minutes left in the half, the visitors leveled the score at 1-1. RM controlled the ball on the left wing, near the edge of the box. The passing appeared quite harmless until a Rocket took a quick shot. Although not too powerful, the ball was high enough to only allow goalkeeper Matthew Guerrera fingertips on it — not enough to steer the shot wide.

Blair's second half was much more lively than the first. Seven minutes in, the RM keeper denied Benamna of a goal from point blank range. Then, shortly after, Wako Wako sent cross that landed at the feet of Benamna who emphatically shot the ball into the upper left corner to give Blair a 2-1 lead.

The Blazers' next chance came courtesy of a RM sloppy pass and good anticipation from Shakiel Wray. He pounced on a defender's weak pass and found himself on a breakaway, but the RM goalie made a good save. 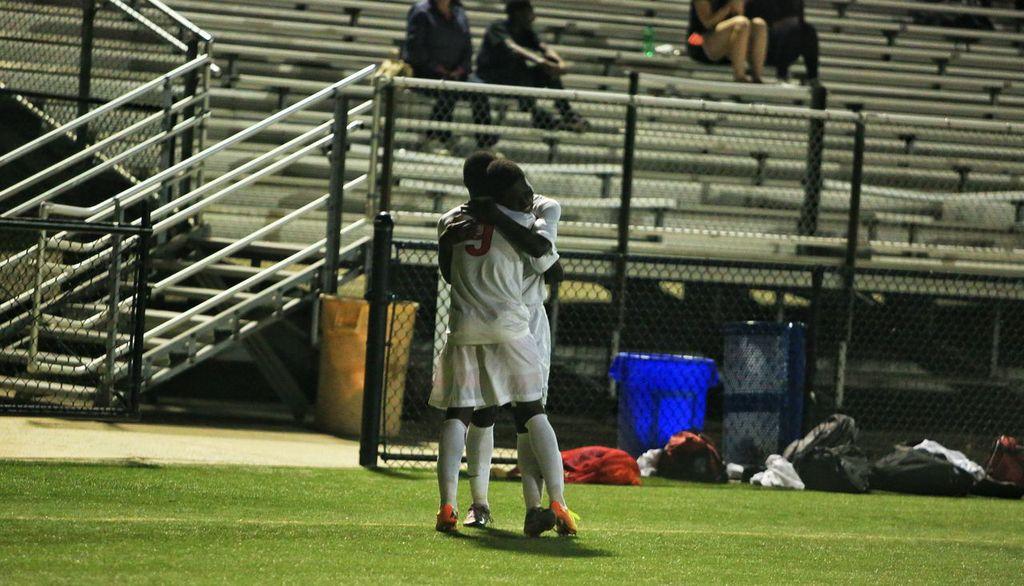 Benamna then tacked on one more goal to secure the game. Only seven minutes remained and RM needed a goal so they pushed all but one field player forward. On a counterattack, Kouyate received the ball from Blair's side of midfield and began dribbling at full-speed down the wing, and no RM player had the pace to catch him. Only one Rockets defender stood between the ball and the goal. Meanwhile, Benamna was simultaneously running down the middle of the pitch. When the defender finally stepped in to stop the ball, Kouyaté coolly slotted a pass to Benamna who tucked the ball into the right corner. 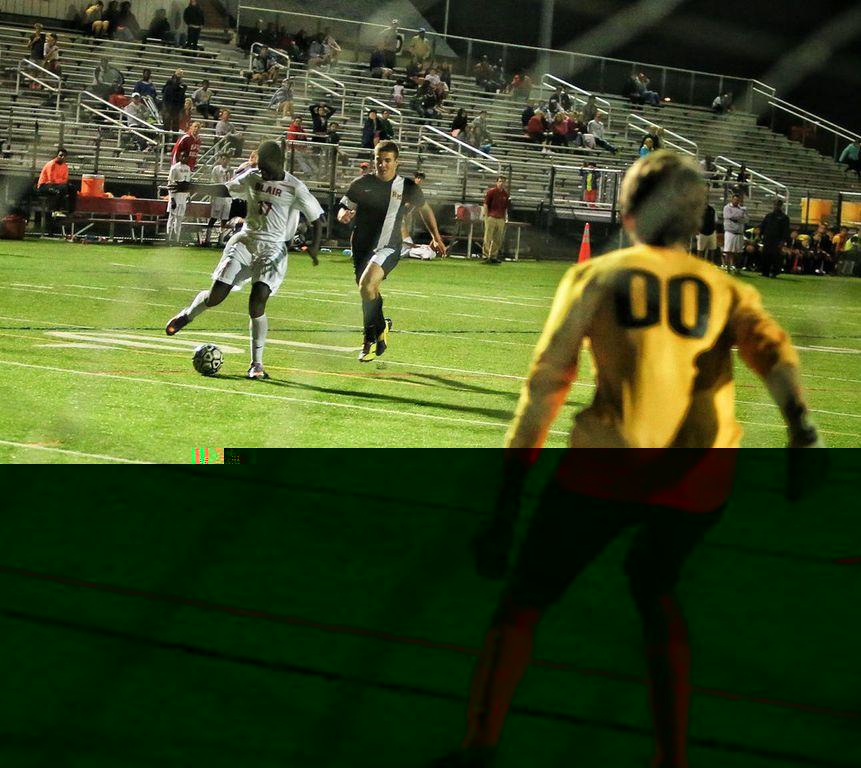 Soccer pass of a champ

"I knew [Kouyate] was going to pass it," Benamna said. "He's been my teammate for a long time."

Haigh praised Kouyaté for this unselfish play. "The man with the ball on a two-on-one should always draw the defender and the goalie across the goal and pass [the ball] across the mouth," he said. "It was textbook."

The Boys' varsity soccer team's next home game is against Churchill High School on Friday, September 27 at 7 p.m.