Student athletes who play school sports shouldn't be required to take P.E. — they need a chance to take another elective.

Imagine this: you're running, jumping, and playing a sport you don't like. You see other people taking a class that you're interested in, but you can't fit it in your schedule because you have to take your required physical education (P.E.) class credit. In a few hours you'll be at practice, exercising more than you did in P.E. and for a sport that you actually love.

So what was the point of taking the P.E. class?

MCPS requires all high school students to take a year of P.E. in order to graduate. The intention is for students to be more active; however, for student athletes, this is unreasonable.

MCPS Supervisor of K-12 Health and Physical Education Cara Grant explains how the goal of P.E. class is to help students find something active that they can enjoy for the rest of their lives. "Our goal is that students walk away from MCPS with something that they love doing with movement, and that we've equipped them to be comfortable moving," Grant says. This ties into the county's Be Well 365 initiative, which focuses on student's health regarding the mind, body, and spirit.

Although P.E. is one way to teach students the importance of physical activity, high school sports offer the same lessons, albeit in a more rigorous environment . 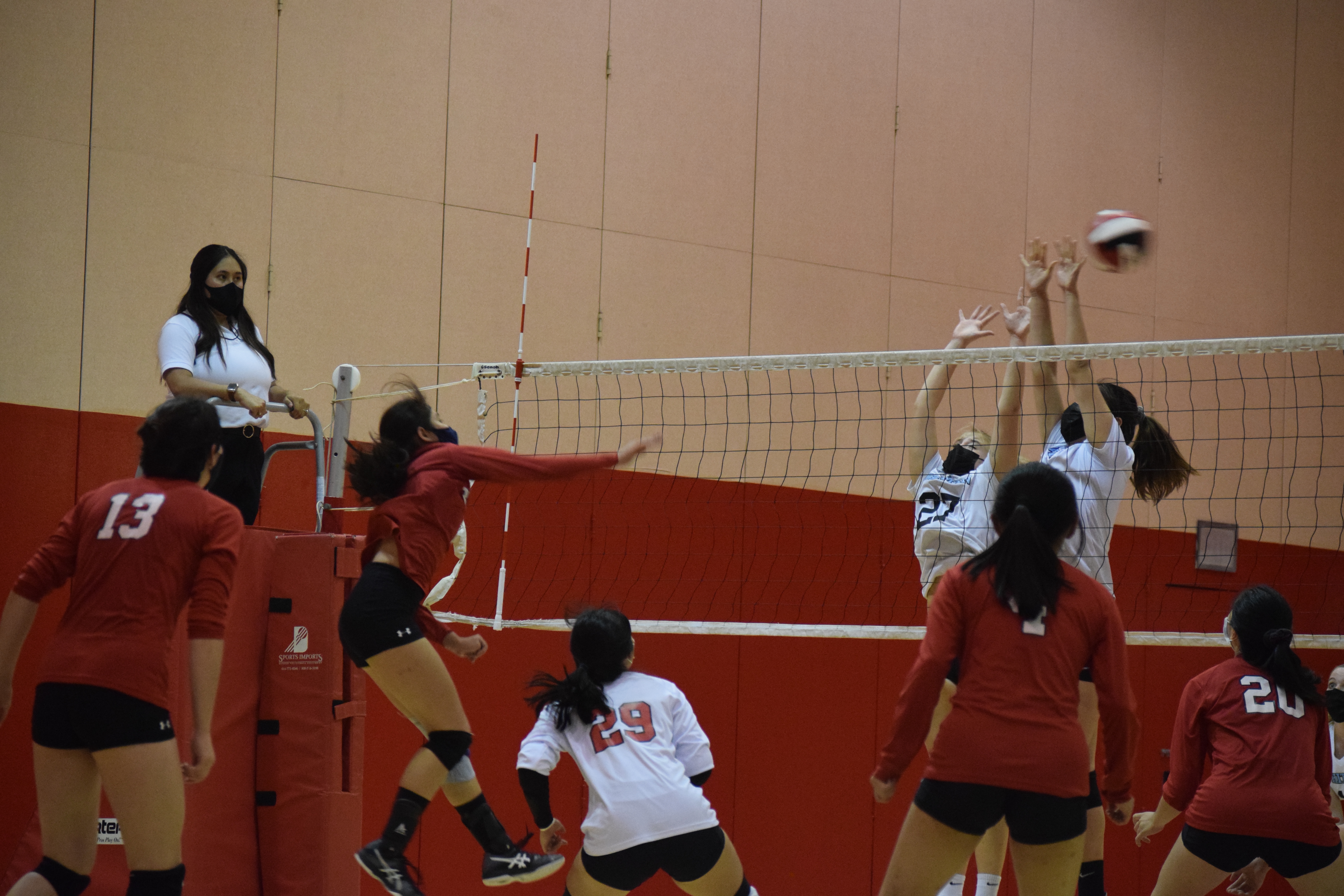 Photo: Blair student athletes competing in a game after school.

This well exceeds the total hours spent in P.E. classes each year (on average 135 hours), and oftentimes high school sports are more rigorous than P.E. classes. Practices are geared towards preparing for games, and with the end result in mind, athletes put in more effort.

Many student athletes also participate in multiple school sport seasons – up to three per year – and this demonstrates a dedication to physical health and exercise that far exceeds the demands of a P.E. class.

On the other hand, some student athletes state that P.E. class is beneficial for their sport. For example, football players such as senior Andrew Merrill take weight training, which complements the skills needed in football. However, this situation where the P.E. class supplements the sport doesn't apply to all sports, especially since there aren't enough sport-specific gym classes to benefit every student athlete.

In most P.E. classes, students dabble in a variety of recreational sports like basketball, soccer, and pickleball — with less focus on each sport and the proper technique, these classes aren't worthwhile for student athletes.

As a volleyball player myself, I chose to take net sports, thinking it would be the most applicable class. Instead of improving my skills in volleyball, I played with the incorrect size court and net height, thus throwing off my perception in the real game.

I found myself wishing that I could have taken a STEM elective like genetics to pursue an interest that would make me a more well-rounded student athlete. With sports already consuming a majority of free time, having the flexibility to pursue academic interests during school is invaluable.

According to Athletic Director Rita Boulé, the number of students who have tried out for winter sports and fall sports have generally stayed the same with slight increases and decreases from year to year. If we want our sports teams to be more competitive at the state level, we need more participation in tryouts.

Not only must we focus on advocating for this policy, but also on how to effectively implement it. One possible method is after each season passes, the head coach submits a form listing every student who completed an entire season. This ensures that a credible source is confirming that a student athlete participated in a sport. It also creates accountability for the student athletes, since they can't earn credit by simply trying out and quitting after making the team.

Overall, P.E. is important for students who need more exercise, but for student athletes who already exercise above and beyond what's expected, P.E. is not needed. If student athletes don't have to take P.E. classes, they can choose another elective that they're interested in and more students will try out for school sports. It's a win-win. All we need to do now is to implement it.