Senior Alwin Chen, 18, was arrested at Clarksburg High School on Thursday, Feb. 15 at 2:20 pm, after he was found with a loaded 9mm handgun in his backpack, a knife in his pocket and a list of grievances against other students. On Tuesday, Feb. 20, police released a statement that they had searched Chen's home and found replica, non-explosive grenades and firing devices. Chen is being held without bond until his trial.

The police officer assigned to Clarksburg High School learned before 2 p.m. on Thursday that a student might have a weapon. Capt. Paul Starks, a Montgomery County police department spokesman, said that he cannot reveal how the school learned of Chen's weapon.

Chen told the officers that he planned to use his gun for target practice after school. Later, he changed his story, claiming that his gun was intended for self-protection because he had been bullied. 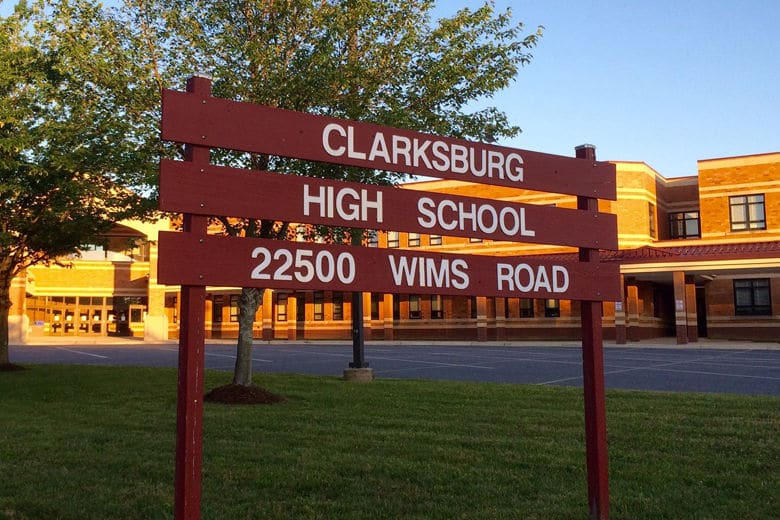 Photo:
Montgomery County's State Attorney, John McCarthy, stated that after a preliminary screening, Montgomery County officials ordered Chen to undergo a psychiatric evaluation. "Multiple people, including the crisis intervention team and the court diagnostic team that screened him before the bond review, were all making recommendations that there be a psychiatric evaluation for dangerousness. They did in fact order that evaluation and there is no court date yet set in this matter," McCarthy said.

Chen's defense attorney, David Felson, maintains that Chen's possession of firearms did not pose as a threat to school safety. "There is no allegation that he presented a danger," Felson said.

According to prosecutors, however, Chen admitted to assembling the gun himself with parts he purchased from Home Depot. He also brought the gun to school in a holster and wore body armour several times.